Democratic presidential candidate Julián Castro said Wednesday his health care plan would protect abortions for transgender women, who are not able to get pregnant.

NBC moderator Lester Holt noted every candidate on the stage at the first Democratic primary debate supported abortion rights, and Castro replied in the affirmative when asked if his government health care plan would cover abortions.

"I don't believe only in reproductive freedom. I believe in reproductive justice," Castro said to applause from the Miami audience. "What that means is that just because a woman—or let's also not forget someone in the trans community, a trans female—is poor, doesn't mean they shouldn't exercise that right to choose. So I would absolutely would cover the right to have an abortion."

Castro perhaps meant trans males in his response, since trans females were born male and don't have uteruses.

The Sacramento Bee reported in 2017 there was a potential scientific possibility for them to receive uterus transplants and have children, although it also conceded "all documented trials on uterus implants have been with patients who were born female."

Castro said abortion rights were under assault in Republican-led states, and he said he would appoint judges who follow Roe v. Wade as precedent. Several leading 2020 Democratic candidates have said they would codify the landmark abortion decision if they became president. 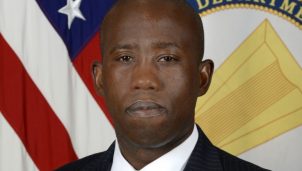