The media has attempted to create a firestorm of outrage over politicians and commentators referring to so-called "no-go zones" in certain neighborhoods of Paris and London where the Muslim population has grown over the past several years.

Most recently, Gov. Bobby Jindal (R., La.) faced criticism for using the phrase while making the case for greater immigrant assimilation in Europe.

"It is startling to think that any country would allow, even unofficially, for a so-called ‘no-go zone.' The idea that a free country would allow for specific areas of its country to operate in an autonomous way that is not free and is in direct opposition to its laws is hard to fathom," he told CNN.

Amb. John Bolton appeared on Morning on the Mall on WMAL radio in Washington, D.C., Thursday. I asked Bolton about the kerfuffle about the phrase and, once and for all, do these "No-Go Zones" actually exist?

"What has happened in a number of European countries is that immigrants have come in. They have kept to themselves in France or the suburbs in Paris … and the phrase "no-go zones" has been used over and over again for a number of years. It does not connote a complete loss of sovereignty by the government. It does not connote an officially legislated "Apartheid" kind of separation. These are just residential areas that prudent people don't go in at certain hours of the day … nor do the police. Not because of official policy but because they're worried. "

Bolton said some analysts provided seriously erroneous information about the topic in recent days but said the assimilation of immigrant populations in these European cities poses a serious challenge. 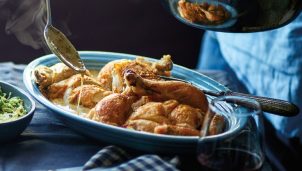