Allen West to FAU Students: This Is Your Final Warning

Former congressmen warns activists: 'You will face me.'

Former congressman Allen West (R., Fla.) posted a message on Facebook Wednesday warning a group of students from Florida Atlantic University that if they continue to harass his wife "you will face me."

"The students from Florida Atlantic University who have gone to my wife's office, stalked her at the FAU Board of Trustee meetings, and sent letters to her company headquarters, end it now," West wrote in his message, posted at 11:21 a.m. "This is not a threat, it is a promise that if Angela calls and tells me of one more incident, you will face me, the side of me that you do not want to see."

West, a former Army lieutenant colonel, retired from the U.S. Army in 2004 following a controversy over methods used during an interrogation of an Iraqi detainee.

West informed the students that he understood why he, a public figure, is the subject of smear tactics originated by the late Chicago activist Saul Alinsky.

However, he added, "My wife Angela is an American citizen and if you believe that you can intimidate her to surrender her freedoms you are mistaken."

"This is your one and only advisory notice," he said.

More than 9,000 people have liked Col. West's post at this writing. 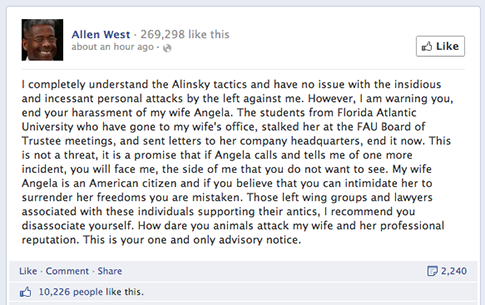 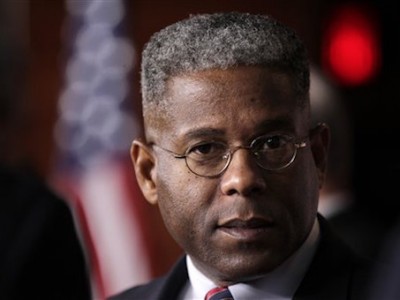 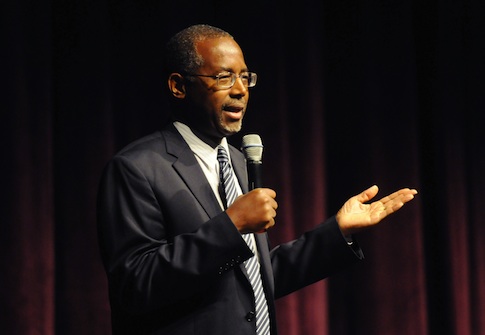 Hillary Clinton Supporter: Ben Carson ‘Trying out for Uncle Tom’s Cabin,’ ‘Men Have Proved They Like to Start Wars’