Sen. Raphael Warnock (D., Ga.) sent a fundraising email asking recipients to identify their support for "repealing strict and burdensome voter ID laws" just hours after he claimed he has "never been opposed to voter ID."

The email, which Warnock's campaign sent Thursday night, contains a survey for "top supporters" to give their "critical insights" on GOP-led "voter suppression." The survey includes a question asking respondents to note their top priorities for "voting rights reforms" as Democrats look to "take action at the federal level."

"Repealing strict and burdensome voter ID laws," read one of the responses to the question. 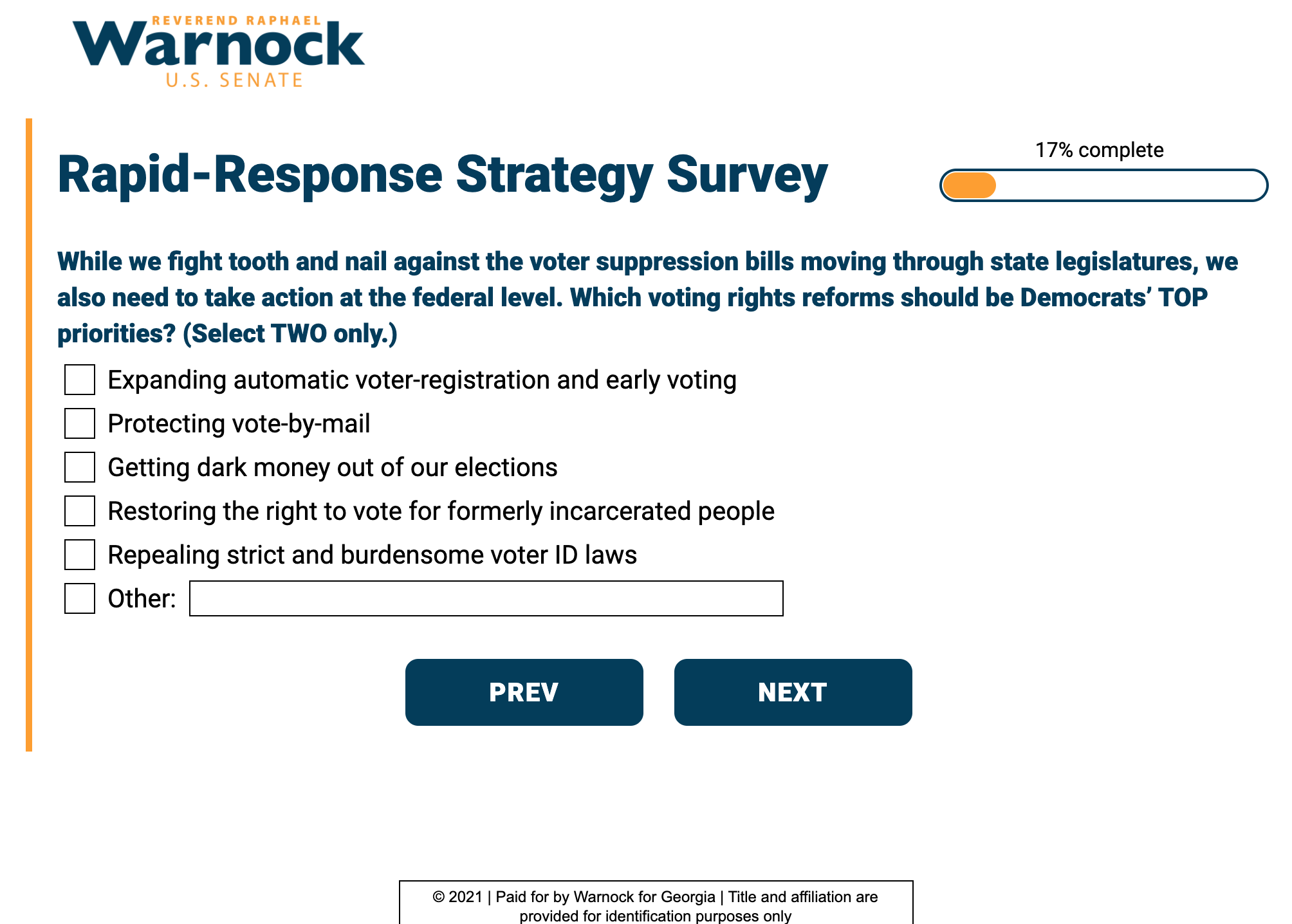 Just hours earlier, NBC News published a report in which Warnock claimed he has "never been opposed to voter ID" and "in fact" does not "know anybody who is."

Warnock, however, has attacked voter ID laws for years.

In 2018, he penned an Atlanta Journal-Constitution opinion piece invoking Martin Luther King Jr. to chastise Georgia's "unnecessary and discriminatory voter ID laws." Two years earlier, Warnock gave a lecture lamenting "all of these voter suppression laws saying we've got to have voter ID laws because if we don't they might vote twice," adding, "Are you kidding?"

During a 2015 sermon, Warnock said "dealing with these voter ID laws … is not about voter verification, this is about voter suppression." And in 2012, he labeled voter ID laws "unnecessary and unjustifiable," according to the Augusta Chronicle.

Warnock's campaign did not return a request for comment.

The Georgia Democrat's comments to NBC News came after Sen. Joe Manchin (D., W.Va.) offered a compromise on Democrat-backed federal voting legislation that—unlike the original proposal—includes a voter ID component. According to Manchin, his party's original bill consists of "partisan policymaking" that "won't instill confidence in our democracy—it will destroy it."

"Unfortunately, we are now witnessing that the fundamental right to vote has itself become overtly politicized," Manchin wrote in the Charleston Gazette-Mail. "Today's debate about how to best protect our right to vote and to hold elections, however, is not about finding common ground, but seeking partisan advantage."