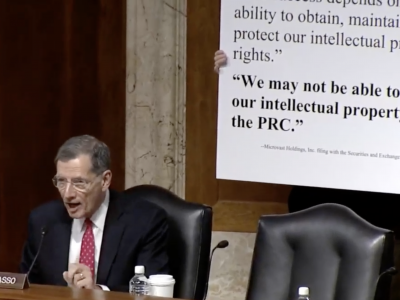 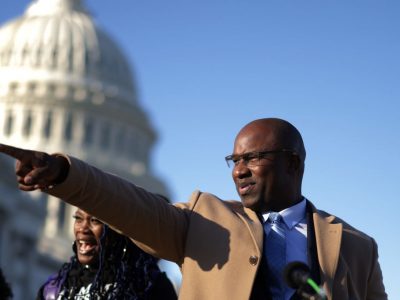 On Nov. 3, Cortez Masto said she was "so glad" to speak at Battle Born Progress's annual fundraising event, lauding the liberal group as "incredible advocates for our state." The self-described "public relations firm of the progressive community in Nevada," Battle Born Progress has taken a number of radical positions on hot-button issues, including the movements to defund police and teach critical race theory in K-12 classrooms.

In July 2020, Battle Born Progress called to "save money by defunding" the state's police presence in schools, adding that "police officers in schools help foster the school-to-prison pipeline." Roughly one year later, executive director Annette Magnus argued during a Battle Born Progress virtual event that Nevada "should be teaching" critical race theory in public schools because "young people need to know this information."

Cortez Masto's close relationship with Battle Born Progress—less than one week after her fundraising appearance, the Democrat held a tele-townhall with the group—could become a political liability as she enters a difficult reelection battle in 2022. According to a 2020 Las Vegas Review-Journal poll, nearly two-thirds of Nevadans oppose cuts to police department funding. In June, meanwhile, a Reno-based school district ditched its plan to enact a "social justice curriculum" for elementary school students amid backlash from local parents.

Battle Born Progress advocated critical race theory during an August virtual conversation with No Racism in Schools cofounders Akiko Cooks and Jshauntae Marshall. After Cooks noted she "absolutely" supports critical race theory but is not "yet" focused on including the framework in public school curricula, Magnus said she "like[s] the 'yet' part, because that's exactly right."

"I mean, eventually, yes, we should be teaching that," Magnus said. "Young people need to know this information. I would love to have known that information."

Cooks, whom Magnus said she is "very close" with, is also tied to the defund police movement. According to her LinkedIn, she works as an organizer for Mass Liberation Project NV, which aims to "abolish the criminal legal system as we know it." The group in 2020 disseminated petitions to defund the Las Vegas Metropolitan Police Department and has likened policing to "terrorism."

In addition to Battle Born Progress's call to teach critical race theory in public schools, the group has attacked Nevada parents who oppose the controversial curriculum. In August, the group tweeted a photo of a mother who spoke against critical race theory at her local school board meeting, calling the woman "another 'Karen'" who holds "conspiracy-laden beliefs."

Battle Born Progress has received tens of thousands of dollars in funding from the Sixteen Thirty Fund, a George Soros-funded group that funnels millions of dollars to liberal causes but does not disclose its donors. According to the Sixteen Thirty Fund's IRS filings, the group gave nearly $6,000 to Battle Born Progress in 2017 and an additional $90,000 to the Nevada nonprofit in 2018.

Cortez Masto has condemned so-called dark money groups like the Sixteen Thirty Fund. In a September press release, she stressed the need to "put power back in the hands of the public" by "getting dark money out of politics."

Cortez Masto joined the Senate in 2017 after she defeated Republican challenger Joe Heck by less than 3 points. A slew of Republicans have entered the race to unseat her in 2022, including former state attorney general Adam Laxalt and Army veteran Sam Brown.