Rep. Alexandria Ocasio-Cortez (D., N.Y.), a prominent critic of capitalism, is selling sweatshirts on her campaign website that feature the socialist mantra "tax the rich." The sweatshirt can be yours for a steep $58 (not including tax). 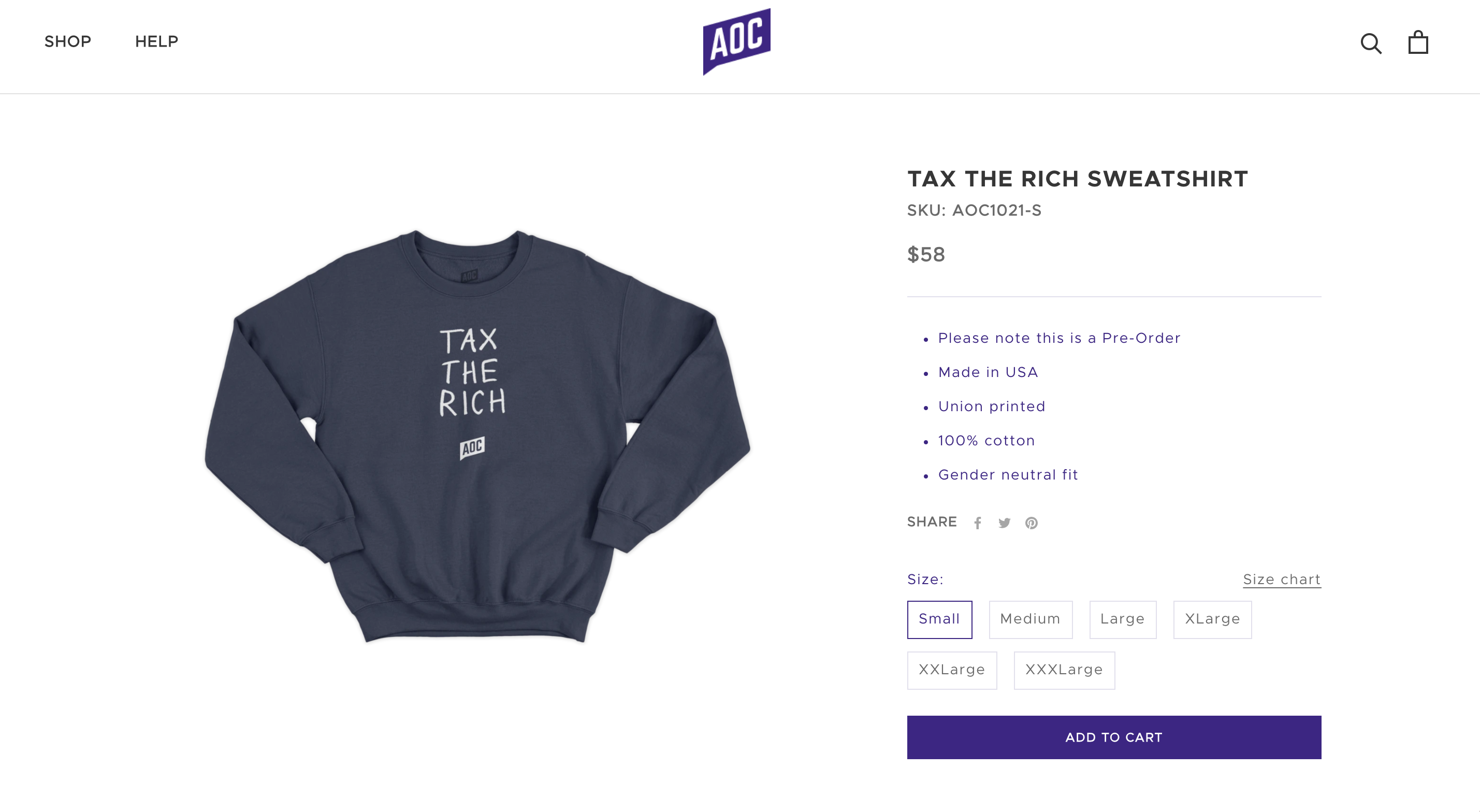 The union-printed navy sweatshirt is gender-neutral and features white lettering with an "AOC" banner logo. Though the sweatshirt was sold out as of Thursday morning, those willing to drop $60 could preorder it while it was being restocked.

Other newly added AOC swag items include a $5 "drink water and don't be racist" sticker and a $27 T-shirt with "The Green New Deal" printed on it. The Federal Elections Commission considers purchasing Ocasio-Cortez swag a campaign donation, so it is not tax-deductible.

To pay for her $93 trillion Green New Deal by herself, Ocasio-Cortez would have to sell 3.4 trillion of her "Green New Deal" T-shirts or just 1.6 trillion "tax the rich" sweatshirts.

According to a Brookings Institution report based on Congressional Budget Office data, the wealthiest 1 percent of the country pay 16 percent of all income taxes. The top 5 percent pay 69 percent of all federal taxes.