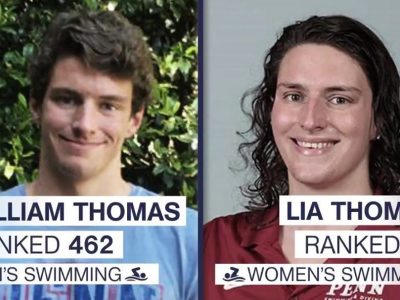 Stewart, who won the league's MVP award in 2018, is a free agent courting offers from several teams during the off-season and has reportedly raised the issue of private air travel as part of these negotiations. According to ESPN, it's an issue being discussed throughout the league due to the "assumption" that when former Russian convict Brittney Griner returns to the WNBA, she "will need to fly privately due to security concerns."

Griner was arrested on drug smuggling charges at a Moscow airport in February 2022. She was subsequently convicted and sentenced to nine years in prison. Griner was released in December in exchange for Viktor Bout, a.k.a. "the Merchant of Death," a notorious arms-dealer convicted of plotting to kill Americans.

The alleged "security concerns" that would make it unsafe for Griner to fly on a commercial flight within the United States are not specified.

The WNBA costs about $70 million per year to operate and generates just $60 million in revenue. The NBA, which makes money because people like to watch it, subsidizes the women's league in the name of equity. WNBA teams typically travel on commercial airlines to save money. Chartering private planes for the entire league would cost an estimated $30 million per year.

Liberals complain that WNBA players don't make as much money as their NBA counterparts, which is why Griner, Stewart, and others are forced to play abroad in Russia or Turkey. Griner and Stewart are among the league's highest-paid players, taking home $228,000 per year (not including bonuses) on top of endorsement deals worth about $1 million.

Former president Barack Obama defined "wealthy" as an individual earning more than $200,000 annually and called for higher taxes on these individuals to pay for government programs. "I do think at a certain point you've made enough money," he said in 2010. (Obama and his wife are estimated to have a net worth approaching $100 million.)

Women's sports will never be as popular or profitable as men's sports, and that's okay.