At some point last week as I was working my way through Metropolitan, Barcelona, and The Last Days of Disco—Whit Stillman’s triptych from the 1990s, each for sale separately and also helpfully collected in a new set by the Criterion Collection*—I realized that Chris Eigeman was my spirit animal.

Well, not Eigeman per se. But the characters he plays in Stillman’s ’90s trilogy, which are all imbued with a kind of wild-eyed, boisterous, ironically genuine sense of how society should be ordered and how people should present themselves to the world.

"You know that Shakespearean admonition, ‘To thine own self be true’?," Eigeman’s Des asks in one of the more famous moments of The Last Days of Disco, Stillman’s tribute to New York in the waning days of the disco era. 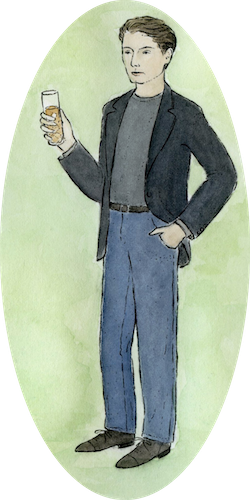 "It’s premised on the idea that ‘thine own self’ is something pretty good, being true to which is commendable. But what if ‘thine own self’ is not so good? What if it’s pretty bad? Would it be better, in that case, not to be true to thine own self?" It’s a fair point—the impulse to shape and mold not only who we are but also how we’re perceived—and one that echoes throughout these films. But I prefer an earlier soliloquy on a Disney classic.

"He’s a self-confessed chicken thief. An all-around sleaze-ball," says Josh (Matt Keeslar) of Lady and the Tramp’s male protagonist. "It’s a primer on love and marriage directed at very young people, imprinting on their little psyches the idea that smooth-talking delinquents recently escaped from the local pound are a good match for nice girls from sheltered homes." Nice guys finish last, Josh is saying. But Des—a Tramp figure of a sort looking for a Lady of his own—counters persuasively.

"God you’re nuts," Des says. "Isn’t the whole point that Tramp changes? Okay, maybe in the past he stole chickens, ran around without a license, and wasn’t always sincere with members of the opposite sex. But through his love for Lady and the beneficent influences of fatherhood and matrimony, he changes and becomes a valued member of that, you know, rather idyllic household."

Des may be engaged in a bit of sophistry here—it’s sometimes hard to tell when he’s being sincere—but his overarching point is key: social institutions are important, moderating factors on behavior.

Eigeman’s Nick in Metropolitan—Stillman’s 1990 debut about a group of teenaged friends navigating the dying debutante ball scene and celebrating the virtues of the Urban Haute Bourgeoisie (UHBs, for short)—is the sort of guy who prompts a lot of mutterings along the lines of "he’s a jerk, but he has a point." While bouncing ideas off his more philosophically inclined friend Charlie (Taylor Nichols), Nick’s worldview comes into focus.

From his distaste for the titled aristocracy ("The scum of the Earth") to his brusqueness with the faux-socialist Tom Townsend (Edward Clements) ("There’s something a tiny bit arrogant about people going around feeling sorry for other people they consider ‘less fortunate’") to his lament for the disappearance of detachable collars ("A small thing but symbolically important. Our parents’ generation was never interested in keeping up standards"), Nick longs for a very specific sort of American greatness, one free from titles yet rife with aristocracy, one that venerates and upholds standards yet looks askance at genteel snobbery. He’s a fascinating collection of contradictions, which only works because Eigeman plays the role with a sort of detached sincerity that is altogether uncommon.

Barcelona (1994), meanwhile, looks at American exceptionalism in a world questioning the need for the same. Set in Spain in the early 1980s, Barcelona follows Ted (Nichols) and Fred (Eigeman) as they navigate romantic and diplomatic relationships alike.

Ted is your prototypical Quiet American, a businessman observing life in the titular Spanish city while trying to master sales techniques. Fred, meanwhile, is your so-called Ugly American, a brash Naval Officer doing advance work ahead of the Sixth Fleet’s arrival in Spain. Fred is staying with Ted until his ships come in, and their clashing styles lead to all sorts of misadventures. 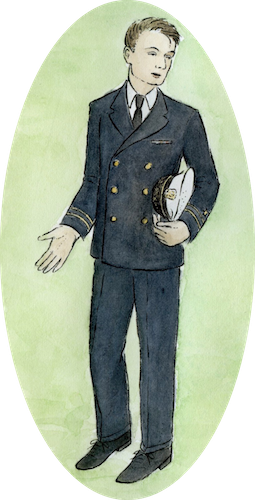 "I’m not going to forget it," the ROTC-trained Fred says to Ted—already put out after having been called a fascist on the street for the uniform he was wearing—when he spies anti-NATO graffiti on a wall. "People have been forgetting things far too long." He then sets about altering the anti-American paint with a Sharpie, a task both absurd and poignant in its pointlessness. Fred has good reason to be annoyed by the casual slight of his dress. "Men wearing this uniform died ridding Europe of fascism," he indignantly notes.

Again, the genius of Eigeman and Stillman is that this line can be interpreted both genuinely, due to Eigeman’s wide-eyed look of incredulous annoyance as he invokes World War Two, and half-ironically, as Stillman gives him a line revealing he’s wearing his service dress uniform largely because, as he tells the local consul, "I don’t have any good civilian clothes." Later, Fred admits to joining the Navy because he wanted to be able to work outside and then, rapid fire, spits out, "Then there’s all the fighting-for-freedom, defending-democracy, shining-city-on-a-hill stuff, which as you know I really buy."

These two ideas may seem in tension but, as Ted acknowledges, they aren’t, at all. Fred’s synthesis of self-actualization and nationalist idealism is a perfectly, almost fundamentally, American attitude. It’s the American idea that we can better the world and ourselves at the same time that is exceptional.

"The truth is, the bourgeoisie does have a lot of charm," Charlie, distraught at the memory of the deeply unfair The Discreet Charm of the Bourgeoisie (1972), says to Nick in Metropolitan. "Of course it does," Nick replies, refreshingly free of irony as he does so.

*As always, Criterion has done a fine job of loading these discs up with extras: Each one features an audio commentary with Stillman and Eigeman, and there are some deleted scenes, interviews, that sort of thing. Barcelona, released as a standalone disc on Tuesday as well as a part of this set, has the strongest collection of features. Of special interest to those who enjoyed this piece will be Farran Smith Nehme’s video essay on the similarities of the characters in each of the three movies.