President Donald Trump on Wednesday called one of his supporters, actress Roseanne Barr, following the relaunch of her television show.

The first episode of the comedy "Roseanne" aired Tuesday night on ABC and did well in the ratings, with an average of 18.2 million viewers.

Contrary to many figures in Hollywood, Barr is a strong Trump supporter. The actress said that she also had her television character be one because she thought it was an "accurate portrayal" of the political preferences of many working-class Americans.

"I just wanted to have that dialogue about families torn apart by the election and their political differences of opinion and how we handle it," Barr told the Times. "I thought that this was an important thing to say at this time."

Barr described her phone conversation with Trump during an interview Thursday with George Stephanopoulos on ABC's "Good Morning America."

"We just kind of had a private conversation but we talked about a lot of things and he's just happy for me," she said. "I've known him for many years and he's done a lot of nice things for me over the years. And it was just a friendly conversation about working, and television, and ratings." 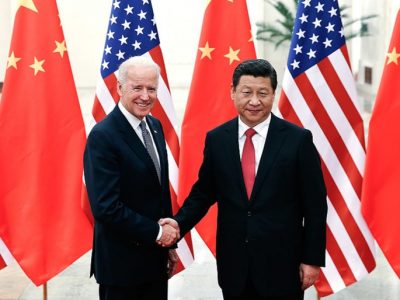