The Year in Movies

We’re now in Oscar season, when we’re treated to period films with big messages, prestige dramas with serious points. The Imitation Game, Unbroken, Selma, Theory of Everything: some or all of these films will rack up nominations at the Academy Awards. And they are totally fine, perfectly competent films. I’d expect a late push for Selma—aesthetically on par with a decent television movie, featuring a few stirring performances and no memorable images—thanks to its timeliness. I mean, the film literally closes with a song that has a line about Ferguson. How can that not win?

No room for well-made but disposable and unmemorable awards bait on this list, I’m afraid. I went with the pictures that stuck with me, that inspired repeat viewings and left indelible impressions. It’s been an odd year, filled with flicks that I would’ve been comfortable putting in spots six through 10—including honorable mentions such as Birdman, Nightcrawler, Fury, and Noah, all of which just missed the final cut—but with very few titles that screamed "Best Movie of the Year!"

Still, there’s much to celebrate. It has been a great year for low-budget indies and mid-budget Hollywood fare and huge-budget comic book adaptations. Protestations of doom notwithstanding, it is truly a great age at the multiplex, when films tiny and giant exist next door to each other. The streaming revolution only ups the ante. We have access to more options than ever before. Instead of worrying about the big studios banking on a handful of franchises, perhaps we should celebrate what we have.

Here are the ten films that stuck with me the most this year. Check them out. You won’t be disappointed. 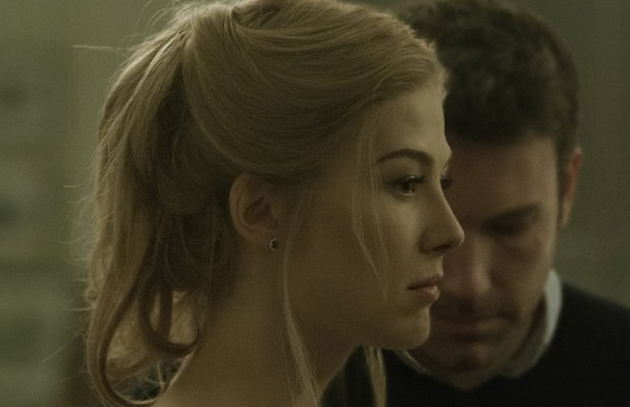 (Reviewed here.) It feels weird saying that this is the "best film of the year," especially considering how ambivalent I was about it after my first viewing. But it’s a rather tremendous piece of mid-budget Hollywood filmmaking: a thriller for adults with a splash of humor that says something about the unending war of the sexes. And this movie about a femme fatale with a penchant for making up male misdeeds has added heft following the collapse of Rolling Stone’s "A Rape on Campus," which centered on a fabricated tale of gang rape that seems to have been concocted to win a boy’s attention.

2. Guardians of the Galaxy 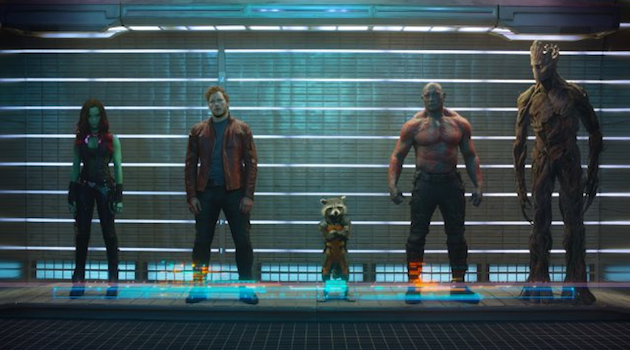 (Reviewed here.) Of the two major Marvel releases this year, the one that stuck with me wasn’t the one that tried to get super deep about how the surveillance state is an evil Nazi plot (or whatever), but the one that had the talking tree and the psychotic raccoon. There’s probably a lesson there. Whether or not it’s a lesson about me, I’ll let you decide. 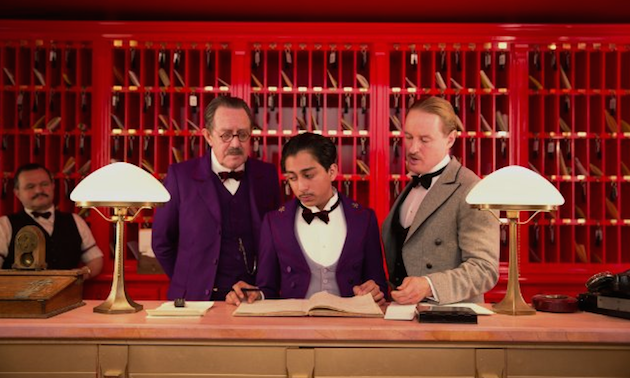 (Reviewed here.) Wes Anderson’s best film since The Royal Tenenbaums. There’s a darker edge to this picture that is absent from pretty much anything else he’s made. And yet, it is still undeniably, perfectly, Andersonian. If that’s your sort of thing, you’ll dig Grand Budapest Hotel. If not, well, feel free to skip this one. You’ll know better than I do whether or not you want to see it. 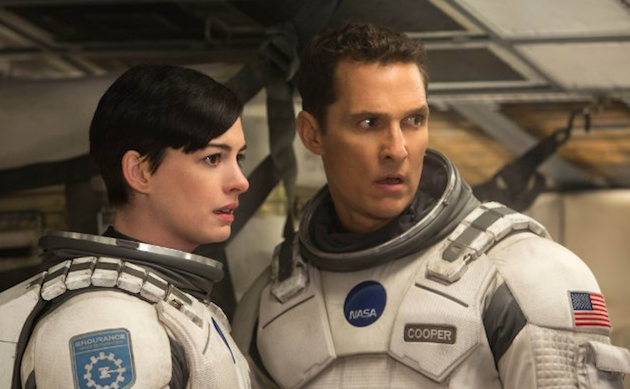 (Reviewed here.) The delightful scamps at Jacobin stepped away from the guillotine for a moment to pen an essay titled "Reactionaries in Space: Interstellar celebrates American-style frontier expansion and retrograde masculinity. It’s an ideological monstrosity."

I think they meant this as a disparaging critique of the Christopher Nolan’s latest. But I can scarcely imagine higher praise. 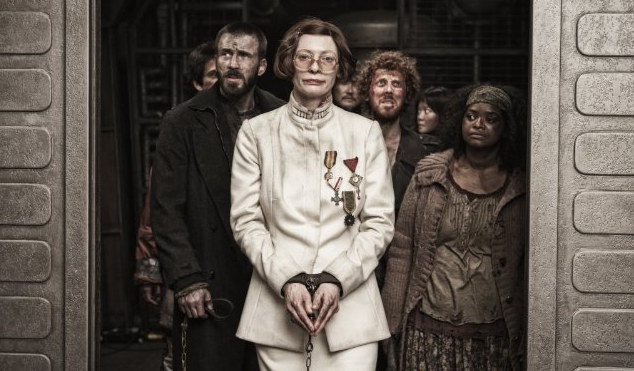 (Reviewed here.) An important film about the danger of unduly panicking over climate change. Plus: boffo action sequences! 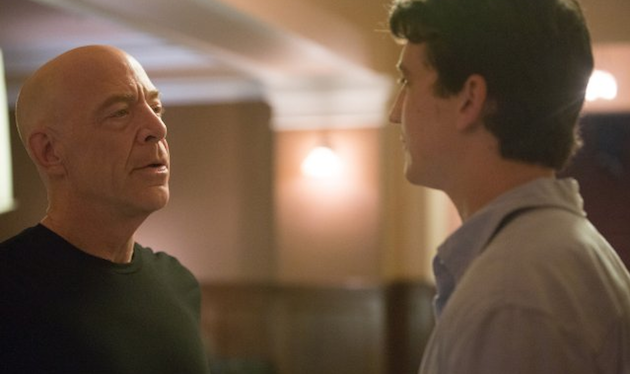 (Reviewed here.) I’ll admit to being deeply skeptical about this film, given my general distaste for both jazz and Miles Teller. (Just kidding Miles! You’re pretty okay, I guess.) But whoever decided to get J.K. Simmons to reprise his psychopathic neo-Nazi from Oz as a psychopathic jazz instructor is a total genius. Simmons is a stone-cold lock for the best supporting actor Oscar. 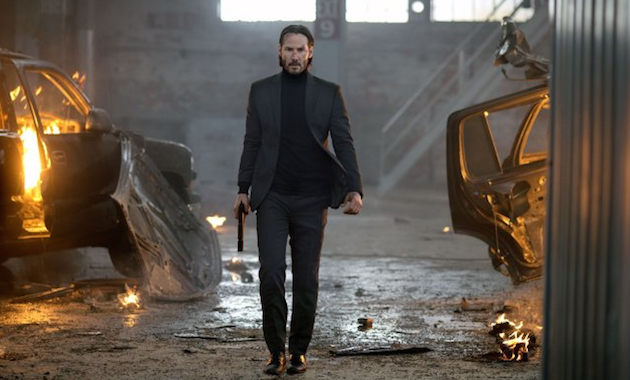 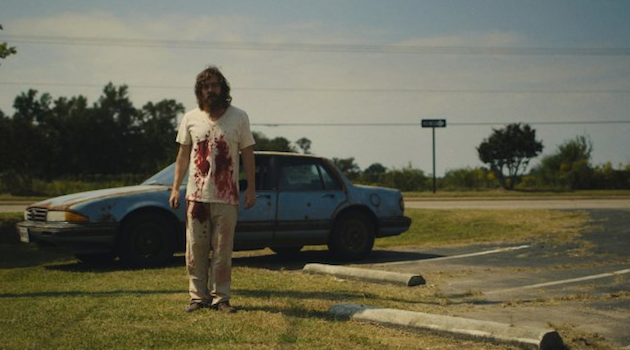 Revenge thrillers don’t come more taut than this. Macon Blair is brilliant as Dwight, a drifter whose life went into a tailspin following the murder of his parents. Living in a car, scavenging for food, and keeping to himself, he comes back to reality when he finds out that his parents’ killer is out of prison. The path of revenge is a crooked one; some have suggested that Blue Ruin is a film about the dangers of becoming wrapped up in the desire for vengeance. Allow me to suggest the real lesson here is that some people just plain need killin’.

(Review here.) Tom Hardy should be in all the movies. 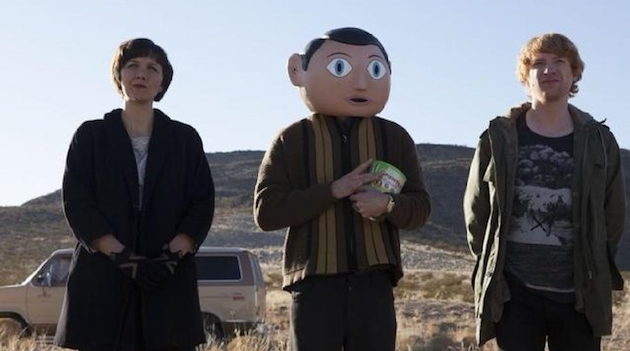 What an odd little movie. Michael Fassbender spends most of the flick in a Papier-mâché head, playing the singer in an avant-garde, sub-Radiohead band thrown into turmoil when keyboardist Jon joins up. Jon is a reverse Yoko Ono: He tries to get the band to be more "likable." This attempt to go mainstream—and Jon’s refusal to confront his own mediocrity—ruins everything. By turns hilarious and sad, I don’t think there’s been a better movie in recent years about the nature of art. Worth a stream off Netflix, for sure.