Veteran-owned Black Rifle Coffee Company (BRCC) sent the Washington Free Beacon some coffee to try and, since reviewing ultra American food is a thing we've gotten into lately, we did. We were lucky enough to try out BRCC's Caffeinated as Fuck, Combat Fuel, Sniper's Hide, and Gunship blends.

There were some bumps along the way. When we began this journey the Beacon office only had a Keurig and the coffee we got didn't come in K-cups. So, we bought some of those K-cups you can put your own coffee in but our Keurig was apparently designed specifically to make sure those don't fit. Unfortunately, somebody didn't realize this tried to force the cup in and ended up smashing the machine to bits with his bare hands.

The Keurig has since been replaced and we ended up just buying a separate $9 coffee maker from Walmart so we could try the BRCC coffee. We never did find out who broke the machine, but given Bill McMorris's past conduct, I'm relatively sure it was him. 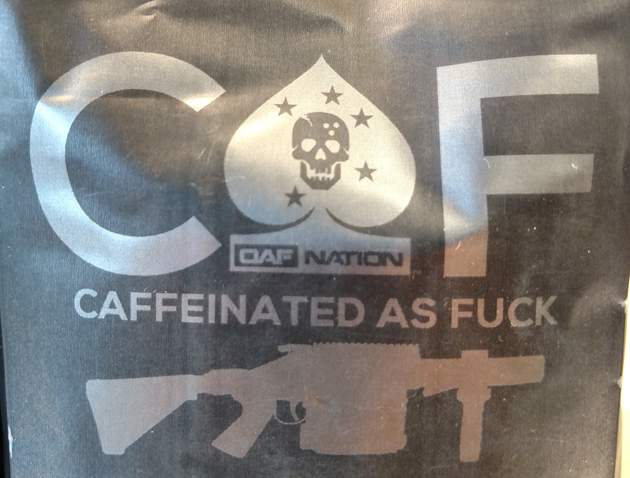 "This dark roasted cup of freedom is the only coffee in the word worthy of our brand and the M32," OAF Nation said of the coffee on BRCC's site. "Get some!"

"This coffee is a blend of Colombian and Brazilian Arabica. Both will be dark, chocolaty and taste like freedom."

It might not need to be said, but Caffeinated as Fuck is strong coffee. Very strong. Very fucking strong.

Next, the BRCC scale of intensity seemed to decrease as we drank our way through Combat Fuel, and then to Sniper's Hide, and finally down to Gunship. Gunship is the lightest and most flavorful of the four. BRCC describes it as a Colombian light roast coffee with a "much brighter taste."

That sounds about right. Gunship is downright delicious with two sugars and a creamer. If you’re a girl. 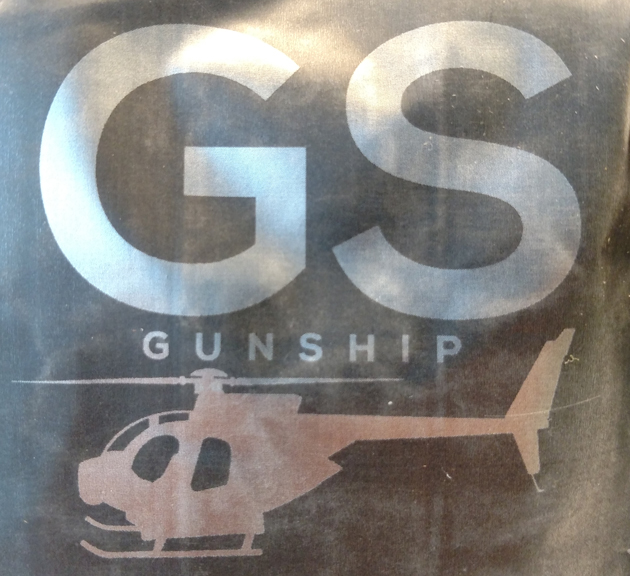 Free Beacon media analyst Blake Seitz loved Gunship. "I tried all four, I think," he said. "Three of them did not stand out to me. However, the blonde roast Gunship is excellent. It packs a serious caffeine punch and has an appealing spicy taste."

"Not your typical joe, and definitely recommended."

He loved it so much he asked to take what was left of our bag of Gunship home with him. There have been several mornings since where we've regretted letting him do so.

"Really enjoyed Black Rifle Coffee; the boldness of it is exactly what it claims to be," she said. "Also loved the matte black packaging."

"Would be a good gift as well, especially for an avid coffee drinker that supports the Second Amendment."

She's right. BRCC's coffee is great and its badass attitude sets it apart from the rest of the bean grinders out there.