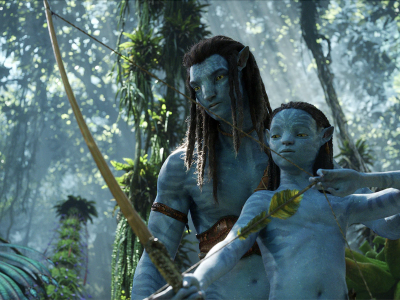 In a Washington Post column published last Thursday, Bunch argued Cheney exhibited the qualities of a good father in Vice, allowing conservative viewers to enjoy what was intended to be a negative portrayal. After "Morning Joe" anchor Joe Scarborough praised the piece on Twitter, Bunch was brought on to share his expert opinion.

"I think it really gets to some of the things that make Cheney a good dad," Bunch said about the movie.

"Now, look, the film is filled with rambling conspiracy theories about Halliburton and Kochs and the Coors and all that, but if you put all that aside and you just focus on what happens with the Cheneys, I thought it was pretty great," he added.

Scarborough reminisced about how things were different during the Bush administration when he and his co-anchor Mika Brzezinski disagreed on politics instead of sharing their opposition to President Donald Trump.

"It brought me back to simpler days when Dick Cheney would say things, Mika would be deeply offended, and I would consider her naive, instead of us being against Trump all the time," Scarborough said.

Brzezinski praised the movie’s "nuance" and used it to comment on how fearful she is of the Trump administration.

"It also left me just downright afraid at what we have going on now in the presidency and in the State Department," she said.

"Well, there's something to be said for cold, calculating competence," Bunch replied.

Noting the movie’s mixed reviews, Bunch said he first viewed it with critics who were "iffy on it" but then had a much more colorful experience in Washington, D.C., with conservative friends.

"There's a speech at the end where Cheney says, ‘How many of these attacks would you have let go forward because you don't want to treat these guys meanly?’ We kind of cheered at the end," he said. "It was an odd moment."

In his column, he also noted how he and his friends were heckled by liberals for cheering Cheney.

Bunch explained how Vice primarily uses film techniques to portray Cheney as a villain, since the specifics of Cheney’s arguments are largely reasonable and compelling.

"The director, Adam McKay, shoots it to make Cheney look as evil as possible," Bunch said. "He's darkly lit, there are shadows on his face, it’s kind of [shot] from below so he looks very imposing, but if you just listen to the words—very compelling stuff."