Soderbergh plans to stay busy, telling Cinemablend that he would fill his days with "things that aren’t movies, whether painting or photography or books." 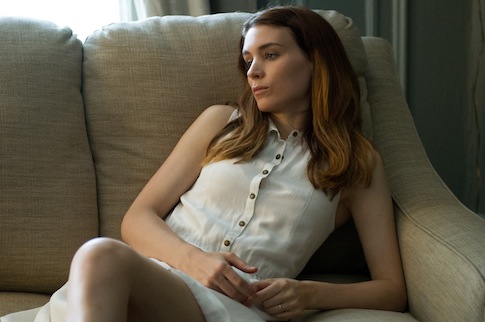 Steven Soderbergh’s latest, and supposedly last, film, Side Effects, is a trimly paced thriller that plays with audience expectations and keeps viewers off-balance and guessing without treating them like idiots.

When the movie begins, Elizabeth (Rooney Mara) is depressed. Her husband Martin (Channing Tatum) is out of prison after doing four years for insider trading. Unable to cope, she drives headfirst into a parking garage wall—but is this a cry for help, or something more serious? That’s what Dr. Jonathan Banks (Jude Law), a psychiatrist who treats her post-accident, wants to discover.

In an effort to perk up Elizabeth, Dr. Banks puts her on a regimen of drugs. When the anti-depressant-driven sluggishness and fogginess prove too much, and Elizabeth says she considered stepping in front of a train, her previous psychiatrist Dr. Victoria Siebert (Catherine Zeta Jones) suggests to Dr. Banks that she switch to a new drug, Ablixa.

The film at first seems to be an earnest, issue-driven drama. Ablixa is fictional, but real drugs like Zoloft are name-checked constantly, and the viewer, like your average consumer, is bombarded by pills and commercials and promises while being exposed to the shadier, pay-for-play aspects of drug testing, in which the commodification of health crashes into the needs of patients.

But Side Effects turns on a dime when a shocking moment of violence, tied to one of the side effects from which Elizabeth is suffering, plunges the viewer into a murder mystery.

The reliability of Elizabeth as a trustworthy character, who had to that point been the film’s protagonist, drives the mystery. She slowly fades from the scene, and Dr. Banks takes center stage. His career is in tatters, and his relationship has been shattered. The press hounds him, staking out his home and office. He is slowly losing it. He is reduced to creating Homeland-style conspiracy charts in his living room.

Just because you’re paranoid, it doesn’t mean they’re not out to get you.

As the film progresses it becomes clear that Elizabeth has taken in Dr. Banks—along with the viewer. Elizabeth’s frailty, combined with our desire for her to get better, has blinded us to the fact that she is not a reliable narrator.

It’s a neat trick to pull on audiences, and one of which Soderbergh is fond. It was deployed with especially devastating effect in The Informant, a peculiarly underrated recent entry in Soderbergh’s work. In that 2009 film, Soderbergh put us inside the head of the titular character—Mark Whitacre (Matt Damon), an executive-turned-FBI-informant—by exposing viewers to Whitacre’s oddly humorous stream-of-consciousness discursions.

By doing this, Soderbergh encouraged the audience to ignore some of the stranger aspects of Whitacre’s character. We made excuses for him, covered for him, wanted to believe him, and, in the end, we were fooled by him.

Audiences are conditioned to believe lead characters. It is one of the grammatical rules of the language of cinema: Here is our hero, how will he or she win? 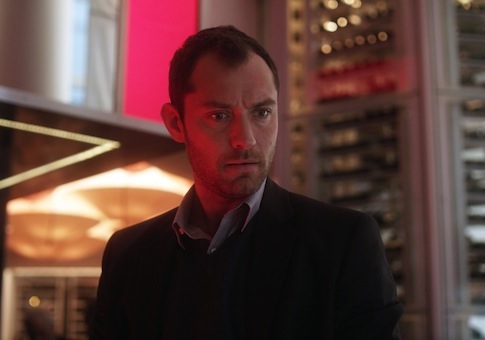 "A lot of people have" come back from retirement, Soderbergh admitted to the Toronto Star. "In my ideal fantasy of myself as I’m writing my own biography, I hope that doesn’t happen. I’m just going with what engages me and how I feel about my abilities at any given moment."

"Basically, I’m not getting better at the things that I think are really important ultimately," Soderbergh confided to Yahoo. "There’s a new grammar of cinema out there. I’m convinced that there’s another sort of iteration to be had, and I don’t know what it is. If I knew, I would do it."