The editor-in-chief of liberal magazine Mother Jones voiced concern Saturday that the name of the Tomahawk missile might offend Native Americans.

"That the missiles are callled [sic] tomahawks must enrage a lot of Native Americans," tweeted Clara Jeffery, days after the United States launched said missiles at a Syrian airfield used to launch chemical weapons attacks.

Jeffery's tweet earned her some grief from others on Twitter, who accused her of looking for something to be offended by.

Only those looking for a reason to be pissed off. It's tribute not mockery. https://t.co/wYAk08PMWN

Why don’t you whitesplain it to them. https://t.co/uPvBD2E5Pa

The tomahawk was created by Algonquian Indians and widely used by Native Americans and European colonialists alike. The iconic "pipe tomahawk" design of the colonial era was made using metal heads provided to tribes as gifts and goods from the British Navy.

Naming weapons and vehicles after Native American tribes and icons are a common practice in the U.S. military, including the Apache, Black Hawk, Iroquois, and Chinook helicopters and the Seminole and Mohawk airplanes.

Actual tomahawks still see some limited use in the U.S. military. "Members of Air Force security groups, Army Rangers and special forces are some of the U.S. troops who have chosen to add tomahawks to their basic gear," reported ABC News at the onset of the Iraq War. 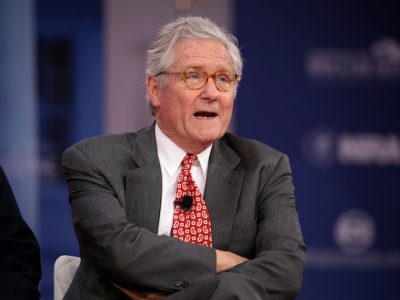 What I Learned from the Beadle