25 years later, can we separate O.J. the athlete from O.J. the murderer?

Senorise Perry is a running back for the Buffalo Bills. Coming out of college at Louisville, he signed as an undrafted free agent with the Chicago Bears in 2014. He later played for Miami, mostly on special teams, before catching on with Buffalo this spring. And last week, the Bills gave him permission to wear Number 32 on his jersey.

Number 32. A minor NFL player, sitting somewhere around fourth or fifth on the team's offseason depth chart, now has the number not given out by the Bills since 1977. The number of the greatest tailback ever to play in Buffalo. The number of possibly the most beautiful runner in the history of football. The number of a murderer. The number of O.J. Simpson.

We're just a week or two from the 25th anniversary of Simpson's crimes, hard as that is to believe. June 12, 1994: That's when the bodies of Simpson's wife, Nicole Brown, and her companion, Ron Goldman, were found in Los Angeles. And no doubt, to commemorate the anniversary, the nation's media will soon deliver an outpouring of reminiscences and retrospectives, with all the expected where-were-you-when's. On June 17, less then a week after the murders, O.J. Simpson was filmed by news helicopters for hours after he refused to surrender to the authorities. An estimated 95 million people turned on their television sets to watch a parade of police cars, cruising down a Los Angeles freeway in low-speed chase of a white Ford Bronco.

Gah. Who needs reminding? It was the silly season, as the carnival came to town and wouldn't leave. Television seemed nothing but the O.J. Simpson Reality Show, and the whole extravaganza was defining—foundational—for how news is shaped in modern America. The nonstop O.J. story gave cable-television talk shows the format still in use, 25 years later: the breathless reporting on each new tidbit, the chin-pulling of guest experts, the video clips shown over and over. Fecklessness, pretending to be serious.

Week after week, the chatter chittered on. From the murders on June 12 to the jury's not-guilty verdict on October 3, we had 16 months of it, and each day helped tabloidize television. Forget the old newspaper headline, "Headless Body in Topless Bar." This was celebrity scandal aired live, like an old-fashioned gossip sheet reborn as an infomercial. Except for the 2007 writers' strike (which forced networks to try out unscripted programming), the talk-talk of television never received a greater gift.

It was the end of the man, of course. Yes, Orenthal James Simpson (O.J., and thus "The Juice") was found not guilty in a racially charged murder trial. But it's easy to be persuaded that the endless hours of television are what made the trial a point of racial divide. Without the media's determined effort to justify their coverage by making the case stand for something—the feckless pretense—America's black community would probably never had felt the need for solidarity with someone who had deliberately left them behind in 1967. That was the moment he fled to live in the glitzy sunlight that shines on the University of Southern California, leaving behind him a junior college near his childhood home in a San Francisco housing project.

And even though he dodged life in prison, O.J. immediately fell off a cliff. His money was gone, gobbled up by the trial, with no clear way to make it back from his toxic fame and cautionary-tale face. In 1997, he lost a $33 million wrongful-death lawsuit brought by the families of his victims. In 1999, his sports mementos and last few possessions were auctioned off by the court.

In 1999, California filed a lien against him for over a million dollars in back taxes. In 2006, he took an advance from HarperCollins to tell his story to a ghostwriter (or maybe it was just to put his name on the book; accounts of the book's origin differ). But the result, titled If I Did It, quickly proved a catastrophe. The publisher withdrew, the victims' families sued to claim the advance, and the TV chatter was all negative. When fame turns to infamy, there's no easy way to circle back to fame. In 2008, he was convicted of the botched armed robbery of sports memorabilia in Las Vegas. He spent the next nine years in prison, only released in October 2017.

And that's his story, isn't it? A good-looking but violent kid from the projects uses sports to pull himself up into celebrity status, which he leverages into a minor movie career and Hertz rental-car endorsements, in all of which he plays essentially himself. He wore the Hollywood mask of wide-eyed charm he learned to put on at USC. But the brutality he'd hidden at last broke through, and he killed his wife and her friend in a fit of rage.

But what the story leaves out is his football career, except as merely a vehicle for his fame or part of a seamless tale of violence in America. If you fall into a discussion of greatest NFL running backs, nobody wants to hear O.J.'s name. If you suggest that his 1973 season might be the single most-valuable season any professional football player has ever had, you are quietly ignored. If you describe his play as beautiful, you are loudly contradicted with the ugliness of his murders.

But O.J. Simpson was beautiful to watch, and that truth is not turned into falsity by what came later. We still live in at least the sunset of a romanticism about athletics—the Heywood Hale Broun fantasy that "Sports don’t build character; they reveal it." No, football didn't reveal Simpson's character, but his art stands, as art does, separate from the artist.

Gayle Sayers and Barry Sanders are running backs whose ridiculous artistry is even better to watch in slow motion. The sheer power of Jim Brown is at its most impressive seen at full speed. But The Juice is beautiful, seen fast or slow. With his big shoulders and thin hips—at 6 foot 1, 210 pounds, the perfect size for combining speed and power—he was built to play football.

Somewhere at junior college, he learned to run in an odd, unlikely style: gliding almost, with his feet barely raised above the turf and his free arm waving in the air. The combination brought him a Heisman Trophy at USC and the number-one spot in the 1969 NFL draft (to a Buffalo team that had won only a single game the year before). It was a style of extraordinary balance, with each blow from a defender pushing him not down but away, to land on the other foot already poised only an inch or two above the ground to catch his weight. And the free arm, too: waving to keep him balanced as he slid his feet forward.

Simpson struggled his first seasons with the Bills. His coaches looked at his build and decided that his strength and wide shoulders made him a smash runner up the middle—or his quick hips and long arms made him a receiver. At neither did he excel, and it wasn't till 1972, when Buffalo brought in Lou Saban to coach, that O.J. Simpson became for the pros what he had been in college: the most exciting player on the field. His 1973 record of 2,003 yards in a 14-games season stands untouched. All the other 2,000-yard seasons by NFL runners have come after the expansion to a 16-game season, and Simpson retains the record for most rushing yards per game: 143 yards, on average, in every game he played that year.

To set his play in perspective, you have to understand how bad the Bills were. Their quarterbacking was horrendous. They built a good offensive line under Saban, but every defense they played knew that Simpson was Buffalo's only option on offense. Think of the 1976 Thanksgiving Day game against the Detroit Lions—the game in which Simpson ran for 273 yards (on just 29 attempts), breaking the NFL record for most rushing yards in a game. And the Bills lost anyway, 27–14, Simpson's two touchdowns their only scores.

Football has seen killers emerge from its ranks, beginning with Aaron Hernandez and serial-killer Robert Rozier. But like O.J., most NFL murderers killed their wives or lovers: Jim Dunaway, Rae Carruth, Tommy Kane. It's not a big enough sample to allow extrapolation, a jump straight into big-think about violence and football. Ongoing investigation into the effects of CTE (chronic traumatic encephalopathy, the damage to the brain from repeated bashings) is suggestive—but when O.J. Simpson recently mentioned the condition, it just seemed more excuse-making. And the man who put his name on If I Did It has run out of chances to make excuses.

No, football didn't reveal O.J. Simpson's character. If anything, football suppressed his character for a while. Thanks to the sport, the violent boy from San Francisco, arrested several times, became the face of clean-cut success after his athletic career. And then he became a violent killer. And now he's a shambling ex-convict, making scheduled reports to his parole officer.

None of that means he didn't play football about as well as it could be played. Maybe now, 25 years after the birth of all-talk television in the wake of his Ford Bronco freeway ride, we have a little room to mention his football along with the murders he committed. Not forgiveness, certainly. Not even mitigation. But a realization that O.J. Simpson really did have something, however small, to throw away in blood rage as he took two lives that June night—the memory of how beautiful he had once been, running with a football tucked in against his side. His feet gliding. His hand waving free. 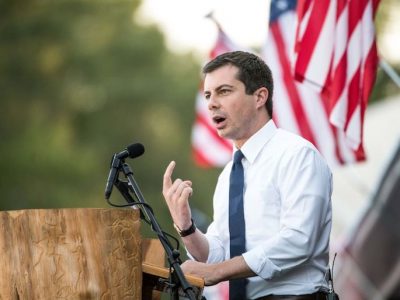