Elle magazine selected two vocal anti-Semites as part of its list of "20 Women Of Color In Politics To Watch In 2020."

Elle‘s list included Rep. Rashida Tlaib (D., Mich.) and Linda Sarsour, both of whom have come under fire for their dissemination of anti-Semitic rhetoric and support for the anti-Israel Boycott, Divestment, and Sanctions movement.

Both women have been criticized by the Jewish community and organizations that combat hateful rhetoric. Elle deputy editor Jessica Roy did not respond to a Washington Free Beacon request for comment.

Elle writes of Tlaib that she "is the first Palestinian-American woman to serve in Congress and one of the first two Muslim women elected to Congress. You probably know her as a member of the ‘Squad,' the fearless group of progressive freshman women of color in the House who have been vocal opponents of the Trump administration and its policies."

Tlaib recently alleged that pro-Israel and Jewish members of Congress are more loyal to Israel than America. These, and similar comments, earned Tlaib a rebuke from the Anti-Defamation League, which noted in a June statement that "the allegation of mixed loyalty or dual loyalty has been leveled as a smear against many kinds of Americans."

In Elle‘s write up of Sarsour, a veteran anti-Israel activist who repeatedly employs anti-Semitic tropes in her criticism of the Jewish sate, the magazine touted her "radical love."

"An activist and community leader for nearly two decades, Linda says she's guided by a radical love for her community and the belief that we are deserving of a democracy that works for all of us," the publication wrote. "She has been part of some of the most visible national movements in the last several years. A former board member of Women's March, Linda joined a lawsuit filed by the Council on American-Islamic Relations against Donald Trump to stop the Muslim ban and was arrested last year while protesting the appointment of Brett Kavanaugh to the Supreme Court."

Sarsour was kicked off the Women's March board for making multiple anti-Semitic remarks. The BDS activist most recently came under fire for accusing Jews living in Israel of being white supremacists, remarks that were immediately condemned by a wide range of Jewish and pro-Israel groups. 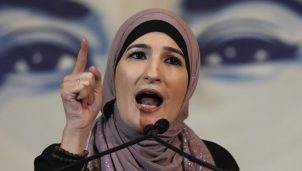 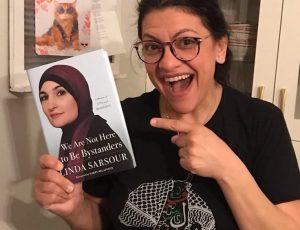 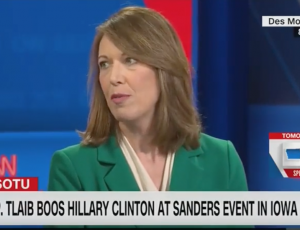