Cult favorite musician and songwriter Daniel Johnston died at 58 Wednesday at his home in Waller, Tex., just outside Houston. Johnston was known throughout the '90s and aughts as a unique, no-frills voice whose earnest lyrics were compared to the style of William Blake.

"Although he struggled with mental health issues for much of his adult life," his family said in a statement, "Daniel triumphed over his illness through his prolific output of art and songs. He inspired countless fans, artists, and songwriters with his message that no matter how dark the day that ‘the sun shines down on me' and ‘true love will find you in the end.'"

Born in California in 1961 and raised in West Virginia, Johnston captured local fame in Austin, where he worked at a McDonalds, by handing out cassette tapes of his home recordings in the early '80s. These rudimentary recordings featured fuzzy sounds, toy organs, and drum machines, and held an innocence that he maintained through his career. He shot to fame in the early '90s when Kurt Cobain was often seen wearing a t-shirt of Johnston's album, Hi, How Are You, which Johnston notably drew the cover for, as he did all of his early albums.

Cobain, Wilco, Beck, and Tom Waits were among his most notable fans, and ballets in France and New York were choreographed to his music. It's been reported that he desperately wanted fame, but Johnston's music was a release from his struggle with mental illness—a way to have fun in a reality that could appear harsh.

"I forgot to grow up, I guess," Johnston told Rolling Stone in 1994. "I'm a simple kind of guy, just like a child, drawing pictures and making up songs, playing around all the time."

He suffered from schizophrenia and manic depression, and spent some time in a mental institution in 1990 after a psychotic episode that took place on a plane his father was flying. Convinced he was Casper the Friendly Ghost, Johnston took out the airplane ignition key and threw it out the window. His father was able to land the plane, and the pair only suffered minor injuries from the incident.

His mental health problems fueled the intensity of his songs and frenetic stage presence, but they worsened when he began to gain fame, and he spent much of his life in and out of inpatient facilities. When record companies began to chase him down, he refused Elektra Records because they also recorded Metallica, which he believed was a satanic band (he was a fundamentalist Christian). He signed with Atlantic Records in 1994, and released the album Fun produced by Paul Leary of Butthole Surfers. Because the album didn't gain traction, Johnston was swiftly dropped from the label when his contract was up. He later only recorded under small, independent labels and became known as the foremost lo-fi musician.

Some say Johnston showed artists that you don't have to be good to be great, but his bare bones music (which admittedly did somewhat sound like a train-hopping street performer) only reinforced the strength of his lyrics. He was great. His quirky voice would teeter and totter, and he ended up sounding more like a spoken-word poet than a musician.

He was most popular in the '90s, a decade known for teenage apathy and angst, but his lyrics were often about hope, love, and sometimes delivered poignant sentiments. "True Love Will Find You In The End" is Johnston's most notable song that encapsulates the overlying message of his oeuvre.

True love will find you in the end
You'll find out just who was your friend
Don't be sad, I know you will
But don't give up until

But how can it recognize you
Unless you step out into the light, the light
Don't be sad I know you will
Don't give up until
True love will find you in the end

Johnston's songs also tell small stories. "Keep Punching Joe" is a playful and self-deprecating song in which Johnston sees himself as a '50s blues star. In fact, many of Johnston's songs tend to be self-deprecating. In "She Called Pest Control," Johnston appears to mourn a lost love, and refers to himself as the pest. "She called pest control," Johnston says, "and when she was sprayed, she never was bothered again."

Johnston was and is still loved for his genuine attitude that came through his lyrics. His songs can be disarming with their direct simplicity and clear confrontation of emotion. Not all of them are happy.

A friend once told me Johnston's popular song "Some Things Last A Long Time" was "incredibly difficult to listen to." Not because of the sound of it—it's actually one of Johnston's later, more melodic songs—but because of the raw emotion behind his rattling voice. Sincere purity strengthens the song, as it does all of them. But the sheer poignancy and sadness of the attitude with which Johnston sings make complete sense to anyone who has been through grief or mental illness. When someone dies, all that can be left are pictures and memories, and Johnston reminds us of that. 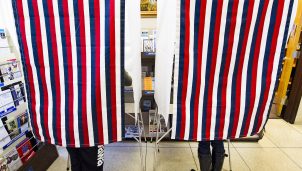