In 1961, Cecilia Chiang opened a tiny restaurant in San Francisco called the Mandarin. It offered authentic Chinese cuisine that attracted a devoted following. Victor Bergeron of Trader Vic's fame was a fan. But more important was man-about-town Herb Caen of the San Francisco Chronicle. On the one hand he called it a "little hole in the wall." On the other, he said it had "the best Chinese food east of the Pacific." Seven years later the Mandarin moved to Ghirardelli Square—expanding from 65 seats to 300—becoming one of San Francisco's premier dining destinations.

"From the start she was determined to offer something other than the standard, bland chop suey and egg foo young," writes Paul Freedman in Ten Restaurants That Changed America. Indeed, Chiang's menu featured Peking Duck and then-novel fare like kung-pao chicken, twice-cooked pork, and chao tzui (potstickers). "Cecilia Chiang and the Mandarin had significantly transformed American appreciation of Chinese food." 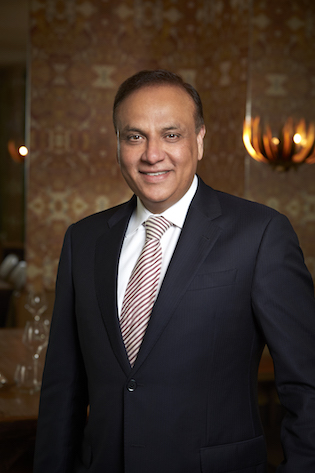 When it comes to Indian cuisine, Ashok Bajaj has done something similar. Born in New Delhi, Bajaj entered the hospitality industry at a young age and in his 20s moved to London to run the luxurious Bombay Brasserie. In 1988, he set his sights on America.

"I did go to New York first," Bajaj told me last month. "Remember the mugging, the crime, and all the stuff? Way too much during that period, and I did not feel comfortable." Washington, on the other hand, "felt manageable especially in the day. And in all sincerity, there were not many good restaurants back then. You had a lot of French restaurants. There were not high-end Indian restaurants." What he noticed about the nation's capital: "well-traveled people, close proximity to IMF, World Bank, and Old Executive Office Building. And people come here from all over the world."

There are numerous parallels between Ashok's rise to prominence and Cecilia Chiang's. Both struggled at first to find real estate. Chiang had to convince the owners of Ghirardelli Square that a Chinese restaurant wouldn't be out of place in a high-end retail location. Bajaj recalls that "landlords were very reluctant for the simple reason that it would smell the lobby…. Then, the minds were not so open." But he did find one place—across from the White House. He even persuaded the building's owner to visit London and dine at the Bombay Brasserie in order to see what Bajaj had planned.

The local Chinese community did not immediately embrace the Mandarin's diverse menu. Likewise, says Bajaj, "the Indian community didn't take it that well because I wasn't doing very traditional north Indian food. Here, I'm going to be open, we did regional. A lot of people who came here [from] the south and north, they used to get their own cuisine, but they were not exposed to the kinds of varied cuisine we were doing here."

To help things along, Bajaj handed out 2 x 4-inch cards recommending what to order in his restaurant: "If you like spicy food, you may enjoy the lamb vindaloo or the green chili chicken." Similarly the Mandarin's menu came with explainers: "Chinese food is served ‘family style,' with something for everyone, rather than a main entrée for each individual."

Indian food, says Bajaj, "had the stigma of being very oily and very spicy." The aim of the Bombay Club was to serve something refined: "Refined basically means getting away from the heaviness of the food—lighter sauces, fine ingredients. You taste the protein and you taste the salt and how it complements rather than the sauce overpowering the protein. In the olden days we eat the gravy with the roti or the rice and not focus so much on the protein. So here we get to balance them."

"When Ashok arrived, Indian food was strictly ethnic," remembers Phyllis Richman, the former longtime restaurant critic of the Washington Post. "He brought it mainstream and made it accepted as elegant. There were a couple of refined Indian restaurants like Taj Mahal—and they even featured wine with dinner—but they were still stuck in an ethnic image."

For ethnic cuisine to succeed in this country, there's usually a breakthrough dish that carries wide appeal. In the 1890s it was chop suey for Chinese. Then came postwar pizza. The taco boosted Mexican (it helped having that chain of taco stands run by Glen Bell). And of course pad thai became a hit for Thai cuisine. Without hesitation, Bajaj says the gateway dish for the Bombay Club was salmon.

"Everybody in D.C. loves salmon," says Bajaj. "So for me it was, How do I create a dish which uses a local producer but traditional marination." On his initial visit to Washington, he noticed, "wherever I went, everybody eats salmon for lunch. So we created tandoori salmon." It's been on the menu consistently for the last 30 years. "That's one dish that made people comfortable because it's well seasoned. it's traditional, it's just the way we'd eat it at home. And people could recognize the dish." (All this month the Bombay Club is featuring a 30th anniversary menu that includes the salmon, green chili chicken, and Goan crab masala, among other delights.) 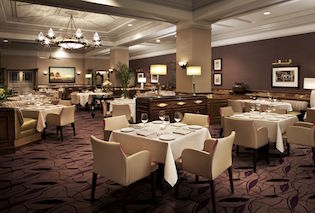 Today Ashok Bajaj currently oversees an empire of 10 restaurants, all in the D.C. area. They include Rasika, which the Washington Post has given the maximum four stars, and wildly popular non-Indian establishments like Bibiana (Italian) and Sababa (Israeli). And he still manages to visit each place daily.

"Look, the purpose of going to the restaurant is people want to see me, I also want to see them," he explains. "And at times, it happens, I'm needed to help. If things are running well, I know it's good, I stay 20-30 minutes, and then I go on to the next one. And sometimes I'm stuck in the restaurant for two hours." If that's the case, he'll make a point of ending at the Bombay Club, which he calls his sanctuary. "I come here at night, sit on the sofa, have a small drink, and say, ‘Okay, I always have the Bombay Club.'" That's good news for us as well as for him.