Beyoncé sang at the 59th annual Grammy Awards on Sunday night, but for some it was so much more than a performance. Fans of Beyoncé, also known as the Beyhive, posted on social media to show how much they worship their queen.

The Daily Beast published a piece Sunday night titled "Beyoncé Slays the Patriarchy With Mother Mary-Themed Grammys Performance," with the subhead: "Dressed as the Madonna and cradling her pregnant belly, Beyoncé gave a jaw-dropping celebration of motherhood and femininity that left the audience stunned. We needed it."

According to Kevin Fallon, senior entertainment reporter for the Daily Beast, Beyoncé not only "slayed the patriarchy" but also gave a celebration of femininity that we all needed. Fallon conveyed how much he adored the singer.

"Beyoncé, our Lord and Savior, had arrived," he wrote.

Mic published an article titled "Pregnant Beyoncé stuns at the 2017 Grammys like the queen she is in a regal gold gown and veil."

"After her performance, accepting her 22nd Grammy award, Beyonce slipped into something a bit more comfortable–and by that we mean she replaced her crown with a gold veil, making her look like an honest-to-god religious figure," Lubitz wrote. 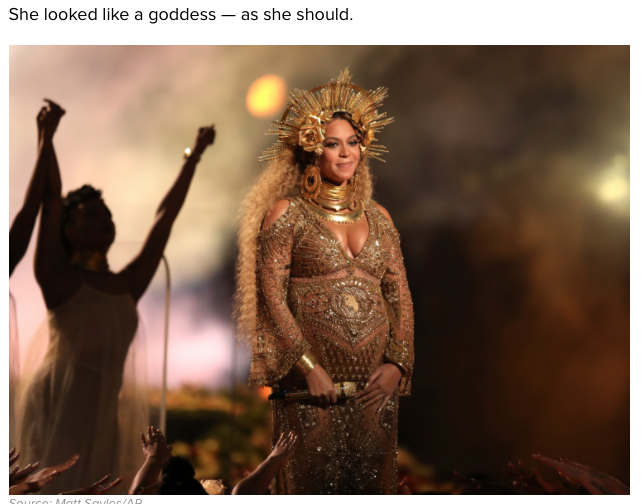 Beyoncé's performance was so perfect that naturally BuzzFeed had to make it known. Beyoncé not only did a "fucking amazing job," but she also "owned all our asses," according to BuzzFeed. 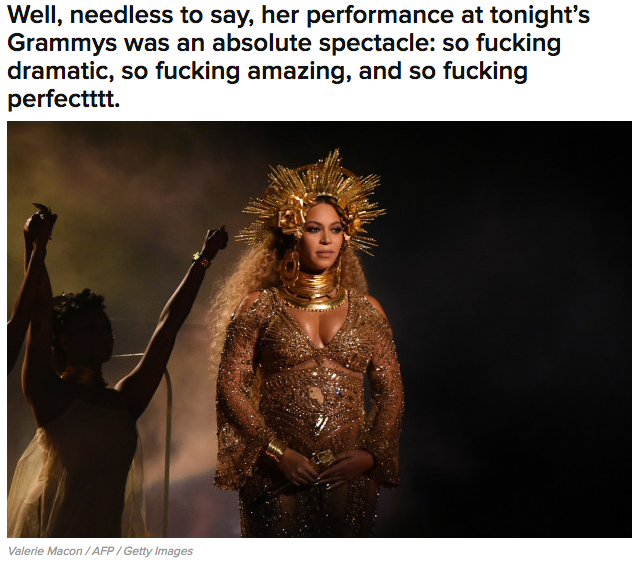 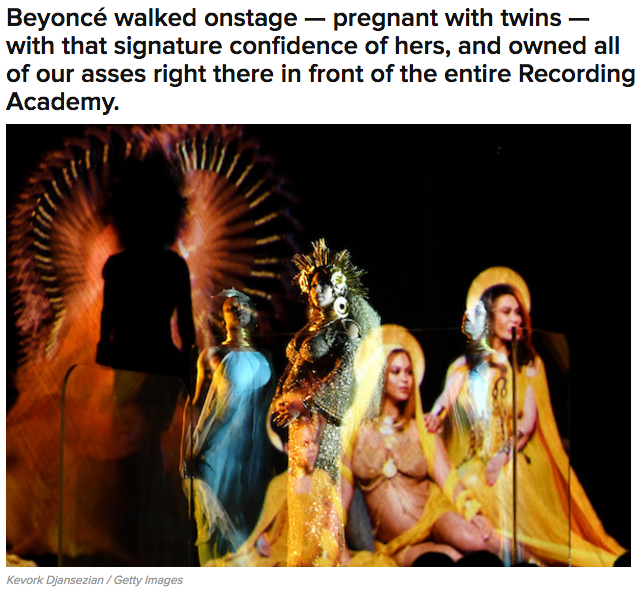 But not everyone has converted to the emerging religion of Beyoncé-worshipping: Barstool Sports wrote a piece asserting that Beyonce may have surpassed Lebron James as the "most insufferable douchebag on the planet."