George Washington University will not fire Supreme Court justice Clarence Thomas, an adjunct professor at its law school, amid left-wing cries on the internet for his termination after the overturning of Roe v. Wade.

"Because we steadfastly support the robust exchange of ideas and deliberation, and because debate is a central part of our university’s academic and educational mission to train future leaders who are prepared to address the world’s most urgent problems," a letter addressed to its students states, "the university will neither terminate Justice Thomas’s employment nor cancel his class in response to his legal opinions." The move to oust Thomas gained traction after the liberal group Change.org published a petition on its website, gaining thousands of signatures in a matter of days.

The letter referenced university policy regarding academic freedom, citing the guidelines, "It is not the proper role of the University to attempt to shield individuals within or outside the University from ideas and opinions they find unwelcome, disagreeable, or even deeply offensive." Though it demonstrated a degree of support for freedom of expression, the letter sought to distance the school from Thomas’s opinion, saying, "Justice Thomas’s views do not represent the views of either the George Washington University or its law school."

Change.org's petition said Thomas had "stripped the right to bodily autonomy of people with wombs" with the Dobbs decision and called his employment "completely unacceptable."

"Judge Thomas is actively making life unsafe for thousands of students on our campus," the petition reads.

In a separate controversy earlier this month, George Washington University announced it will abandon its use of the "Colonials" moniker after pressure from left-wing groups on campus, who created a similar petition. The university convened a special committee to review the name. The subsequent report recommended discontinuing the title, stating, "The glorified and romanticized image of a white male Colonial normalizes white supremacist patriarchy."

Thomas came under fire during his 1991 televised confirmation hearings, when his former aide Anita Hill accused him of sexual harassment. Hill failed a polygraph test, and her claims have not been substantiated in the decades since.

In infamous remarks delivered toward the end of the hearings, Thomas referred to the smear campaign—which had been overseen by then-senator Joe Biden as head of the Judiciary Committee—as a "high-tech lynching for uppity-blacks" who dissent from popular opinion in the public sphere. 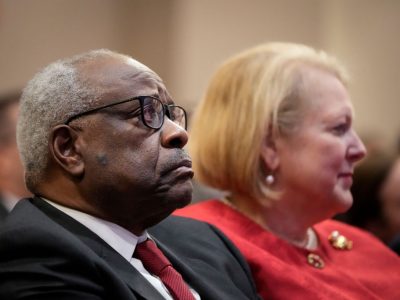 What the Ginni Thomas Brouhaha Is Really About 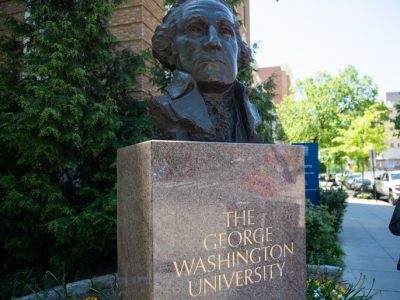