June's landmark Supreme Court decision on employment discrimination and LGBT rights will have consequences well beyond the workplace, touching on a number of cultural flash points.

The Court's June 15 ruling in Bostock v. Clayton County announced that Title VII of the Civil Rights Act, which bans sex-based discrimination, also bars discrimination based on sexual orientation and gender identity. A six-justice majority concluded that sex, homosexuality, and gender identity are inextricably bound up with one another, such that they cannot be distinguished.

"It is impossible to discriminate against a person for being homosexual or transgender without discriminating against that individual based on sex," Justice Neil Gorsuch wrote for the Court.

Other federal laws, including many governing education and health care, similarly ban sex-based discrimination. Conservative dissenters and elated liberals alike predict that the Court's logic in Bostock may well color those statutes going forward, putting the force of law behind transgender participation in women's sports and pro-LGBT bathroom access policies, among other issues. Presumptive Democratic presidential nominee Joe Biden has promised to hand down directives granting transgender students access to their preferred bathroom and locker room facilities on his first day in office, while disputes over transgender students participating in women's sports are already underway in Connecticut and Idaho.

"The secular implications are fairly broad, and there's a lot to figure out over time," Daniel Blomberg of the Becket Fund for Religious Liberty told the Washington Free Beacon. "The implications for religious employers are becoming clearer already."

Justice Samuel Alito foresaw a long slog ahead in his wide-ranging 54-page dissent.

"Although the Court does not want to think about the consequences of its decision, we will not be able to avoid those issues for long," Alito wrote. "The entire federal judiciary will be mired for years in disputes about the reach of the Court's reasoning."

The ACLU, which represented the LGBT plaintiffs in Bostock, was quick to say the ruling would soon reach beyond employment to other contexts.

"Today’s decision should mean that LGBTQ people are protected from discrimination not only in employment, but in every context under federal law where sex discrimination is prohibited," ACLU lawyer James Esseks wrote.

Changes in the offing for women's sports

Two plaintiffs and their ACLU lawyers are challenging Idaho's Fairness in Women's Sports Act. Proponents of the law say it protects equitable competition, ensuring that girls have equal athletic opportunities. Lawmakers cited physiological differences between men and women when enacting the legislation, especially as they manifest in athletic abilities like "strength, speed, and endurance."

The law sorts Idaho athletic teams into three categories: male, female, and coed. It further bans members of the male sex from playing on female teams. Doctors are to resolve any disputes about a player's sex with reference to the player's reproductive anatomy, genetic makeup, or naturally produced testosterone levels.

The Trump administration filed a legal brief supporting Idaho. About 17 states and the District of Columbia already allow trans students to participate on the athletic team of their choice. After Bostock, that number is sure to grow, particularly if Idaho's law falls in court.

Becket's Blomberg cautioned that Title IX serves unique objectives, meaning Bostock‘s logic may not readily lend itself to cases like those underway in Idaho and Connecticut.

"Title IX has a history that is very much focused on women’s access to education and sports, and there are some concerns about how interpreting Title IX the same way as Title VII would undermine the purpose of Congress," Blomberg told the Free Beacon.

After Bostock, questions immediately arose as to how the decision would affect hiring practices at religious institutions. Many such employers expect and require their workers to live in conformity with their tradition's moral teachings. For example, the Catholic archdiocese of Indianapolis attracted national attention last year when it instructed two high schools in its jurisdiction to dismiss two gay teachers married to one another.

The Court brought some clarity to that point on July 8, when it ruled that workplace bias laws, such as Title VII, do not cover teachers at two Catholic schools in California. The justices cited a First Amendment rule that bars courts from interfering in matters of church governance, including hiring and firing. The case was Our Lady of Guadalupe School v. Morrissey-Berru.

It's not clear how many employees are covered by that First Amendment rule, called the ministerial exception, but Justice Samuel Alito's majority opinion emphasized that the question turns on the worker's function. What that means for employees at religious hospitals, summer camps, and social service agencies is less clear, but Blomberg said courts have generally avoided broaching the internal affairs of religious institutions.

"The trend has been toward courts being very protective of the rights of religious groups to understand, shape, and direct their own religious mission," Blomberg told the Free Beacon.

Beyond the ministerial exception, other federal laws like the Religious Freedom Restoration Act (RFRA) might buttress church groups against bias lawsuits. Blomberg noted that in Bostock itself, the Court styled RFRA "a kind of super statute" that supersedes other federal laws and regulations in certain cases.

Though optimistic after the June Bostock ruling, the ACLU's Esseks sounded a pessimistic note after July's decision in Our Lady.

"While the Supreme Court has made it clear that it is against the law to fire someone for being LGBTQ, today they made it easier for religiously affiliated employers to discriminate, including against LGBTQ people," Esseks said in a statement.

‘I’m Begging You’: Fetterman Urged Supporters of Christian Cake Baker Not to Vote for Him 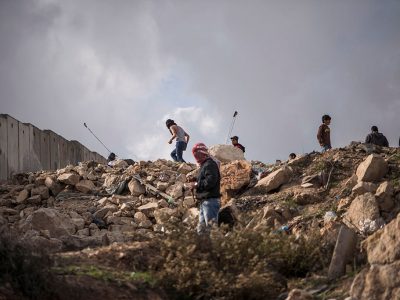