Inside the Justice Department’s Case Against Yale

The Justice Department's decision to threaten Yale University with a lawsuit over allegedly discriminatory admissions practices has raised questions about timing and politics, but those connected to the probe say they had little choice but to proceed when they did.

Coming in the waning days of Trump's first term, the probe hints at the prospect that a Biden administration could quietly end the dispute, which is fraught with broader questions about the future of affirmative action. But no matter who wins this November, the debate over Ivy League discrimination against Asian and white applicants will persist. A Biden Justice Department cannot expect to evade the controversy, as new lawsuits proliferate and a separate case against one of Yale's sister Ivies approaches an advanced stage.

A source with knowledge of the Yale investigation disputed that the timing of the Department's August 13 warning letter is tied to the election. Public release of DOJ's findings coincides with the approach of a new admissions cycle, the source said, and sharing results or bringing an enforcement action after the election would expose another wave of students to allegedly discriminatory practices. The letter also follows an investigation that lasted about two years, prompted by a complaint from a student group called the Asian American Coalition for Education.

The Department's findings are based on admissions figures that the university provided to investigators. The government's original information request was much larger than what Yale ultimately furnished, according to the source. Investigators sought admissions data going back many years, but the university provided only two cycles' worth. School officials eventually released a third round after additional wrangling.

The university disputes this telling of events, but declined to answer specific questions about its level of disclosure.

"Yale has from the outset fully cooperated with the Justice Department's investigation," Yale president Peter Salovey said in a statement after DOJ's letter was publicized. "However, the Department did not wait to receive the information it asked for before reaching the conclusion it announced. We produced data and information on thousands of Yale applicants and were in the process of producing data on many thousands more."

The government has extended its compliance deadline back to September 15 at the university's request. In its August 13 warning letter, DOJ's civil-rights chief Eric Dreiband asked Yale to agree by August 27 that it would stop using race as a factor altogether for the upcoming admissions cycle, or submit a race-conscious policy for review. The government is prepared to file a lawsuit if Yale does not remedy its policies.

The Trump administration is currently involved in a second dispute alleging race discrimination on the part of an Ivy League school. A coalition of students and parents are suing Harvard University on the grounds that its admissions practices, like Yale's, amount to unlawful discrimination. Dreiband will argue in support of those plaintiffs in a hearing before the First U.S. Circuit Court of Appeals on September 16. The administration's leading role in both disputes indicates a broad-based concern with discrimination in college admissions.

The Harvard lawsuit also suggests that a Biden administration is unlikely to dodge the general question of discrimination against Asian students. Even though Biden appointees might drop a Trump Justice Department lawsuit against Yale, the government's lengthy history with the Harvard case could be difficult to unwind. In addition, that case is nearing a stage in which DOJ's involvement is customary.

The First Circuit's decision in the Harvard case is expected in the spring or summer of 2021, and an appeal to the Supreme Court could follow within 90 days. The justices might ask DOJ to weigh in shortly after the appeal is filed. A Biden Justice Department will almost surely participate if the justices decide to hear the case, as the incumbent administration generally files legal briefs and presents oral arguments in high-stakes cases.

The Supreme Court has set limits on the use of race in admissions decisions, upholding some programs against legal challenges while striking down others. The Justice Department alleges that Yale's practices fall outside the Court's parameters. Their inquiry determined that scores of applicants would be admitted each year but for their race, and that race was the dispositive factor for hundreds of applicants.

Update Aug. 26, 11:00 AM: An earlier version of this post incorrectly stated that Students for Fair Admissions was gathering evidence for a possible lawsuit against the University of North Carolina. The lawsuit has already been filed. 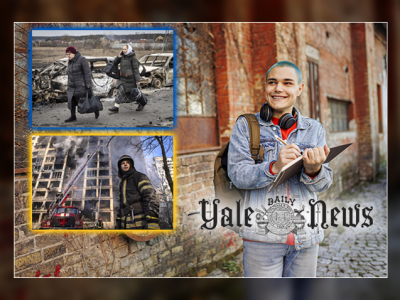 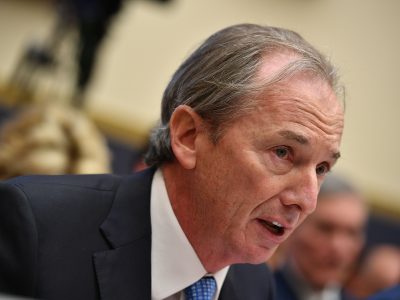