Near-total control of the federal appeals courts is within reach for legal conservatives if President Donald Trump is reelected, administration allies believe.

While the pace of Trump's judicial appointments has been steady, about two-thirds of his circuit court nominees have replaced Republican-appointed judges, University of Richmond law professor Carl Tobias told the Washington Free Beacon. A second Trump term would offer Republicans a chance to replace many judges nominated by Democrats as well, elevating Trump's judicial record from productive to transformational. The prospect of further appointments to the Supreme Court is also realistic, a chilling notion for Democrats that prompted the party to endorse "structural reform" of the judiciary during the DNC.

Research provided to the Free Beacon by the Article III Project (A3P) shows that 59 circuit court judges were eligible for "senior status," a form of quasi-retirement, at the start of 2020—about 60 percent of them Democratic appointees. It's a figure that makes Trump's supporters bullish about the future.

"In President Trump's second term, Republicans could take control of all 13 of the critically important U.S. Courts of Appeals, the last stop for 99 percent of all federal appeals," A3P president Mike Davis told the Free Beacon. The A3P is an advocacy group that supports the president's judicial nominees.

When Trump took office, Democratic appointees had a majority on nine circuit courts to the GOP's four. The president has "flipped" three of those panels, and Davis believes Trump will turn still more in a second term. For example, 10 Democratic appointees on the Ninth U.S. Circuit Court of Appeals will be eligible for senior status by January 2023. Democratic appointees currently have a three-seat advantage on that panel, putting control of the court within reach for Republicans.

"If President Trump is reelected, he could do the unthinkable for a Republican and flip the Ninth Circuit to conservative control," Davis told the Free Beacon, noting that Trump has already closed the partisan gap on that bench significantly.

Another promising venue for legal conservatives is the Fourth U.S. Circuit Court of Appeals, which covers the Carolinas, Maryland, Virginia, and West Virginia. Judges installed by Democrats have a one-seat majority on that court, but six of them will be eligible for senior status by 2023, A3P's figures show.

The Fourth Circuit also highlights a budding problem for Republicans and a potential windfall for Democratic presidential nominee Joe Biden. Two right-leaning Fourth Circuit judges are at least 75 years old. According to A3P's data, there were 24 Republican appointees eligible for semi-retirement at the start of 2020. Retaining those seats will be a high priority in a Trump second term and could easily help Democrats make up ground lost since 2016 should Biden prevail.

"Fortunately, when President Trump is reelected, we will have another window of opportunity to replace these judges," Davis said of aging conservatives.

Mere eligibility for senior status is no guarantee of a retirement. Many judges serve well into their later years. U.S. District Judge Wesley Brown famously served on a federal trial court in Kansas until his death in 2012, at age 104.

Richmond's Tobias suggested that Trump's past tussles with judges have cost him replacement opportunities.

"I think some Democratic appointees are offended by Trump and his disrespect for the rule of law and what he's done with appointments," Tobias told the Free Beacon. "Some of those appointees may be waiting to see how the election will work out."

The regional circuit courts hear appeals from the trial-level district courts and set precedent for the district judges in their respective areas. Since the Supreme Court only resolves about 75 cases per term, the circuit courts give the final word on the overwhelming majority of federal cases.

In addition, the 13 circuit courts are often feeders for the Supreme Court. Eight of the nine justices were previously circuit judges. Clerkships on the appeals courts are highly coveted by young lawyers, so installing Trump judges on the circuits has positive network effects for the conservative legal movement.

Beyond future appeals court vacancies, a top priority for the next administration is the 17 empty seats on the federal trial courts in California.

There are six Trump nominees to district courts in California awaiting final confirmation votes. Even assuming all are confirmed by year's end, there will be about a dozen California vacancies for the next president to fill, with additional empty seats in Washington state. It's a curious omission on the administration's part, as West Coast district judges have stymied several Trump policies, such as the travel ban or the construction of a southern border wall.

Other vacancies may be attributable to the high priority Republicans have placed on circuit court confirmations. While stacking the Ninth Circuit is a meaningful accomplishment for Trump, it seems to have come at a cost.

"The administration filled all 10 Ninth Circuit vacancies, so they did take care of that issue, but to the neglect of the district courts," Tobias said.

What Biden makes of all this is less clear. The courts were not mentioned during his acceptance speech to the DNC. 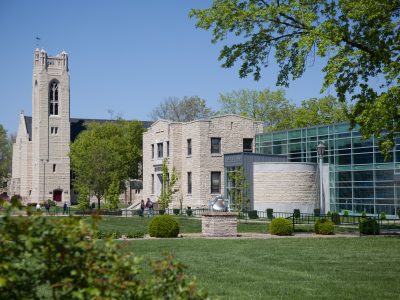 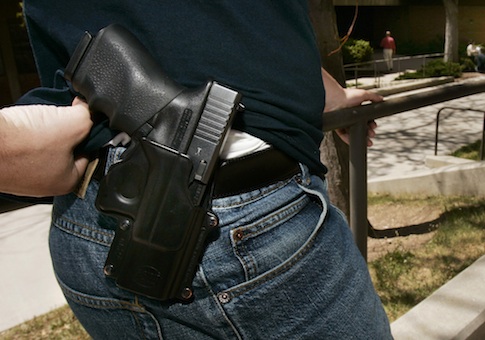