Republican-controlled state legislatures are moving to protect the right to religious worship from future government-ordered lockdown measures that have sparked legal challenges since the start of the pandemic.

Montana, Oklahoma, and Arkansas are pushing legislation that would further protect religious liberty in the wake of shutdown orders mandating that places of worship close their doors entirely or operate under significantly curtailed conditions. The Montana Religious Freedom Restoration Act, signed into law by Republican governor Greg Gianforte, establishes that the government "may not substantially burden a person's right to the exercise of religion." Oklahoma's law, signed by Republican governor Kevin Stitt, similarly makes restrictions on religious worship because of an emergency more difficult to enforce. The Arkansas legislature went a step further and proposed an amendment to the state constitution that would establish similar protections for religious worship. The amendment will be voted on by Arkansas voters next year.

"Throughout 2020, we saw First Amendment rights being ignored in states across our nation," state representative Brian Hill (R.), who authored Oklahoma's legislation, said. "Based on the First Amendment and the Oklahoma Constitution, the undue burden created by blocking our places of worship from gathering was unacceptable and required a legislative response to insure that in Oklahoma this type of government overreach would not be tolerated."

The state laws expand on protections for religious liberty that were enacted by the passage of the federal Religious Freedom Restoration Act in 1993. Montana joins 21 other states that have enacted their own expansions of the 1993 law. Montana's legislation comes on the heels of a contentious year of restrictions on religious worship due to concerns about the spread of COVID-19.

The laws are likely to find a sympathetic Supreme Court, as it has repeatedly ruled against restrictions on religious worship during the coronavirus pandemic. The Court repeatedly signaled its support for legal challenges brought by religious organizations against state-issued limitations on in-person religious services. The Democratic strongholds of New York and California found themselves in the Court's crosshairs on multiple occasions for singling out religious institutions for harsh treatment even as they eased restrictions on businesses and other organizations.

"I believe each individual has the right and capacity to make an educated decision for their own health and safety," Hill said. "I also question the validity of requiring places of worship to close while not expecting the same of big box stores with the same capacity limits."

The Alliance Defending Freedom, a religious liberty organization that has helped challenge shutdown measures, praised state lawmakers for taking action against "government attempts to burden their ability to live and worship according to their faith." Critics of the laws argued that the laws would turn into vehicles to challenge government non-discrimination statutes. "This [law] allows individuals to turn the shield of religious freedom we all hold dear into a weapon to attack LGBTQ and Indigenous Montanans," said Shawn Reagor, director of Equality and Economic Justice with the Montana Human Rights Network.

State senator Carl Glimm (R.), the author of Montana's bill, said the legislation is necessary to protect places of worship from harsh treatment by heightening the standard necessary for governments to order their shuttering.

"Does the government have a compelling interest to close churches?" Glimm said. "This bill would have given churches their day in court, for the government to have to prove that there was a sufficient need to close them. … The bill will allow a fair day in court for when our religious liberty is being limited." 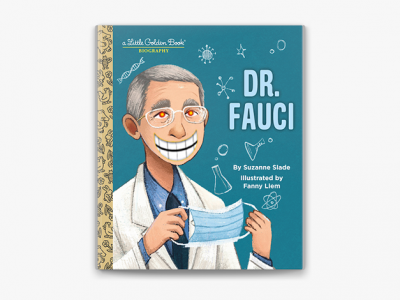 Self Care for Psychopaths: The Anthony Fauci Children’s Book