Column: Who will speak for ordinary Americans?

In 1959 the British novelist C.P. Snow delivered a lecture at the University of Cambridge entitled "The Two Cultures." Snow’s topic was the gradual separation of scientific knowledge from humanistic knowledge, and the dangers of educational specialization and technical illiteracy. Snow was not a disinterested observer. Trained as a chemist, he had a foot in both scientific and literary culture. He argued that educated citizens once understood reality through shared vocabulary, symbols, and concepts, but the common culture of the past had diverged into competing intellectual tribes. The separation harmed not only the individual intelligence, but also our collective ability to survive the nuclear age. His talk, later published as a book, became the standard text in debates over the relation between science and literature, and between technology and morality.

Snow sought unity. Scientific and literary culture shared a common ancestor—what might be called the "Ur-culture" of Western civilization. This unstable mixture of Jerusalem and Athens produced modernity, with all its benefits and costs. Not long after Snow described the "two cultures," however, the very idea of culture itself came under attack from artists, intellectuals, activists, and students for whom democratic capitalism was spiritually unsatisfying and politically and economically unjust. These various challengers and dropouts thought of themselves as a "counterculture," a self-conscious movement against the premises and values of Snow’s two cultures, as well as those of the original "Ur-culture" of the West. Free love, rock ‘n' roll, the Hippies, the Yippies, druggies, various communards, the student revolt, the soixante-huitards—another name for the counterculture is "the Sixties."

"Countercultural challenges to orthodoxy take different forms at different times," wrote Irving Kristol in 1994, "but a common substratum of attitudes and belief is discernible." Counterculturalists feel alienated from their societies. They are estranged from, suspicious of, and antagonistic toward the ideals of their civilization. They experience outrage and indignation at the institutions that perpetuate corrupt values and social injustice. They fixate on sex—how it is regulated, who defines normality and abnormality, where children are raised and schooled. They succumb to enthusiasm and fanaticism, to crankery and conspiracy. "When in the grip of a countercultural passion," Kristol explained, "one can easily lose or repress the ability to distinguish the nutty from the sensible."

The Sixties, of course, are long gone. The various parts of that decade’s counterculture have either disappeared or, following Kristol’s terminology, been incorporated into the "orthodoxy" of liberal democracy. The most radical experiments burned themselves out. Countercultural theorists feathered their academic nests. Hippie attitudes and aesthetics proved compatible with consumer society. Crime, welfare dependency, and divorce receded. This integration of "bohemian" and "bourgeois" reached its apogee in 2015, when the U.S. Supreme Court established a constitutional right to same-sex marriage.

The year is worth noting. Just as it looked like one set of problems were solved, other crises appeared on the horizon. The Black Lives Matter movement grew during the protests in Baltimore over Freddy Gray’s death in police custody in the spring of 2015. Caitlyn Jenner appeared on the cover of the July 2015 Vanity Fair, heralding the next debate over sexual identity and mores. That autumn, high-profile incidents on the campuses of Yale and the University of Missouri marked the arrival of "cancel culture." And Donald Trump crisscrossed the land on his circuitous route to the White House.

Suddenly, the modified orthodoxy of liberal, "Bobo" democracy—what’s come to be known in some quarters as "neoliberalism"—faced a countercultural challenge of its own. Liberal principles of free markets, internationalism, democratic government, individual rights, and the rule of law trembled under pressure. What made this latest countercultural rebellion unique was its pincer attack. There used to be one counterculture. Now there are two.

The left counterculture—what critic Wesley Yang calls the "successor ideology"—sees the United States as fundamentally corrupt and irredeemable, a zone of grotesque violence against racial and sexual minorities, a systemically racist polity desperately in need of censorship, reeducation, and massive government intervention to rectify centuries of brutality and oppression. The left counterculture’s alienation from mainstream society is expressed in its polemics and jeremiads. Its indignation was manifest in the riots over the murder of George Floyd in the summer of 2020. Its revisionist attitude toward sexual codes is evident in the Black Lives Matter platform’s (now revised) call to "disrupt the Western-prescribed nuclear family structure," and in the centrality of transgenderism to its worldview. The left counterculture proves time and again George Orwell’s dictum that there are some ideas so foolish that only intellectuals will believe them.

The right counterculture, meanwhile, sees America as on the verge of collapse, on the brink of secession and civil war, a frightening place ruled by a bureaucratic-woke-medical-corporate "regime" not unlike the former Communist states of Central and Eastern Europe. The alienation of the right counterculture from modern America is apparent whenever its spokesmen demean and defame their fellow countrymen, say their country is lost or not worth saving, and look to foreign strongmen for guidance and succor. "Indignation" cannot begin to describe the right counterculture’s outrage at the direction of society, at the limits and frustrations of politics, at the bewildering tempo and fevered temper of current events. This rage at modernity, along with corrupt leadership and social media conspiracy theories, produced the riot in the U.S. Capitol on January 6, 2021. The right counterculture’s uneasy conscience over the events of that day is visible in its attempts at historical revisionism and blame-shifting. It too is focused on the family, peppering its discourse with references to the baby bust, lack of male marriage prospects, and threats to childhood innocence and traditional religious values.

Our two countercultures, separately and together, correctly identify weaknesses and flaws in twenty-first century liberal democracy. But they mistakenly view these problematic conditions not as discrete challenges but as totalistic indictments. They marry disinterest in empirical reality with utopian expectations from politics. They collapse the distinction between private and public that guarantees political, economic, and religious freedom. As they consolidate control over their respective institutions, they silence dissent and promote victimhood, hopelessness, paranoia, and fear.

Ordinary men and women are caught in the crossfire of this three-front war between the left counterculture, the right counterculture, and the rest of America. Facing the curse of inflation for the first time in decades, the American who fills up the tank or buys groceries must experience something like despair as he watches the attempts to cancel Dave Chappelle, remove statues of Thomas Jefferson, promote quackery about the coronavirus, and pledge allegiance to a flag carried in the battle of Capitol Hill. Who will speak for normal people, for Americans who love their country, who desire nothing more than ordered liberty and the opportunity to better their conditions and raise their families in stable environments? Who can triangulate between the countercultures of left and right and the real silent majority of Americans, who would like nothing more than the extremes to go away?

"The delicate task that faces our civilization today is not to reform the secular rationalist orthodoxy, which has passed beyond the point of redemption," Kristol wrote in his essay on the Sixties. "Rather, it is to breathe new life into the older, now largely comatose, religious orthodoxies—while resisting the counterculture as best we can, adapting to it and reshaping it where we cannot simply resist." The contemporary task is somewhat different.

As religious affiliation declines, and as some orthodoxies enter into concordats with nationalists hostile to democratic capitalism, the priority must be the vigorous and nonsectarian promotion of what were once called "middle-class values"—moderation, civility, empiricism, prudence, humility, restraint, and reverence for the law—and the families that transmit these values to the next generation. Only a sober and reflective defense of the constitutional order and sustained attention to the priorities and aspirations of everyday, nonideological men and women will allow us to resist the two countercultures. Before they bring America down with them. 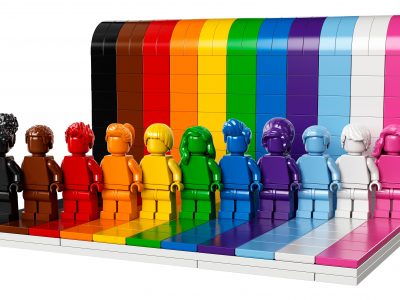 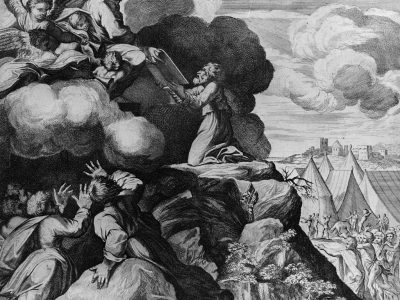 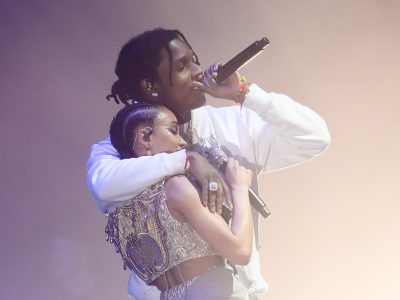