Column: The only predictable fallout of coronavirus? Partisanship.

The pundits are having difficulty settling on a historical analogy for the COVID-19 coronavirus. Will the spread of the disease be President Trump's Katrina or his financial crisis? Will it be similar to the H1N1 avian flu pandemic in 2009 or will it be politicized like the Ebola outbreak in 2014?

Comparisons are tough. After all, the situation is unprecedented. The political consequences of COVID-19 are difficult to predict because of the interplay between a public health emergency and a fractured public narrative. Coronavirus is the first postmodern pandemic.

It has the makings of a phenomenon not seen in a century. The Spanish Flu of 1918 infected an estimated one-third of the global population. It had a case fatality rate greater than 2.5 percent—slightly higher than the rate for coronavirus observed in China so far. More than 600,000 people died in the United States of "La Grippe." No one wants to see these numbers repeated.

Perhaps they won't be. The malpractice of the Chinese Communists may be responsible for the high fatality rate there. The rate outside its borders, according to the World Health Organization, is lower. And America inhabits a different public health universe than a century ago. Flu vaccines and therapeutics did not exist. Hospitals, the sciences of virology and epidemiology, and medical technology were primitive. Authorities relied on quarantines and appeals for good hygiene. Results were mixed. And disappointing.

This is different from the Spanish Flu. Science, medicine, and public health have improved immeasurably. But that is not the only difference. COVID-19 is novel. No one saw it before last December. No one is sure where it came from. And it has spread quickly. Despite record advances in gene sequencing and drug testing, it will be more than a year before a vaccine can be mass produced.

The global economy is far more integrated than in the past. And a worldwide broadcast, digital, and social media exist that would have been fanciful to President Wilson. This system distributes misinformation, incentivizes hysteria and partisanship, and expects immaculate performance from the government while ignoring, dismissing, and excusing its own failures. Dealing with "community spread" is hard enough. Try doing it while watching Don Lemon.

We were better off when the media focused on impeachment. Now that it is interested in coronavirus, a familiar pattern will set in. Data will be publicized without the slightest sense of proportion. The most outrageous scenarios will receive the most attention. Speculation will be paraded as fact. And every conceivable negative outcome, from infections to deaths to plunging stock values, from reasonable and warranted travel bans to unanticipated diplomatic and economic fallout, will be related back to the president in an effort to damage his reelection.

Financial journalists who see bears around every corner now point to coronavirus as the irrepressible agent of recession. A columnist for the New York Times says, "Let's Call It Trumpvirus." CNN slams the president's coronavirus task force for its "lack of diversity." The Washington Post transcribes Democratic Party talking points when it suggests Vice President Mike Pence is incapable of overseeing the government's efforts because he opposes needle-sharing programs. Among the reasons Trump is said to have weakened public health? He defunded Planned Parenthood.

The Democrats criticize Trump for budget cuts that never happened. Chuck Schumer plots a campaign to bash the president for a paltry supplemental request, only to have Trump say Congress can appropriate whatever it wants. Elizabeth Warren introduces a bill to "transfer all funding for @realDonaldTrump's racist border wall" to coronavirus defense. Has she seen her doctor lately?

This isn't a serious response. It's a tantrum. There are plenty of additional things the Trump administration could do to prepare for an outbreak. My American Enterprise Institute colleague, former FDA commissioner Scott Gottlieb, M.D., has several recommendations, including allowing for more testing. What the media and Democrats offer instead are dispatches from Resistance Land—that magical place where the border is open, Medicare is for all, the New Deal is Green, and coronavirus isn't the problem, Donald Trump is.

Knowledge of the physical universe has grown exponentially since 1918. So have the means by which we are able to express discontent, fear, blame, and unreason. Which is why I do have one prediction about the weeks ahead: Our politics will remain nasty, polarized, overheated, and dispiriting. Even as Mother Nature reminds us who's really in charge. 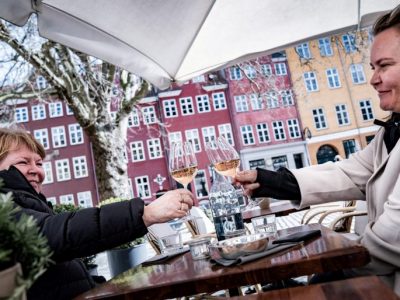