Blocking streets and sidewalks, the students are refusing to leave until the university agrees to meet their demands: the abolition of the university's police force, the formation of cultural centers, and the development of a "Critical Race and Ethnic Studies Department." The new department, the group writes, would be required to teach "revolutionary histories, abolish all academic penalties… [and] redistribute resources to students and communities of color."

The students' interactions with the Chicago Police Department and university officials, though infrequent, have been aggressive. According to the university's student paper, the Chicago Maroon, on Monday night, protesters repeatedly screamed, "good night, good evening, we're not f—king leaving" at the provost’s house. The demonstrators spray painted messages in the street immediately outside her house. Written in Chinese characters was, "Don't you care about your reputation" and, more offensively, "F—k your mother." As CPD officers began to arrive on the scene, protesters then blocked the streets, chanting, "Who keeps us safe? We keep us safe!"

The graffiti, meanwhile, has drawn an intense outcry from students, even those on the left, who accused #CareNotCops of anti-Asian racism and harassment. Provost Ka Yee Lee, born in Hong Kong, studied at Brown University and has been a professor at the University of Chicago since 1998.

In the face of overwhelming criticism, #CareNotCops leadership and its supporters decided to double down.

Activist attempts to disband the University of Chicago’s police are not a new phenomenon. Earlier this summer, the #CareNotCops activist group staged an after-hours sit-in at the University of Chicago Police Department Headquarters. Unable to use the building’s locked bathrooms, students resorted to using "children's diapers" to make it through the night.

On Tuesday, in an official university statement, Provost Lee responded to the students camped outside of her house. She wrote that student activists have gone "beyond any civil bounds," as they have "harassed and directed personal attacks and vulgar language at [her] family members and [herself], verbally and in writing." Contrary to what activists were claiming, she revealed, the university has offered to meet with representatives from #CareNotCops since their June sit-in.

Lee, however, affirmed that "the University has no intention of disbanding the UCPD."

In response to Lee’s statement, student protesters reaffirmed their commitment to continuing their occupation. As of Wednesday night, students have zip-tied themselves to a canopy set up in the street, remarking that they’re "here to f—ing stay!"

Update, 8:45 p.m.: This piece was updated to include new actions by student protesters.

Published under: University of Chicago 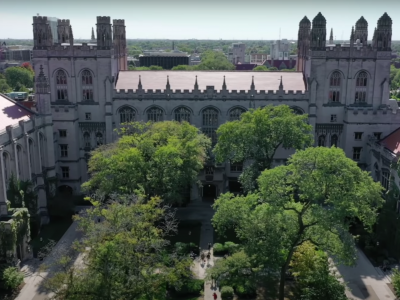 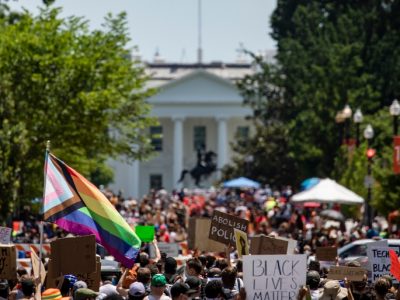