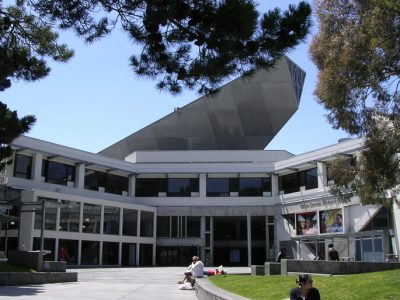 This Week in Campus Insanity Vol. 37

The University of Florida suspended its Turning Point USA, Network of Enlightened Women, and Young Americans for Freedom chapters after they hosted a joint outdoor cookout event, which the school said violated its established pandemic health guidelines. Students say they wore masks except while eating and drinking during the event, in compliance with school policies, even though Florida does not require residents to wear masks in public.

The University of Cincinnati will not renew adjunct engineering and science professor John Ucker's contract after he referred to the coronavirus as the "Chinese virus" in an email last fall. Dean John Weidner previously said that while Ucker's use of the term didn't "meet the threshold to be designated harassment," it "caused offense to members of our community."

Syracuse University religion professor Biko Gray said during a panel on the "Religion of White Rage" that conservatism may be "a euphemism for white supremacy and its affective variant, white rage." The panel was meant to "shed light" on white rage and "map out the uneasy relationship between white anxiety, religious fervor, American identity and perceived Black racial progress."

North Carolina's Appalachian State University will launch its inaugural Black Male Excellence Initiative this fall, which will include unveiling a dorm for black male students and a "Wakanda Warriors: Black Male Excellence" class to analyze connections between the movie Black Panther and black men's experiences in higher education.

Cornell University officials declined to answer whether they believe the Chinese Communist Party is committing genocide against Uighur Muslims in the Xinjiang region of China. The non-answer comes amid uproar over a proposed, Beijing-sponsored joint degree program between Cornell and China's Peking University. It also follows recent reports from inside the CCP's labor camps that detail systemic rapes of Uighur women and the slaughter of Uighur children. Chinese Communist Party leadership have made remarks likening the Uighurs to "malignant tumors" and "weeds."

If you have any suggestions for our Top 6 stories, please email nester@freebeacon.com.