Publication staff have been threatened, intimidated

A hacker breached the website of a conservative student publication at the University of North Carolina, erasing hundreds of articles and leaving a threatening message for the paper’s staff.

The Carolina Review’s website was left largely blank Wednesday night around 10:00 PM, save for a note the hacker left on the masthead that called editor in chief Bryson Piscitelli a "nazi scum fuck off." The hack came just hours after one of the Review’s campus distribution boxes—installed last Sunday—was vandalized with the word "racist" in black Sharpie. 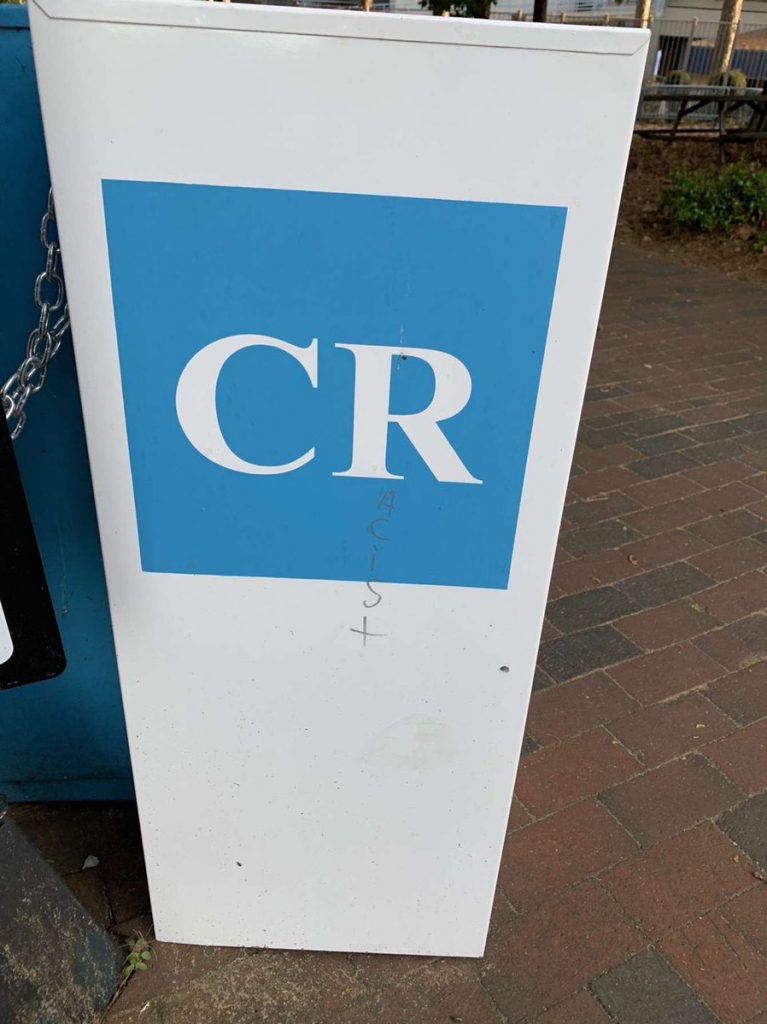 Piscitelli, a sophomore, told the Washington Free Beacon that the school’s liberal political culture has made his publication a target, leading him to believe a student is responsible for the hack.

"The sad truth is, this sort of thing is really not surprising to us," Piscitelli said. "We all in the back of our minds have always expected this—it's been a fear certainly, but a thing we've had to stoically embrace as people who are not willing to keep in ideological step with the leftwing orthodoxy of the university’s student body."

Expressing conservative views on college campuses can in many cases leave students vulnerable to physical attacks and intimidation from their liberal peers. A conservative at Berkeley was punched in 2019 while recruiting students to join the Leadership Institute, a conservative activist group, and student government leaders have been pressured to resign for holding Christian beliefs and defending Israel.

Conservatives at UNC have also faced harassment for their beliefs. One UNC student assaulted a pro-life advocate at the university in 2019. Liberal students lambasted Fox News host Tucker Carlson when he spoke at UNC in 2018, calling him a neo-Nazi and white supremacist.

Founded in 1993, the Carolina Review is an independent student publication that expresses the university’s "conservative and libertarian voice." Carolina Review managing editor Elliot Gualano said he often fears for the safety of his staff writers.

"I am less concerned for myself but more concerned about the people that work for us, our staff writers that make up the most of the publication. They have been attacked and ostracized by their peers for joining the journal," Gualano told the Free Beacon. "I fear for their personal safety sometimes, for the horrible backlash these individuals get just for being a staff writer."

The hacker is not the only force attempting to silence Carolina Review writers. Two female students were bullied out of working for the paper last semester, Piscitelli told the Free Beacon. One former staff writer's roommates repeatedly ignored her and excluded her from group outings. Another student’s sorority chastised her for publishing an article in the Review and intimidated her into never again submitting a piece for publication.

The publication's website was rebooted as of Friday morning, as Piscitelli and his team recovered some archived work. He is not yet sure of the full extent of the hacker’s damage.

While PDF copies of the magazine are stored and saved, 15 years of articles published online-only could be lost forever—including one article that uncovered UNC Asian and Middle Eastern studies professor Dwyane Dixon had taken part in the infamous 2017 "Unite the Right" rally in Charlottesville as a member of the leftist "Redneck Radicals" group, an Antifa-style militant organization.

Campus police have assigned an investigator to the case. A spokesman for the University of North Carolina told the Free Beacon that UNC "condemns vandalism and rhetoric that discourages students from speaking freely on campus," and that the school "strive[s] to foster an environment where everyone, regardless of identity, background, or perspective, can enjoy their right to free expression and their sense of safety and belonging." The school declined to comment on the ongoing investigation.

A study conducted by three UNC professors in 2019 found nearly 25 percent of the school’s student body approve of suppressing viewpoints they view as incorrect, and defamatory comments directed toward conservatives are "common." About 68 percent of conservative undergraduates at UNC reported they self-censor out of fear there could be consequences for expressing their views.

While Piscitelli said most of the political pressure he’s faced comes from his peers, Gualano told the Free Beacon that professors have also created "an environment where [his] viewpoints will not be welcomed." A religion professor told him at the beginning of his first class this semester that he was having a great day because President Joe Biden was being sworn into office.

Another liberal professor will soon come onboard. The University of North Carolina announced this week that the New York Times 1619 Project architect Nikole Hannah-Jones will join the school’s journalism and media program in July. Hannah-Jones’s project has been criticized by many historians and other scholars for its inaccurate claims about the American founding, in which she argued the American Revolution was fought to preserve slavery.

Gualano said the university's campus climate is "not conducive" to what college life should be like.

"In my opinion, college should be a place with open and free exchange of ideas," Gualano said. "But people here are dissuaded from holding opposing viewpoints."