Lecture Fund will set aside half its budget for black speakers

The student group in charge of Georgetown University's off-campus speaker fund is pushing to mandate 50 percent of its annual $85,000 budget exclusively to "amplify Black voices."

The university's Lecture Fund, a student group that allocates money for guest speakers on campus, announced it will give half of its budget to black speakers or groups to promote the "Black Lives Matter" message. In an Instagram post, the group said its "meager" $42,500 contribution will help negate white supremacy on Georgetown's campus.

"The Lecture Fund is committing itself to a policy of financial parity for the upcoming academic year, in which half of its budget ($42,500) will be allocated exclusively to amplify Black voices," the post reads. "This is a meager contribution in context of what is owed, but it is the first step our organization can take to do our part in the collective struggle against white supremacy."

The group said it also aims "to prioritize the wellbeing of Black students in the process of inviting speakers to campus." In its statement, the organization makes clear that "free speech" is not an adequate metric for hosting guest speakers.

"It is clear that free speech, without consideration of context or history, is neither free nor fair in its impact on Black lives," the post reads.

Conservative campus groups are fearful the student-led fund may refuse speakers who have criticized Black Lives Matter's political agenda, particularly those who have taken issue with calls to defund the police. Rizana Tatlock, a rising Georgetown junior, said the Lecture Fund's new proposal will lead to less discourse on campus.

"By committing to the ‘wellbeing' of students on campus, the Lecture Fund is effectively setting an arbitrary standard with which to judge speakers and ideas. If the Lecture Fund attempts to guarantee safety and comfort from ideas, then they do so at the expense of discourse," Tatlock said. "We need more discourse, not less, and we certainly should advocate for critical thinking and openness to new ideas instead of looking to insulate people from them."

The Lecture Fund did not respond to requests for comment.

Jacob Adams, a member of Georgetown's College Republicans, told the Washington Free Beacon that the Lecture Fund has a history of inviting majority liberal speakers to campus. This is the first time, however, that it has set an explicit quota on the identity of speakers.

"I think the Lecture Fund's position on inviting speakers based on immutable characteristics is not the correct approach to solving inequalities," Adams said. "The Georgetown Review … did a survey on Lecture Fund speakers between October 1, 2013, and March 15, 2017, and found ‘liberal and left-leaning speakers accounted for approximately 70 percent of political speakers hosted by the Lecture Fund.'" 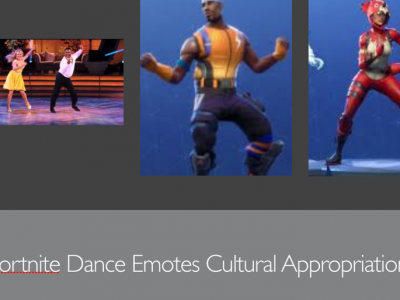