I remember it like it was yesterday. On April 30, I got an email from Robby Mook explaining that it was my last chance to get an official "Woman Card" from the Hillary Clinton campaign:

Let the Republicans keep demeaning this team and Hillary — we’re going to come back twice as strong and show just how strong we are. We’re in this fight so that EVERY American can reach his or her full potential, no matter our gender, race, religion, no matter how much money we have, where we come from, or who we love.

I’m damn proud of this team and everything we’ve accomplished so far — 25 wins and more than 12 million votes! If you’re proud, too, chip in $1 to claim your free Woman Card today, and let’s show Trump and the Republicans exactly who they’re up against

What can I say? I caved, immédiatement, and ponied up a buck. A few minutes later I received an email with the subject line "Thanks for ordering an offical Woman Card." It said my merch was on the way. 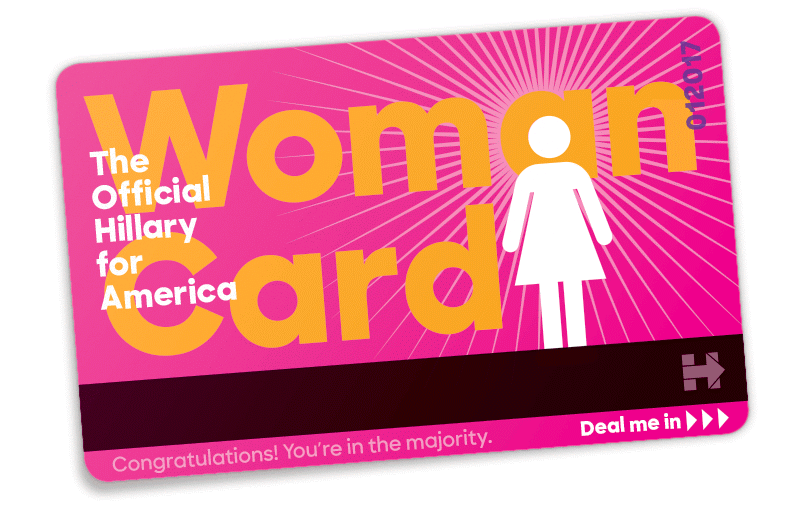 Flash forward eight weeks later, and here I am, despondent. Some readers will recall that I paid $100 to attend the annual conference of the Democratic Women's Leadership Forum last fall. I've been to a Hillary house party. I look to the former secretary of State for fashion advice. I've even had the honor of lighting up in her presence: 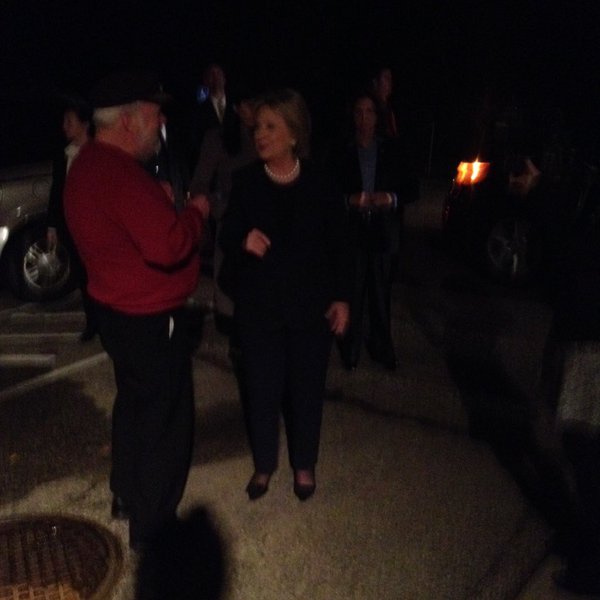 We didn't exchange words that evening, well after midnight in front of the Three Chimneys Inn in Durham, New Hampshire, but she did glance in my direction once. I like to think that as I stood there puffing away in the cold, with my wife and daughter sound asleep on the third floor of the oldest standing building in the Granite State, she and I had one of those rare private moments charged with ineffable meaning. It was a kind of epiphany, and when I think back to it now I am reminded of the bittersweet words of Chaucer's Wife of Bath. "[I]t dooth myn herte boote / That I have had my world as in my tyme."

But that was then, and this is now. As the days turn to weeks and the weeks go to months, I ask myself whether I can really say with conviction as of old, "I'm With Her." This is the real reason I've been feeling out of sorts—to put it mildly—of late.

Please, Robby—get me that card.