Hillary Clinton continues to reach out to the ruthlessly unimaginative members of the millennial generation whose support she'll be counting on in 2016. Her campaign, for example, recently put out a list of "DIY Hillary Clinton costumes for Halloween" advising mature trick-or-treaters how to dress up like old photos of Hillary Clinton. It was a very spontaneous and fun thing that they did.

We thought it was a great idea, and decided to put together some Hillary Clinton costume ideas of our own.

People magazine rocked the nation back in June by publishing a cover image of Hillary Clinton in which she appeared to lean on an old person's walker for support, a controversy that remains unresolved. This Halloween, get ready to "cover" yourself in this age-old look. 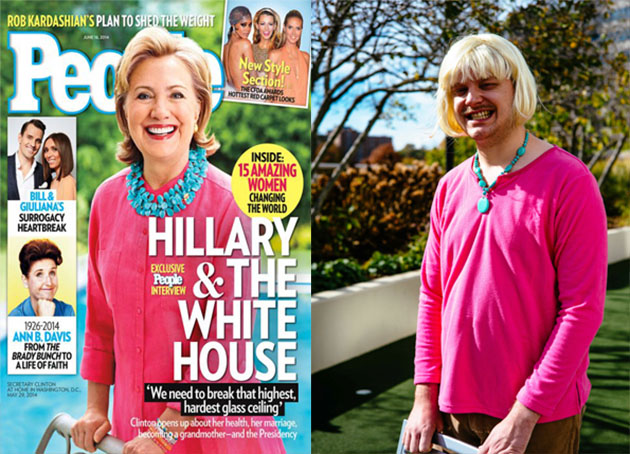 Make a difference in this classic little number inspired by Hillary's 2013 Benghazi testimony. 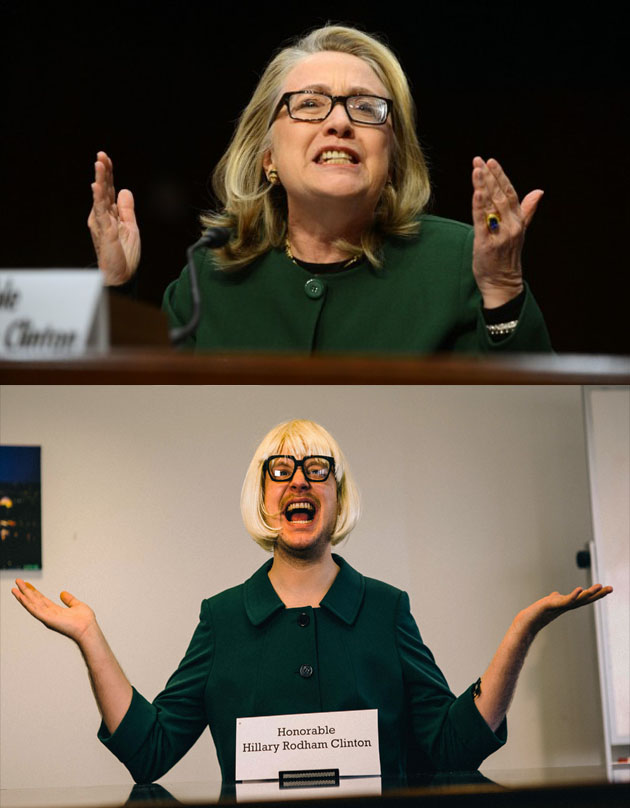 Hillary Clinton has held a variety of political positions over her career, depending on the circumstances. Go back in time with this "retro" look, and celebrate the candidate's evolution on the issues. 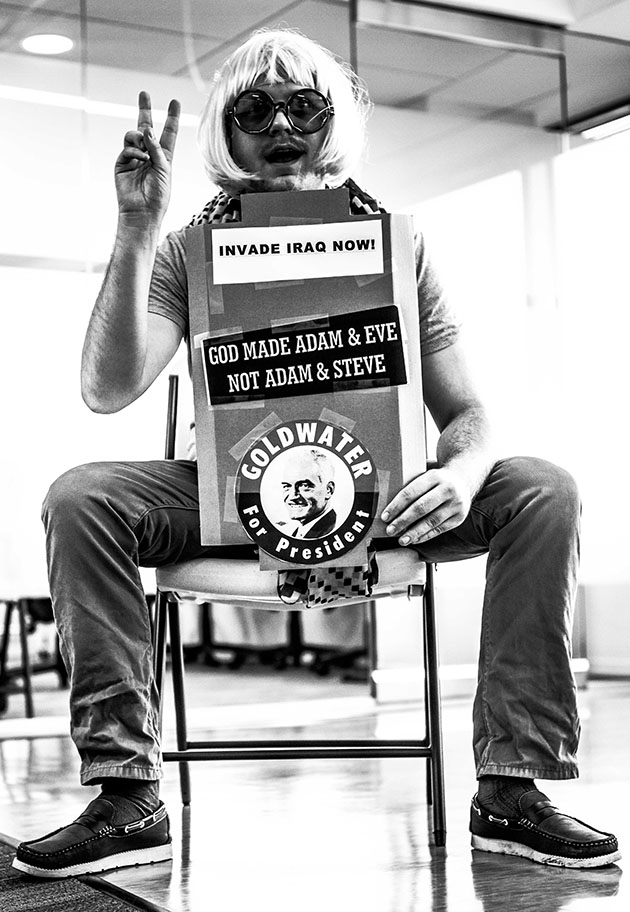 Thinking about the future can be fun. Try our festive "orange and black" take on Hillary's projected career path. 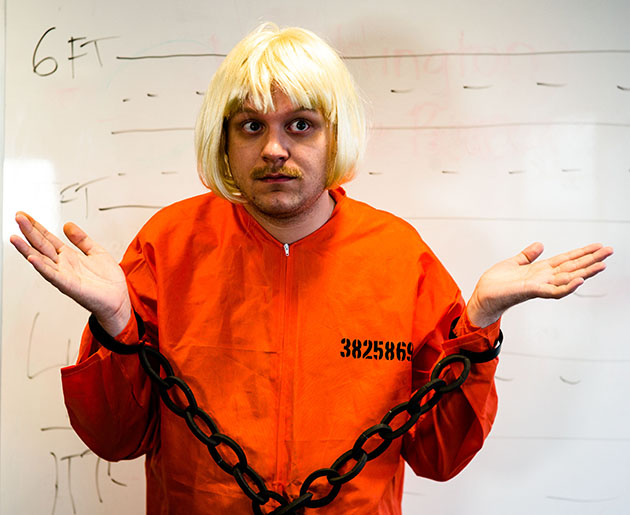 One of the most fun aspects of campaigning for political office is all the charismatic billionaires you get to meet along the way. Just don't get "spooked" when they ask you to show up at their wedding. 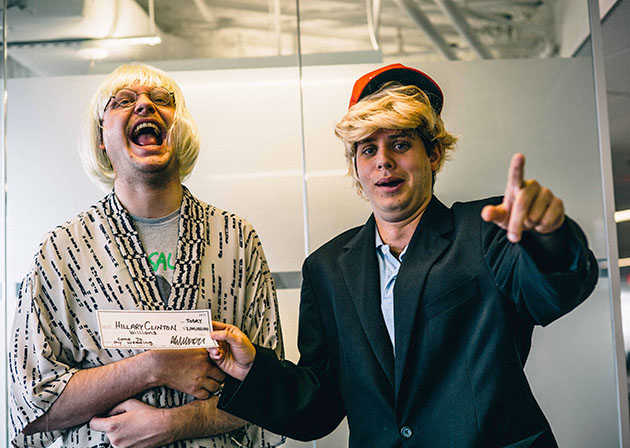 Go #BeachMode in this breezy getup inspired by Hillary's successful unassisted walk at the Hamptons, where millionaires go to kick back. As Sheryl Scarecrow might sing this Halloween: "Iiiiiiiiiii want to soak up the suuuuunnn! Hillary is so fuuuunnn and  just like us!" 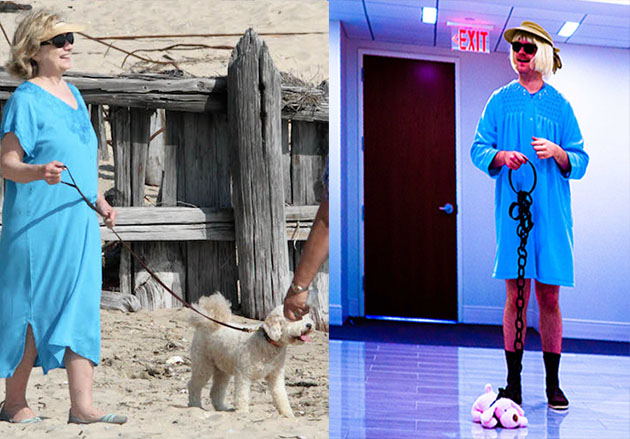 Husband astray? Make him pay! Let Bill know that his days of philandering with floozies are totes over. Inspired by the reporting of Roger Stone, a respected author and intellectual. 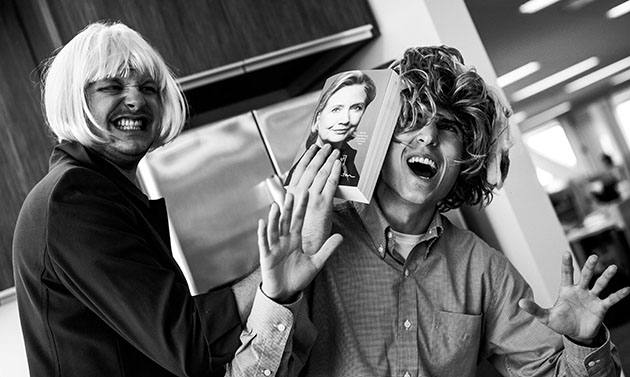 The former secretary of state recently revealed: "I'm not even a real human being. I was constructed in a garage in Palo Alto a very long time ago." It was not immediately clear if she was joking, and we'll probably never know. But who cares? You be you, Hillary! 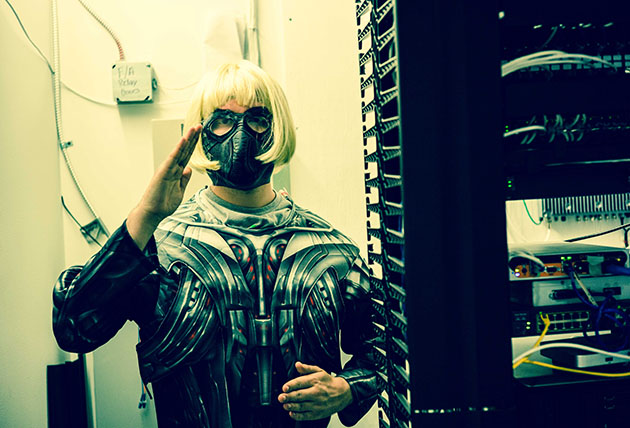 Seven years have passed since Hillary landed under fire in Bosnia, literally dodging bullets as teams of snipers strafed her position with automatic assault cannons. Celebrate her bravery in this epic throwback. TAKE AIM at holiday fun!

Inspired by Hillary's successful defense of a child rapist she believed to be guilty, this costume is sure to raise some eyebrows at parties, but remember: You were just doing your job! 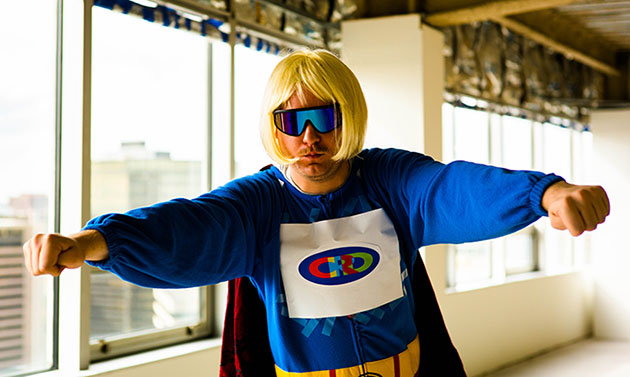