What Rick Scott Should Have Said At #FanGate Debate

Much has been said about the surreal beginning of Wednesday night's Florida gubernatorial debate.

For the uninitiated, the telecast began with two empty podiums and the patronizing voice of the debate's moderator explaining that the candidates had not yet agreed to appear on stage. Just then, former governor (and former Republican, and former naturally-hued) Democrat Charlie Crist strode onto the stage and took his place.

The aforementioned patronizing moderator then explained that Republican Gov. Rick Scott had refused to take the stage because Crist broke the agreed upon rules by installing a small fan at his feet behind the podium.

The camera shot then showed the fan in question and the audience began booing Gov. Scott for what appeared to be a churlish and strange act.

Did Scott really think that by not showing up the media would run with the "Cheating Charlie Crist Ruins Debate By Insisting On Electronic Foot Ventilation" narrative?

Once Scott did grace Florida voters with his presence he was asked why he refused to appear at the start of the debate. It was at this moment Scott could have seized the narrative and take control of the situation appropriately. Instead he replied (and this is a direct quote):

So, let's get this straight: The Scott campaign refused to participate in the debate because creepy orange boy insisted on an electric fan to keep his ankles chilled. And when given the opportunity to explain himself the governor rambles on like he's Mel Tillis on Meth?

Here's what he should have said:

Why the delay? Thanks for asking. Glad to have the chance to explain to every voter in Florida what just happened. This guy, Creepy Charlie over here, he insists on cheating by having a fan at his feet during the debate. The organizers of this debate, including the media who are serving as the moderators, are refusing to enforce the rules. I'll debate the guy, despite his insistence on cheating, but it's important you all know that the man who wants to be your governor insists on having a fan plugged in and blowing up his pant leg at all times. The guy is nuts. This is something a faith-healing televangelist or a pedophile pop star does, not a chief executive of one of the most important states in America. Do you really want to live with this hot mess for the next four years?

Let's get going with this thing. I can't wait to debate this clown. Bring it, bi**h. 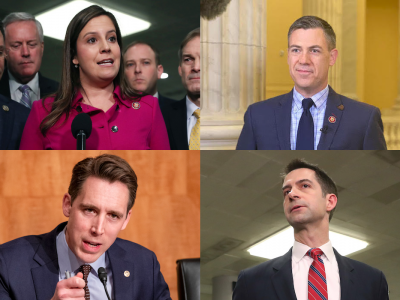