Wendy Davis’s disdain for 40-ounce bottles of malt beverages and for freedom has been well documented. You would think that Gregg Abbott’s lead over his Democratic opponent would therefore be larger than the 28 point spread Texas A&M buggy-whipped South Carolina by last week, instead of the 18 point lead he has. Wendy Davis shares surnames with the Gamecock's running back and former Heisman hopeful and is performing just as well.

Davis may be resolute in her opposition to guns and cheap liquor, but she’s more flexible in her stance on the only institution in Texas more revered than God: the Dallas Cowboys.

Yesterday, Davis fell over herself with her Cowboy fandom.

I mean, I would too. 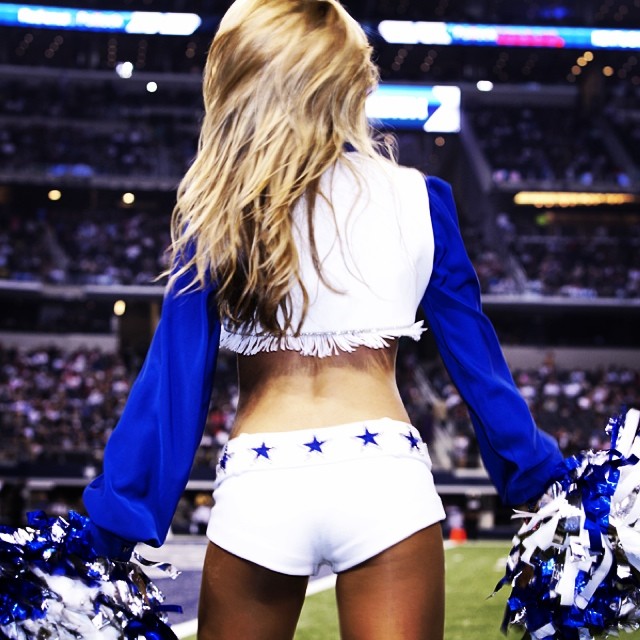 But Davis's words yesterday don't match up with what she said in her Vogue profile last year:

"The two propose a tour of the family’s Spanish-style town house—starting with the media room, where Super Bowl parties are held (‘Mom’s best friend is Patti Kraft, whose father-in-law owns the Patriots, so we’re big fans,’ Amber tells me)."

Of course, I can see the appeals of the Patriot's as well. 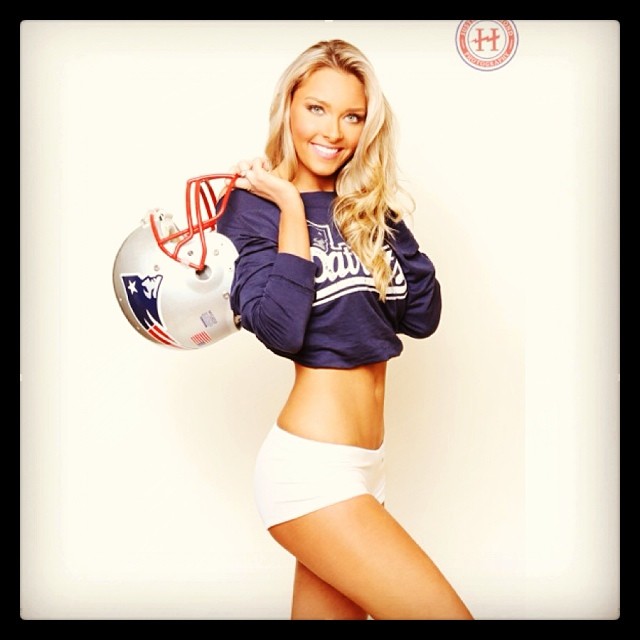 Which is it, Wendy? Witten or Hernanadez? 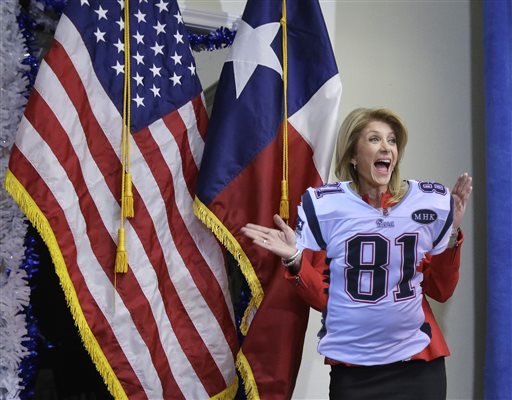 When confronted with her bandwagoning ways, Davis’s campaign told the Houston Chronicle:

I don’t know if Wendy Davis wants to link herself up with old 22. He has a word for her campaign at the :32 mark.

This makes it interesting. In 2013, Davis was holding Pats Super Bowl parties at her house, and in 2014 she's collecting $10,000 checks from former Cowboys.

Is Wendy Davis's fandom for sale?

Is Wendy Davis the football equivalent of Bob McDonnell?