President Donald J. Trump has done it again. Our great American leader, arguably the most successful since Abraham Lincoln, represented the United States with unprecedented aplomb during his recent state visit to Japan.

Trump presumably conducted a strong amount of pro-American diplomacy during his trip, but he also took part in a number of sporting events. Not only did Trump don his "Tiger Woods victory red" half-zip windbreaker during a round of golf with Japanese Prime Minister Shinzo Abe, the president also attend a marquee sumo wrestling tournament in Tokyo, where he presented the winner with a special "President's Cup" trophy. 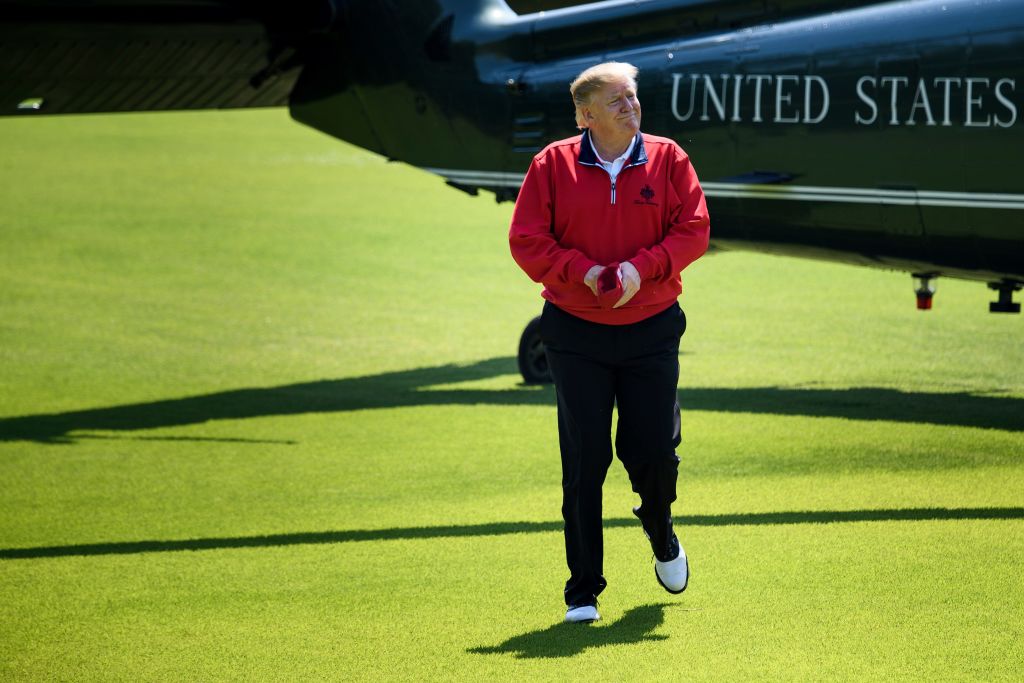 Trump was the first U.S. president to participate in the sumo event, marking yet another formidable achievement in his historic first term in office. In doing so, Trump once again highlighted the contrast between his dominant style of leadership and that of his predecessor, Barack Obama, who favored a more submissive approach.

Trump's subtle bow after presenting the eagle-topped trophy to sumo champion Asanoyama struck the perfect balance between American dominance and respect for Japanese tradition. President Obama, on the other hand, preferred to lean (literally) in a more subservient direction, even in his interacting with Japanese robots who haven't accomplished anything deserving of respect. 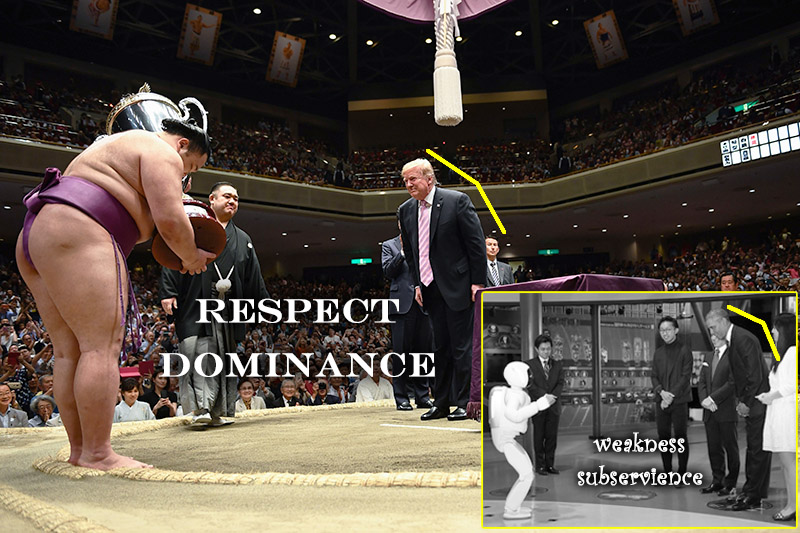 The contrast is all the more striking when we consider how the two presidents chose to greet Japanese Emperor Akihito. The image below is a stunning depiction of why so many patriotic Americans were drawn to Trump's central campaign promise to "Make America Great Again." 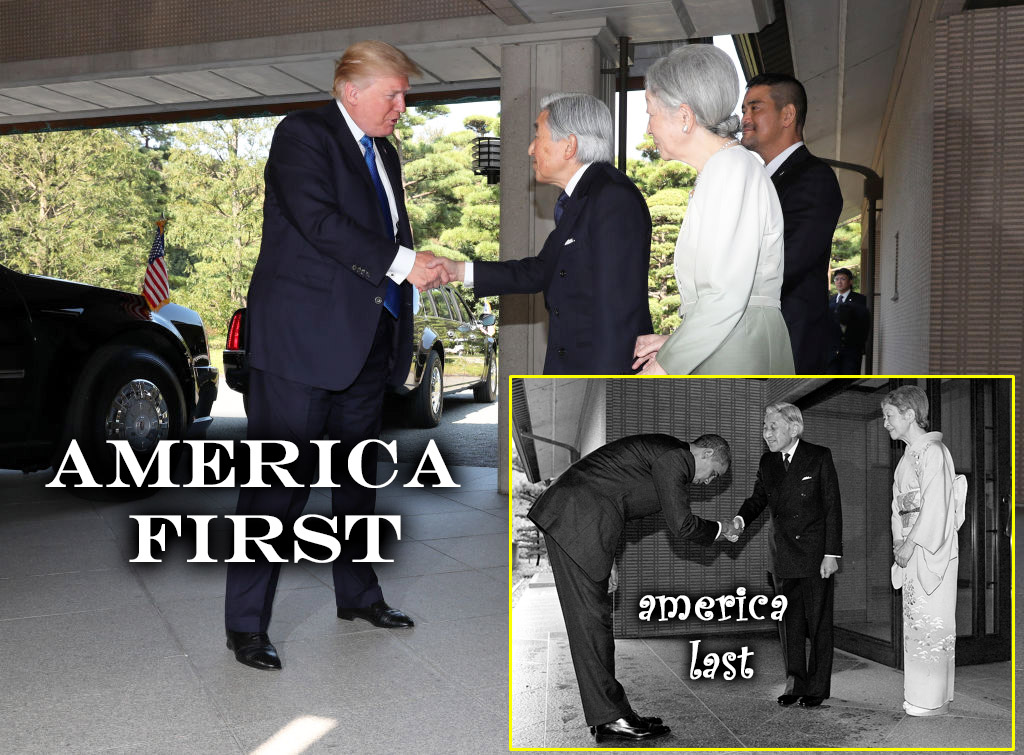