Currently in his third term in office, Abe is expected to remain in power through 2021. That would make him Japan's longest serving prime minister. His achievement is not sufficiently appreciated in the West. While continuity marks Japanese politics at the macro level—Abe's Liberal Democratic Party has ruled Japan for all but five of the last 63 years—the careers of most prime ministers are brief. Indeed, Abe's first go at the job lasted a single year, 2007-2008. He returned to power in 2013 on a program of economic stimulus ("Abenomics") and national pride. Two polls conducted by Japanese newspapers last month showed that his administration continues to be popular.

A close relationship with the president of the United States is essential to Abe's foreign policy agenda. His objective is to put to rest some of the lingering consequences of the Second World War. These include a Japanese constitution that has not been amended or revised since its ratification in 1946; the disposition of four "Northern Territories" that are part of the Kuril Island chain disputed with Russia; and the return of Japanese citizens abducted by North Korea. The U.S.-Japan alliance is the backstop for Abe's interactions with Russia, China, and the Koreas. Keeping President Trump happy, the thinking goes, is the secret to that alliance.

That is why Abe took the opportunity to become the first world leader to meet with Trump after his election in November 2016. In all, Abe has met with Trump 10 times. They've talked on the phone some 30 times. They've played 27 holes of golf. The upshot of this personal diplomacy has been a productive working relationship. The two leaders orchestrated the "maximum pressure" campaign against North Korea that resulted in last summer's Singapore Summit between Trump and Kim Jong Un. Trump incorporated Abe's concept of a "free and open Indo-Pacific" region into his December 2017 National Security Strategy. And Trump has encouraged Japanese patronage of U.S. defense companies even as he gripes that Japan doesn't buy enough American cars.

Abe is used to dealing with strong personalities. Northeast Asia is filled with nationalist leaders whose interests do not align. Looking warily to the north, Abe has met with Vladimir Putin 24 times. Two weeks ago, he designated his foreign minister to negotiate with Russia over the Northern Territories. The discussions are likely to touch on political, economic, and security issues as well. As usual, Moscow's actions do not match its words. Russia announced construction of military bases on the islands just as talks were set. Russian Tu-95 Bear Bombers regularly circumnavigate the Japanese archipelago.

Abe visited Xi Jinping in China last October. The two leaders pledged cooperation, encouraged currency swaps, and signed $18 billion in trade deals. Xi also said he would visit Japan, probably when the G20 meets next summer in Osaka. Analysts here said the meeting was an example of Abe hedging his bets against an unpredictable and possibly unreliable Trump. But the smiles should not obscure the antagonistic reality of the Sino-Japanese relationship. For China, Japan is an obstacle to becoming a superpower. For Japan, China is a long-term strategic threat.

The immediate danger comes from North Korea. Kim Jong Un launched 85 missiles and conducted four nuclear tests between 2011 and 2018 before pausing his activity and moving it underground. The Japanese support Trump's attempt at bilateral negotiations with "KJU." But they are not optimistic. Nor do they have reason to be. There has been no apparent move toward denuclearization in the months since Singapore. The North Koreans refuse to submit even the most basic declaration of their nuclear inventory. Some worry that KJU will convince Trump to sign a deal giving up his ICBMs in exchange for an official end to the Korean War. Missing from the deal would be the intermediate-range missiles aimed at Japan.

South Korea may refrain from lobbing weapons at Japan, but its behavior is not exactly what you would call "friendly." Bilateral relations between Tokyo and Seoul have not been strong for some time. Washington acts as a go-between, fostering trilateral cooperation against Pyongyang. A recent spate of court decisions in South Korea has reopened issues of compensation for forced labor during the Second World War that the Japanese have long considered settled. Like many of his predecessors, President Moon Jae-in has appealed to anti-Japan public sentiment in order to bolster falling approval ratings. He sometimes appears friendlier with KJU than he does Abe. I spoke to several people here who reminded me that Moon's family hails from the north.

This volatile situation, combined with the fear that the United States is losing its appetite for global leadership, is behind Abe's attempt to revise the constitution. He wants to clarify the status of the Japanese Self Defense Forces in the maintenance of Japanese security. The change would be largely symbolic, but symbols matter. The window for revision is closing, however, as many expect the LDP to lose seats in the upper house elections scheduled for next year.

Whether or not the revision becomes law, Abe is moving ahead with a defense buildup. Military spending has increased in each of the last seven years. Japan plans to buy as many as 150 F-35s, making it the largest foreign purchaser of Lockheed's joint strike fighter. It will repurpose one of its destroyers as an aircraft carrier. It owns five Aegis cruisers and is building a ground-based "Aegis Ashore" system. The Japanese Constitution limits the military to self-defense operations. But that does not make the Self Defense Forces any less lethal, or their deterrent effect any less important. Last summer the Kaga, a helicopter destroyer, participated in exercises with the U.S.S. Ronald Reagan in the South China Sea. The message was not lost on China. Two People's Liberation Navy frigates trailed the Japanese ship.

Abe's political longevity, nationalism, and evident belief in peace through strength are characteristics he shares with America's 40th president. And they are not the only ones. Abe is a champion of free trade. His successor to the failed Trans-Pacific Partnership, ratified last March, goes into effect at the end of this year. He has pushed several privatization initiatives—a law allowing private firms to operate water supplies was passed the other week. He wants to increase options for day care to allow more women to enter the workforce.

Abe is arguably the most pro-immigration prime minister in Japanese history. An immigration bill passed two weeks ago will drastically increase the number of "temporary" foreign workers allowed into Japan. What one official described as the "economic realities" of an "aging society" with a significant "labor shortage" has overwhelmed cultural proscriptions against immigration. There already are more than a million foreign workers in Japan. Soon there will be more. Japanese note that most convenience store clerks are from abroad. What was novel in America a generation ago, when Apu Nahasapeemapetilon debuted behind the counter on The Simpsons, is now the reality here.

Kunihiko Miyake of the Canon Institute for Global Studies says Abe has been able to control the "dark side" of nation-state populism that has been roiling international politics for the last several years. Abe's skill at political maneuvering has made him not only a successful Japanese politician, but also one of the most successful democratic statesmen in recent memory. Nor is 2021 necessarily the end of his career. There is a chance the LDP will change its rules so Abe can continue as leader and serve an unprecedented fourth term as prime minister. Another option would be to have Abe's top lieutenant serve a term before Abe returns to office. The prime minister may have picked up a few things during those meetings with Putin.

Japan under Abe has gone a long way toward becoming a "normal" liberal democratic country. It has an advanced and capable military and a globalized, high-tech economy. It will soon have a burgeoning immigrant population. As I wandered among Tokyo's vast shopping districts and beautiful temples, however, I wondered what the country might be giving up as it becomes more integrated into the liberal mainstream. If the arguments being advanced in Japan to support immigration are similar to those made in the West, the consequences of such immigration are likely to be similar too. Income inequality, for example, is on the rise. Cultural tensions and battles over identity are sure to follow. Shinzo Abe is Japan's Ronald Reagan. Who will be its Donald Trump?

US and Japan Conduct War Games To Counter China 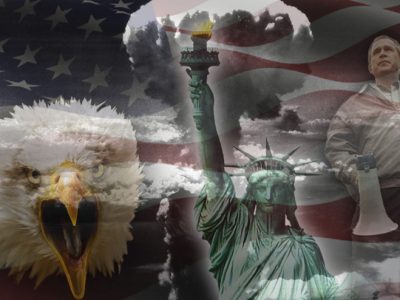