The Ten Best Cigarettes in the World

It isn't, actually. But the other day—was it Wednesday?—I saw people tweeting about National Beer Lovers’ Day, another one of those fake marketing holidays. There were Coors Light ads all over the Internet, which was nice, I guess.

Tobacco companies never get to do things like this. Outside the pages of a handful of enlightened magazines, cigarettes are not advertised in this country. Meanwhile, journalists discourse endlessly about the goings-on at Apple.

From now on, Sept. 9 should be National Cigarette Day. In honor of this fake fake holiday, here are the 10 best cigarettes in the world: 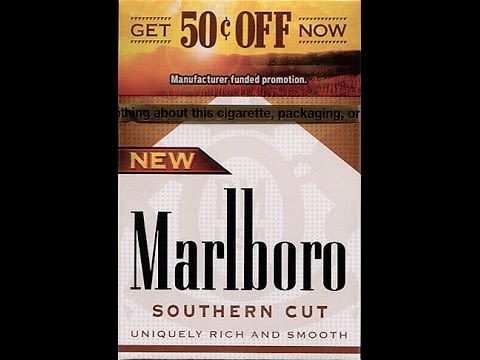 Medium body with hints of bourbon and buttered corn on the cob.

Of the many frequently discounted Marlboro offerings, this is the only one fit for human consumption. It's been years since I've had one, but I'm sure one toke would bring me back to the days when I would bet $10 on red in roulette once a week at the Indian casino in order to support my tobacco habit. I always won, and so will you with these.

They still make these bad boys unfiltered, though they have become extremely difficult to find. They are the exact same cigarette Ike smoked when he banished the forces of darkness from Europe. 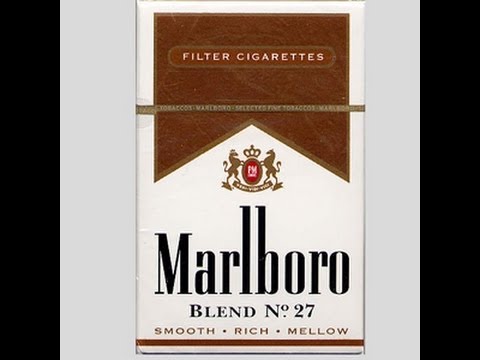 This was for many years my go-to alternative cigarette. Less harsh than Reds but not a taste-free nicotine fix like Lights. A favorite of, among other luminaries, The Spectator‘s longtime "High Life" columnist. 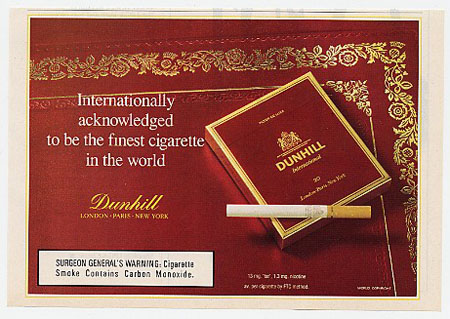 These are very expensive. They are also a delight to smoke. The packaging is, I think, second to none. Ladies and gentlemen, these are what you pull out when what you want to say is, "I dare you to try to bum one of these." 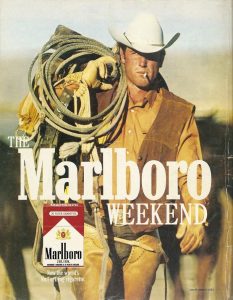 The one and only, of course. The flagship Marlboro is the most iconic cigarette, at least for smokers under the age of 60. I smoked these more or less exclusively for a long time, though I now find that, like every other additive-infused smoke, I can power through one in less than a minute, which is hardly ideal. Still: to light one of these again is to strum away at those mystic chords of memory. 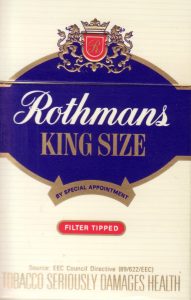 One of the preferred cigarettes of a man who, among a certain set, did more to evangelize on behalf of our habit than the Marlboro Man and Joe Camel combined. Another rather expensive British import that will reward those who take this thing of ours seriously. 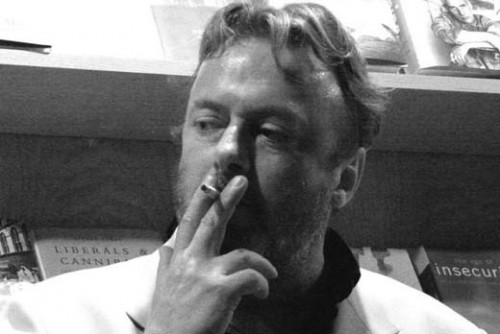 (Not technically an ad but it should be) 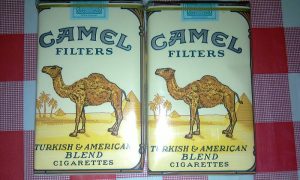 The funny thing about Camels is that while I have never smoked them consistently, they remain in many ways my favorite non-premium cigarette. Unlike most of their additive-infused competition, they smoke at a moderate pace, with no chemical undertones. The packaging is classic. Buy unfiltered in a soft pack if you can find them. 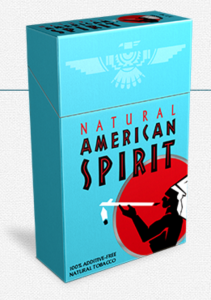 This has been my daily cigarette of choice for something like three years now, and, God willing, shall remain so till I go to my eternal rest in the hope of the beatific vision. Switching to an additive-free cigarette—the cigarettes one's grandfather smoked—is a life-changing experience. My lungs are so strong that I could smoke one of these as quickly as my untutored companions do their Marb Lights—but why would I? 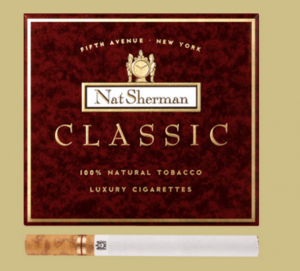 This is the most luxurious smoking experience one can have, with a price tag that makes you remember it. I think that even if I were a billionaire I would limit myself to two or three packs a month—to do otherwise would be vulgar, like serving Dom Perignon at a barbecue. 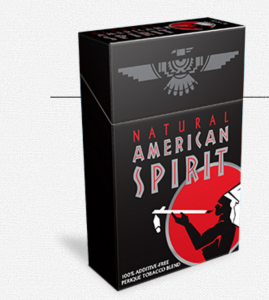 Where do I begin? The richness as the first whiff enters the nostrils, while the cigarette rests coyly unlit between forefinger and middle? The preposterously decadent—forgive me if I lapse into the language of chocolate makers here—first inhale? The ambrosial aftertaste? I constantly entertain the idea of switching to these full time, but instead I smoke two packs of these for every four packs of its blue counterpart even though there is no difference between them in price. I do it for the same reason I don't overindulge in Nat Shermans—because I am not a boor. Perique is a very special fermented tobacco that hails from a single parish in Louisiana. I do not know the name of the genius who had the idea to start using the name of this locale for cigarettes—a great failing of mine, though not as great as you not giving these a try some time.