The 10 Best Horror Films of All Time

Allow me to declare a few of my prejudices here. In Danse Macabre, Stephen King makes a useful distinction between terror, horror, and gross-out. Terror, "the finest of the three," he says, is the dread of the unknown, the thinking the unthinkable; while horror is the sublime apprehension of the previously unknown. The gross-out is bugs and blood and vomit and people jumping out at you. When I think of the "good" qua the somewhat inappositely named horror genre, I am thinking mainly of the terror quotient—how long can you keep us squirming, questioning, reassuring ourselves while we wince at noises we hadn’t noticed before? The best films are those that never bother with the catharsis of horror per se and never even approach the gross-out.

This will go a long way towards explaining some of my omissions. Zombies, for example, are incapable of inspiring terror; Night of the Living Dead is an action picture—one that, with its focus on logistics, reminds me of classic heist films—whose villains happen to be reanimated corpses.

While I agree with Andrew Tudor that the presence of a "threat" is the narrative element that makes horror horror, I am loath, for purely perverse and personal reasons, to think of films that take place in space or involve aliens as opposed to supernatural forces as being examples of the genre. In other words, no Alien or The Thing, threat-centered and brilliant though they are. Ditto serial killers, masked men, cannibals, hillbillies: films about these guys are thrillers. Sorry, fanboys: no Freddy, no Jason, no Michael Myers, no Italian schlockfests with babes drenched in buckets of blood.

I have also left out many otherwise excellent horror films from the silent era on the grounds that sound is more important in this genre than in any other. 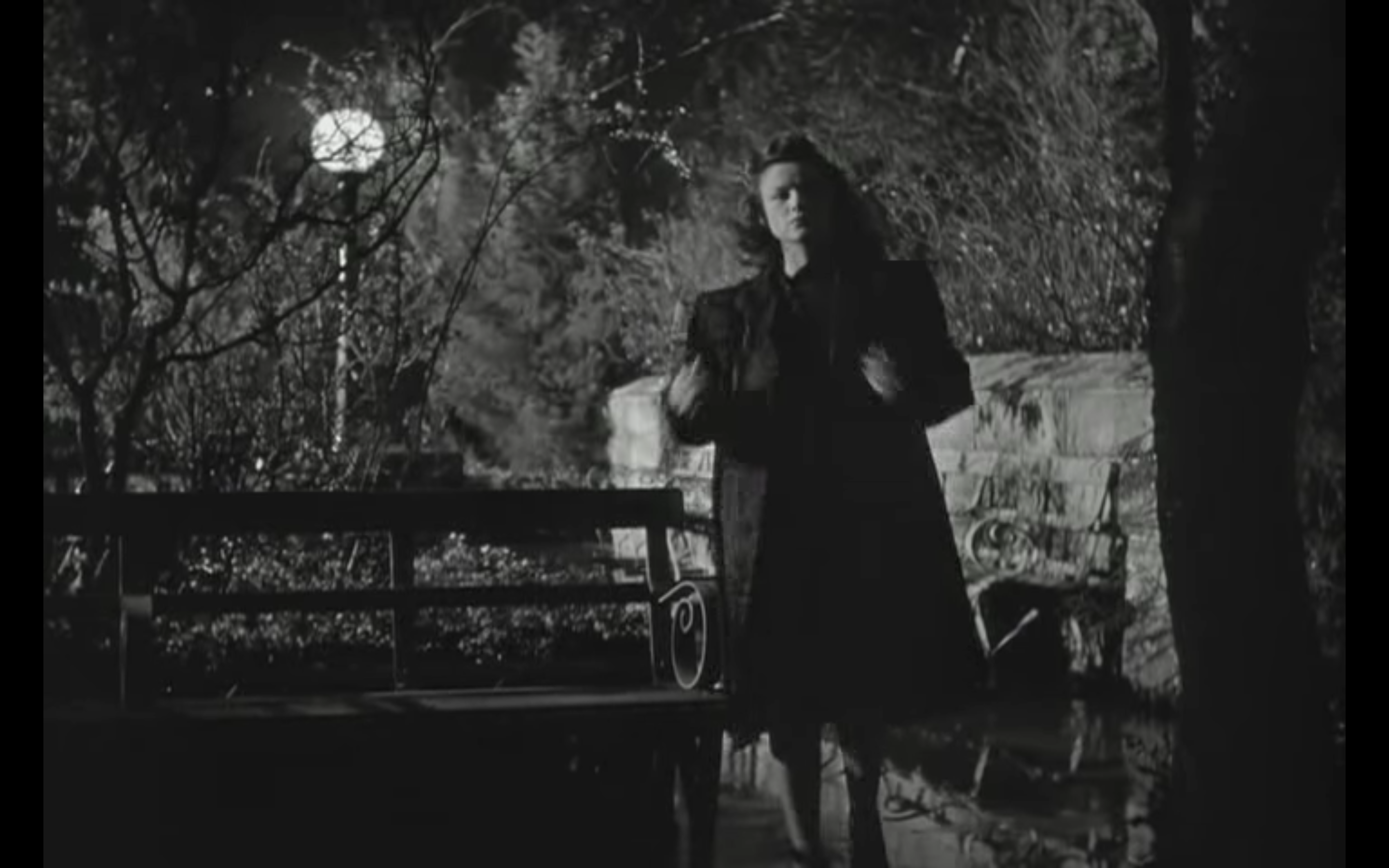 When Val Lewton was put in charge of horror at RKO, he was given almost total freedom. Two conditions applied: the films must cost no more than $150,000 and the studio would choose the titles. His first (and well-under-budget!) outing with Jacques Tourneur in the director’s chair is his best—a brooding, foggy tale of doomed romance and atavistic evil. 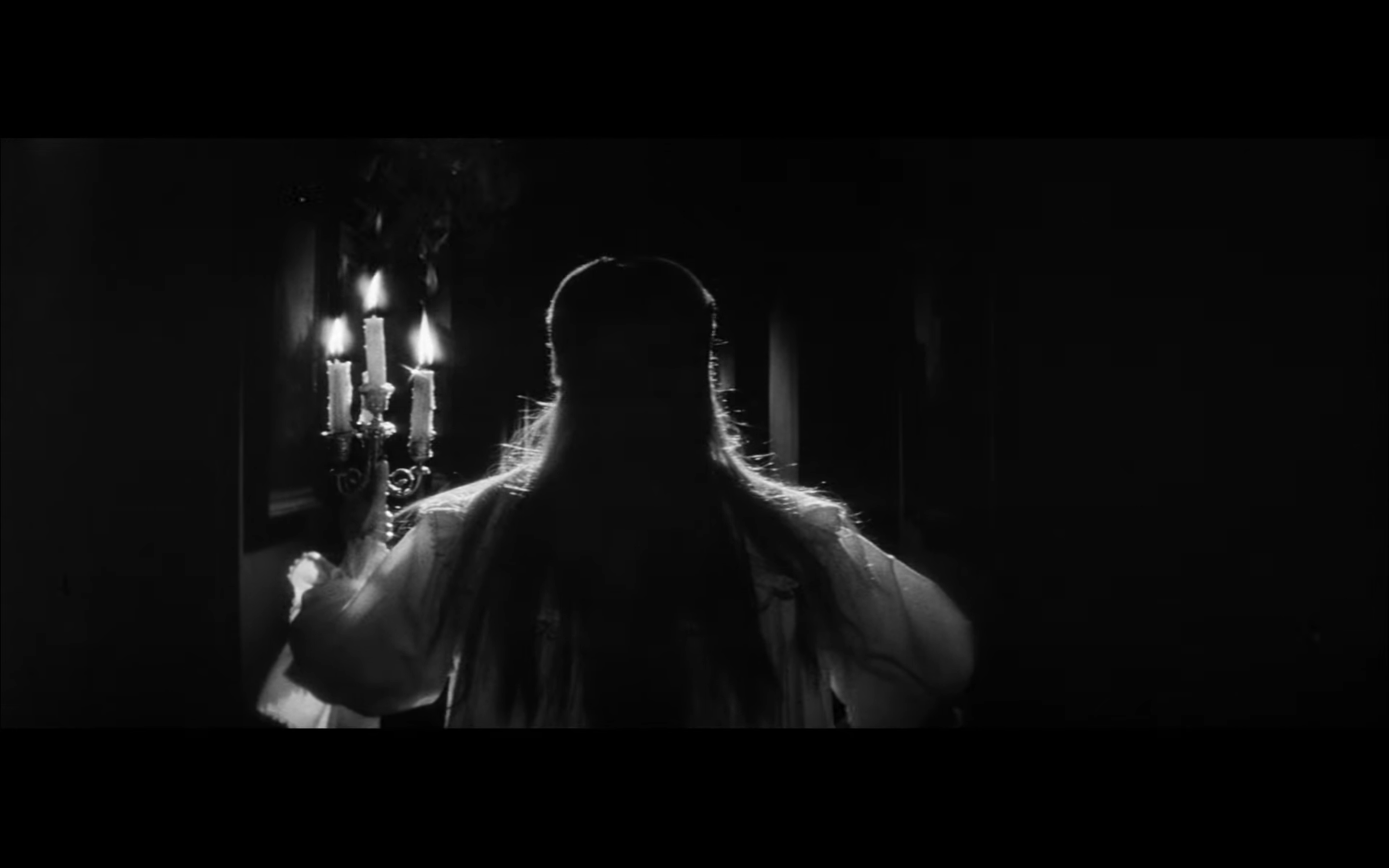 The list of  "Great Films Adapted from the Works of the Markedly Baroque Prose Stylist Henry James" is pretty short. In fact, this is probably the only item on it, though it is not the only attempt at filming The Turn of the Screw, the only James most people have read. Perfectly staged and shot, subtly acted, superbly paced—as a cinematic ghost story adhering strictly to the conventions of that hoariest of sub-genres, The Uninvited is rivaled only by the film that I’ve placed at the top of this list. 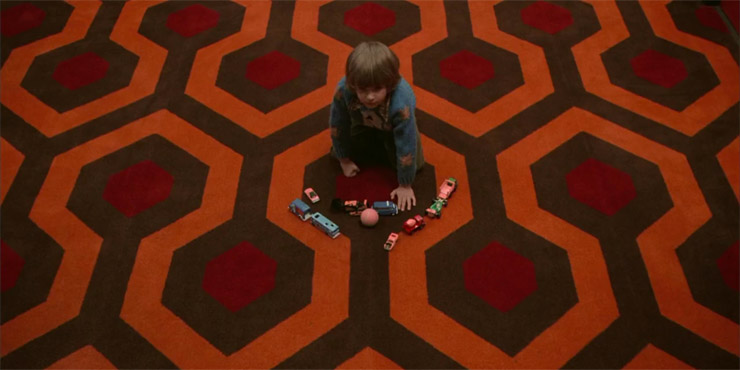 Like The Incredible Shrinking Man, this is a film about geometry. Previous haunted house pictures featured static angles of rococo interiors because feeling cramped is scary. What Kubrick shows us with his steadicam and empty floors is that whether a space is large or small is a matter of perspective. Jack Torrance, like Scott Carey in reverse, grows and grows—this is the best movie ever made about werewolves—as the Overlook Hotel becomes too small to accommodate both his family and all the ghosts, metaphorical and otherwise. 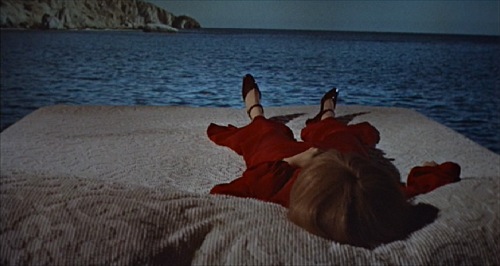 Though I have a very high opinion of this film, I hesitated about putting it on this list. In some ways it is horror by chance. The plot in outline is the same as that of Polanski’s other mature masterpieces, Chinatown and The Tenant: an unsuspecting protagonist is drawn into a dimly apprehended conspiracy and can do nothing about it. I feel safe about my choice, though, when I think about what he does with space here. What’s behind that wardrobe? Does this passage lead there? What about that window near the bassinet at the end? 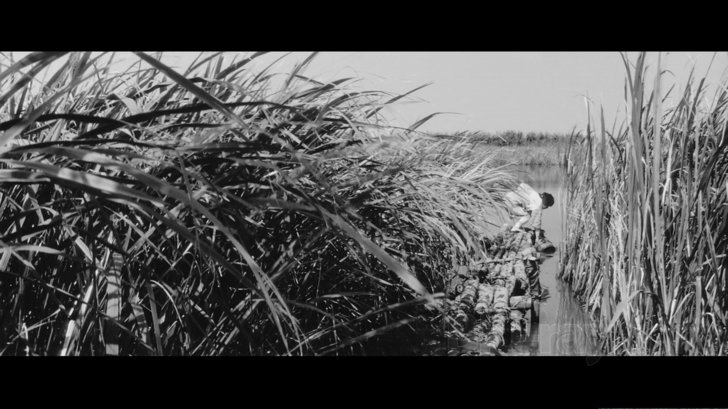 I am not a fan of contemporary J-Horror, whose directors seem to have learned nothing from the subtle craftsmen of the ’60s who gave us Kwaidan and this period masterpiece about jealousy. 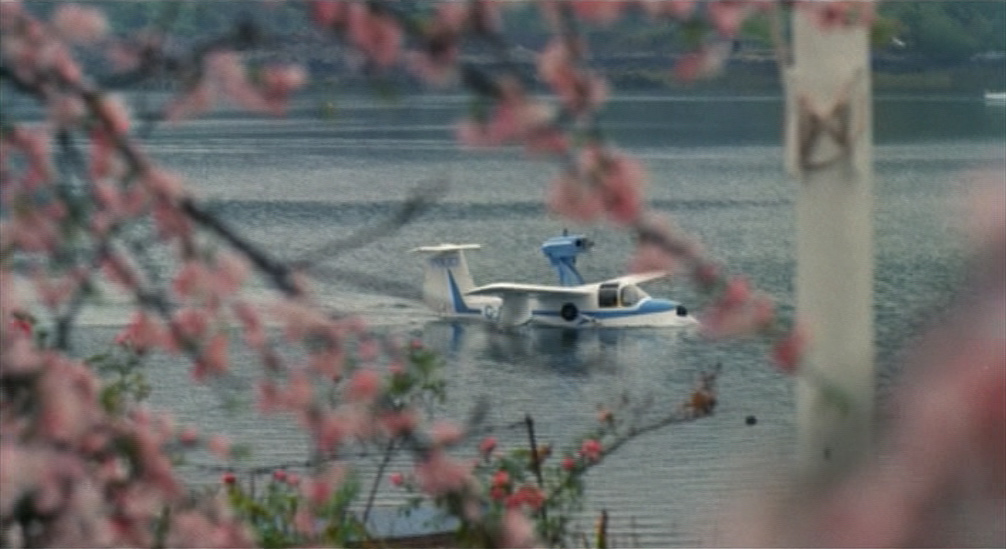 My list of honorable mentions could have been made up entirely of ’50s-era Hammer features: I love the clothes, the country houses, the ambience of tweed and gin—things that can be appreciated in a film that fails, as so many Hammer pictures do, in conventional narrative terms. Arguments can be made that this later effort is tonally inconsistent, but I have always found that the comedy and Fairport Convention-esque musical interludes contribute to the film’s peculiar atmosphere. The cinematography is gorgeous: I could watch half the scenes in with the sound off and not be frightened at all. Anyway, this is a very singular picture—nothing like it had been made before and nothing quite like it has come around since. The only choice here you’re allowed to question, even hate. 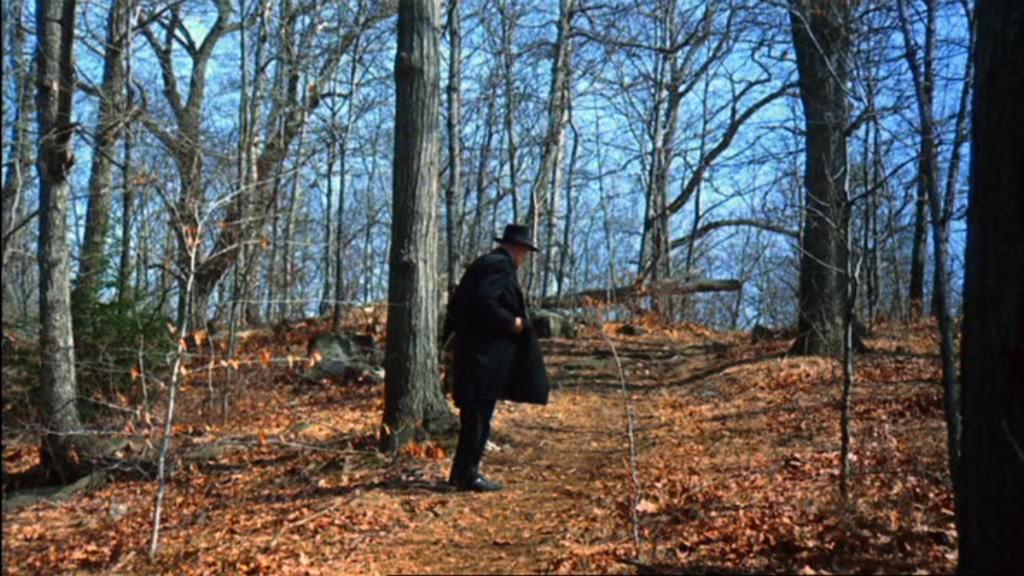 This is really a film about the Roman Catholic Church after the Second Vatican Council—Fr. Merrin illustrates the "hermeneutic of continuity" for the young Jesuit Fr. Karras. In the words of the catechism, Satan "act[s] in the world out of hatred for God and his kingdom in Christ Jesus … his action may cause grave injuries—of a spiritual nature and, indirectly, even of a physical nature": no myth, no metaphor, no abstraction. Probably the only exception I can think of to my strictures about the badness of gross-out. 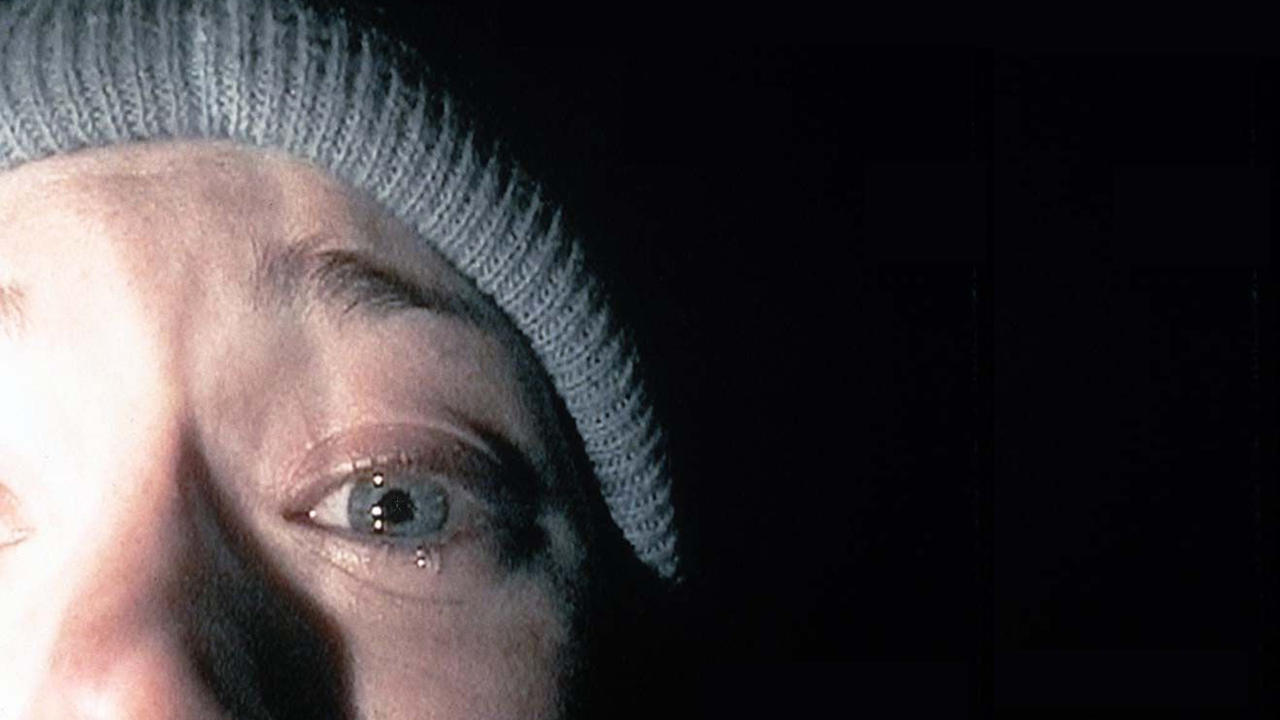 Minute for minute, this is the most terrifying film on the list. It is like a sinister machine designed by cthonic engineers to inspire dread—tight, efficient, relentless. For all its innovation—the less said about the film’s countless imitators, the better—it has the quality of a folktale or a campfire story: what happens when you stray from the right side of the river. It is also a cautionary tale about the follies of youth and a Heideggerian parable about technology. My wife punched me the first and—if she has her way—only time we watched The Blair Witch Project together. People mock Rachel’s confession and the final scene in the house much as they do the devil himself—because they are afraid. 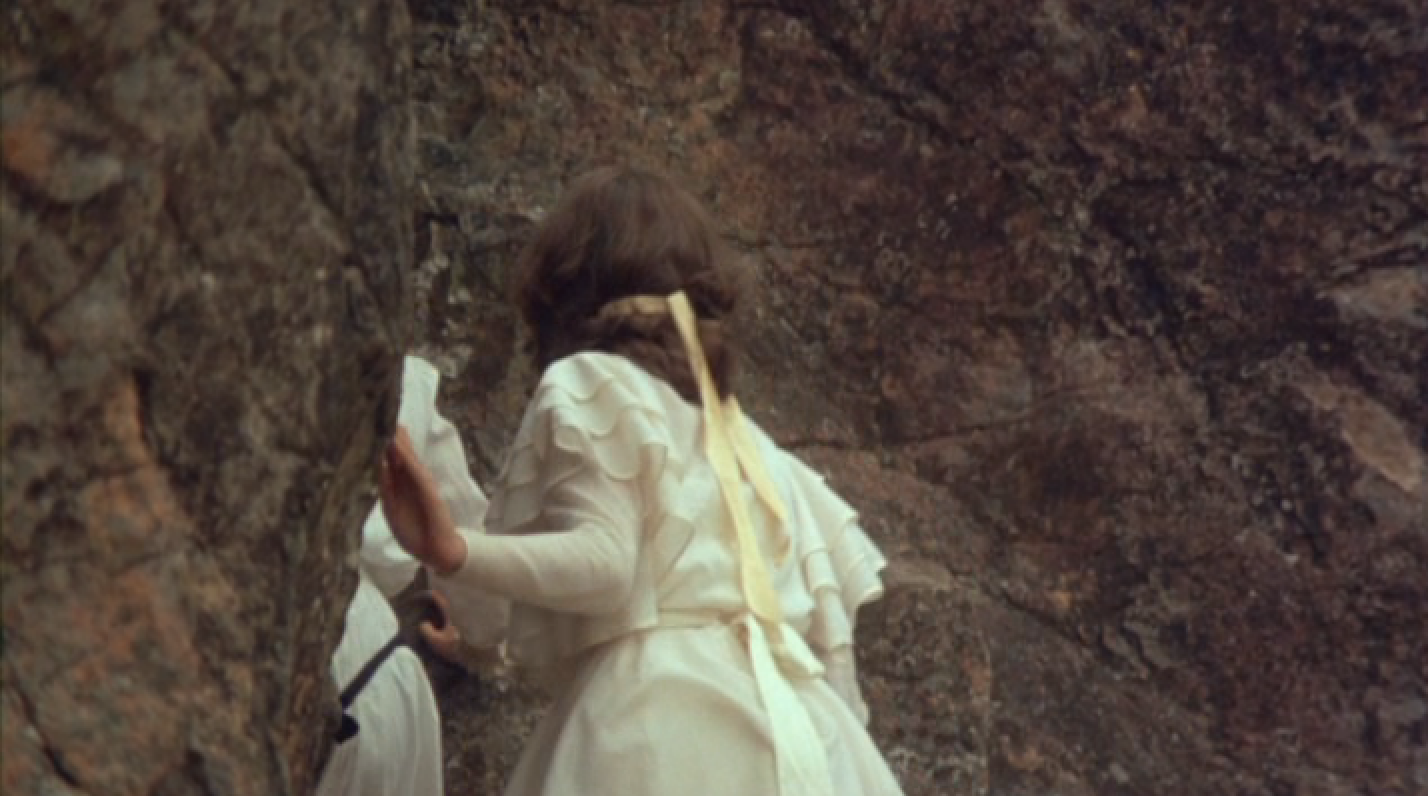 Let’s keep this one short. Every shot is beautiful; every note in the soundtrack is haunting. Where are those girls? Any answer—perhaps especially the popular one about some kind of gap in the space-time continuum into which they are absorbed—not only trivializes but misses the point, namely, that we cannot know. Epistemic disjuncture might be the scariest thing there is.

What can I say about this extraordinary film? First, I think it is the best adaptation of any novel to the screen, just edging out David Lean’s beautifully melancholy version of Great Expectations. It is a consummate masterpiece, brilliantly directed and acted, above all a triumph of production design, of lighting, of sound. Every frame is suggestive: the heads of aegipans loom around every corner; goatlike faces appear in the walls; every shadow is alive.

What happened decades ago in this house of secrets? The script hints at incest, murder, other unspeakable evils. Yet Julie Harris’s Eleanor never wants to leave. She wants to sleep in the bedroom where the door moves of its own accord and stand on the balcony from which she nearly falls to her death after falling into a trance and waltz with invisible partners in hallways crumbling all around her. Why? Kipling knew:

Whispers shall comfort us out of the dark—
Hands—ah God!—that we knew!
Visions and voices—look and hark!—

BONUS: I Married a Witch 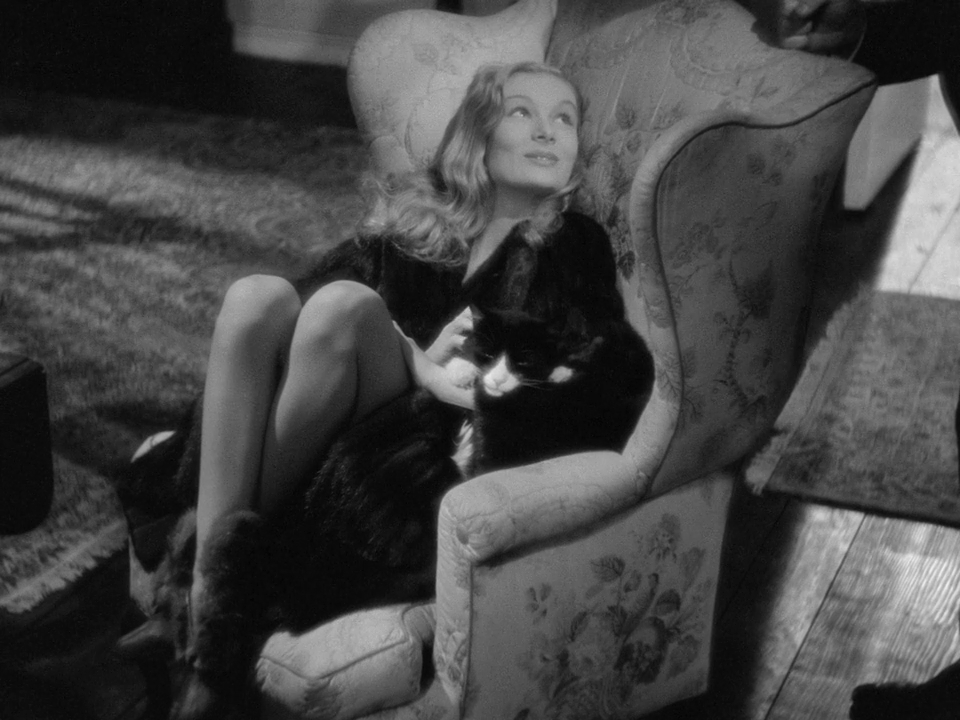 Your best bet if you want to watch something with a ghost or a witch or what-have-you this weekend but get spooked too easily.