Grandmother Hillary Clinton, 67, is vying to become one of the oldest world leaders in history. In order to achieve that goal, however, she may have to defeat a slate of Democratic challengers who are even older than she is.

That sounds hard to believe, but it’s true. In addition to Clinton, the 2016 Democratic field could include: California governor Jerry Brown, Vice President Joe Biden (the presumed frontrunner), and Socialist Senator Bernie Sanders.

In such a scenario, Brown would be the oldest Democrat in the race; he’ll be 78 in 2016. Biden will be 73. Sanders will be 75. Hillary, who will be 69 on Election Day, would be younger by comparison. If Elizabeth Warren decides to run, she would be the youngest Democrat, thought not by much. Warren will be 67 in 2016.

UPDATE: Following the publication of this post, the Free Beacon was notified of a "mayor trolling fail [sic]." Former Senator Jim Webb of Virginia, the prospective Democratic frontrunner if Biden declines to run, is also older than Hillary. Webb will be 70 years old in 2016. God bless Dave Weigel for alerting us to the error. 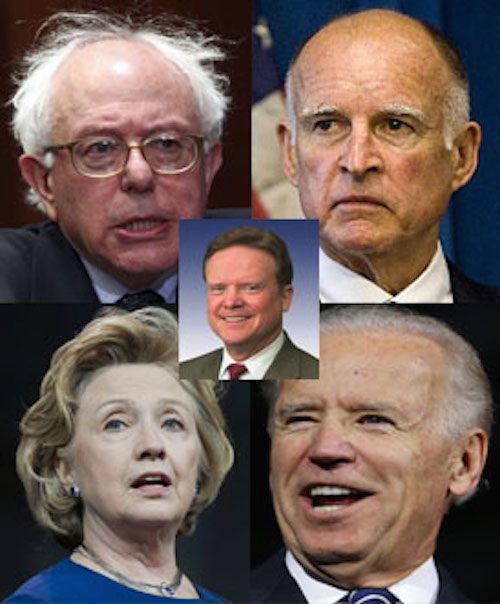 For Biden Family, a History of Tax Problems