On this year in 2008, Lehman Brothers, filed for bankruptcy. The firm's stunning collapse—it was the largest corporate bankruptcy in American history—precipitated the demise of the global financial system and the onset of the Great Recession. Founded in the mid-1800s, Lehman Brothers had a good run, and donated a lot of money to politicians in an effort to advance its vision. Hillary Clinton, for example, was a top recipient of Lehman Brothers cash. 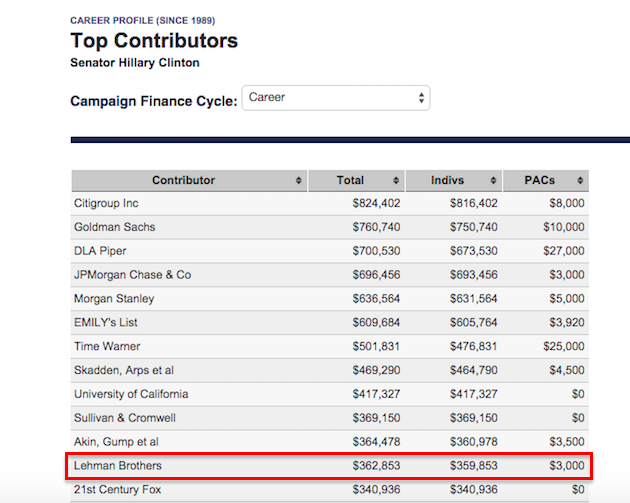 With Lehman confined to the dust bin of history, the four remaining Wall Street firms on the list will have to pick up the slack, as Hillary Clinton's struggles to maintain her position as Democratic frontrunner. She is running for president because she wants to be a champion for disadvantaged Americans.

Have a wonderful Lehman Brothers Collapsiversary!