I am not a Pumpkin Spice Latte person. I like pumpkin pie okay, but it's maybe my fourth favorite pie. I drink pumpkin beer, but I don't really look forward to it all year or anything. Eating pumpkin seeds strikes me as weird, but it's a free country, brother.

I lay all this out so you have some sense of where I'm coming from when I say that I find the anti-pumpkin animus in this country wholly bizarre and entirely out of proportion to the influx of pumpkin-related products on the market. Consider, for instance, this tweet from Kemberlee Kaye, one of my favorite tweeters:

There's a lot of anger there! You get the sense that if, say, Ted Cruz were giving a speech about alcohol and mentioned pumpkin beer she'd start booing and try to shout him down. Her fury of rage strikes me as remarkably irrational. I don't quite get it. It's not as though breweries stop making regular beer and only stock pumpkin-flavored brews. One of the great things about America is the wide variety of alcoholic beverages we can enjoy for relatively low amounts of money. Why get upset about what others are consuming?

Part of the problem, of course, is that it has become very popular to pronounce how profound and passionate your pumpkin pain truly is. John Ekdahl, who is wrong on most things, was, oddly, right about this:

At some point it became hip to hate on pumpkins. You’re all a bunch of followers. #PumpkinStrong

No ciders, though. Gross.

(Just kidding! Cider is great, if you're into that sort of thing.)

Important update: Following an outpouring of support on Twitter, I purchased a pumpkin spice latte to show solidarity with the #PumpkinStrong movement. 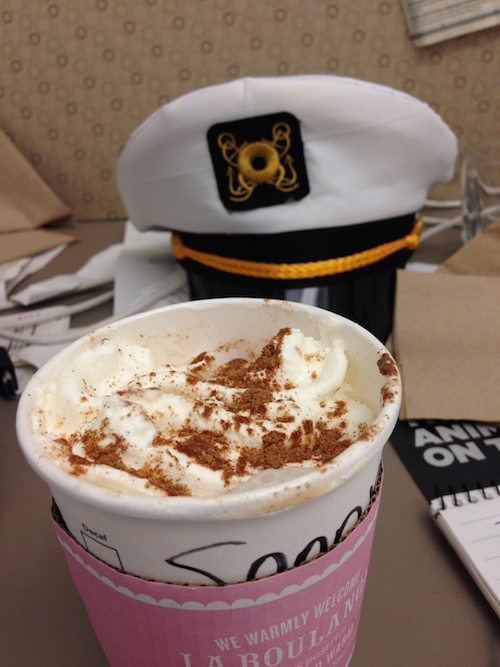 I mean, it's okay. It smells more pumpkiny than it tastes. And really, it smells more cinnamony than anything else. But whatevs. I'm just glad I had the choice to try it out. #America #Freedom #ConsumerChoice #Hashtags #Brands