Paul Krugman thinks Amazon.com is too powerful and that the federal government should do something about it. In his latest column, Krugman criticizes Amazon over its dispute with publishing company Hatchette, and even compares the online retailer to Standard Oil, the Gilded Age conglomerate that was declared an illegal monopoly by the Supreme Court:

If you haven’t been following the recent Amazon news: Back in May a dispute between Amazon and Hachette, a major publishing house, broke out into open commercial warfare. Amazon had been demanding a larger cut of the price of Hachette books it sells; when Hachette balked, Amazon began disrupting the publisher’s sales. Hachette books weren’t banned outright from Amazon’s site, but Amazon began delaying their delivery, raising their prices, and/or steering customers to other publishers.

You might be tempted to say that this is just business — no different from Standard Oil, back in the days before it was broken up, refusing to ship oil via railroads that refused to grant it special discounts. But that is, of course, the point: The robber baron era ended when we as a nation decided that some business tactics were out of line. And the question is whether we want to go back on that decision.

But that’s not all. Krugman goes on to suggest that Amazon’s "curious" behavior could be motivated by a right-wing bias. Or even worse, they might be acting at the behest of the nefarious Koch brothers:

Specifically, the penalty Amazon is imposing on Hachette books is bad in itself, but there’s also a curious selectivity in the way that penalty has been applied. Last month the Times’s Bits blog documented the case of two Hachette books receiving very different treatment. One is Daniel Schulman’s "Sons of Wichita," a profile of the Koch brothers; the other is "The Way Forward," by Paul Ryan, who was Mitt Romney’s running mate and is chairman of the House Budget Committee. Both are listed as eligible for Amazon Prime, and for Mr. Ryan’s book Amazon offers the usual free two-day delivery. What about "Sons of Wichita"? As of Sunday, it "usually ships in 2 to 3 weeks." Uh-huh. 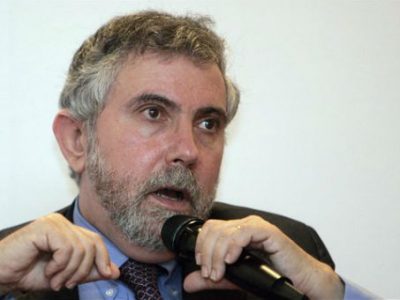 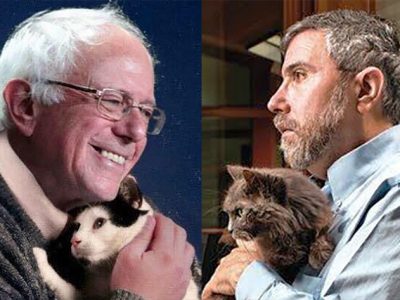