A new website attacking "Marco ‘Amnesty' Rubio" has the Trump campaign's fingerprints on it. A link to the website—RubioAmnestyPlan.com—was first Tweeted out by Trump aid Daniel Scavino on Wednesday:

Everything about the website, the existence of which was first reported by Breitbart News, suggests that either Trump or his supporters are behind it. It echoes the attacks Trump has been making against Rubio—for the senator's role in crafting the "Gang of Eight" immigration reform bill, but also for drinking water and being sweaty. 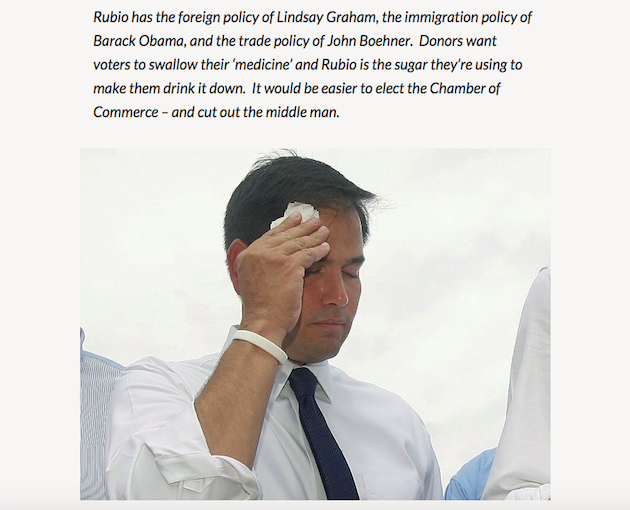 "Marco Rubio is Jeb Bush without the honesty," the site reads, referring to the Senator as a "donor class puppet" whose "only accomplishment in Congress has been to betray the American people" on issues such as immigration and "Obamatrade." 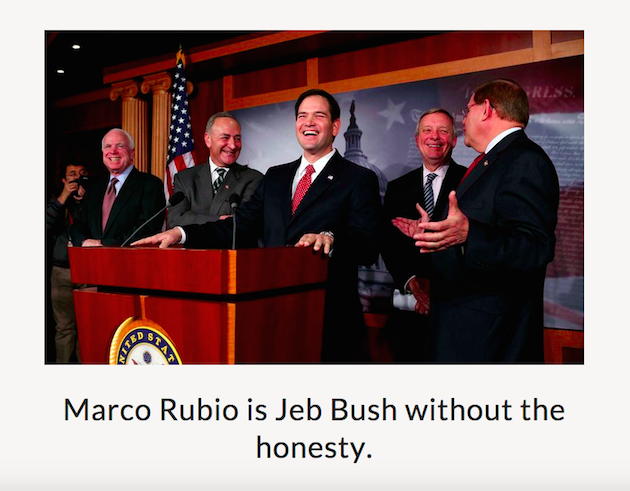 The provenance of the website is unclear. The domain was privately registered earlier this week with a Canadian firm. If the site is affiliated with the Trump campaign—if it was paid for with campaign funds or staff hours—a failure to disclose the connection could violate Federal Election Commission (FEC) rules. Donald Trump was booed last month during a speech at the Values Voter Summit in which he called Rubio a "clown."

The Trump campaign did not return a request for comment.

Twelve Days That Will Shake the World

PREVIEW: Everything You Need to Know About the Final Trump-Biden Presidential Debate