Hillary seen as less 'honest and trustworthy' than Donald Trump

A couple of new polls came out this week that show just how awful Hillary Clinton is as a candidate.

A Fox News poll released Wednesday shows that Hillary's support among Democratic voters has fallen 17 points since June to 44 percent. Support for Bernie Sanders has surged 15 points to 30 percent over that same period. Joe Biden isn't even running, and he's polling at 18 percent. Hillary leads Donald Trump in a head-to-head matchup by just four points, which is pretty embarrassing.

Hillary's numerous scandals, from the Clinton Foundation donations to her private email server, seem to be taking a toll. By a margin of 62 percent to 35 percent, most voters are concerned these scandals would have a "serious effect" on a potential Hillary Clinton administration. A whopping 58 percent of voters believe Hillary is lying about her State Department emails, including 31 percent of Democrats, 64 percent of independents, and 52 percent of female voters.

A Quinnipiac poll published Thursday is even worse for Hillary. In head-to-head matchups, she trails GOP candidates Ben Carson (7 points), Jeb Bush (2 points), and Carly Fiorina (1 point). Biden, on the other hand, is shown tied with Carson and beating Bush and Fiorina. By a margin of 55 percent to 41 percent, more voters view Hillary Clinton unfavorably than favorably. Biden, by the way, fares much better with a favorable/unfavorable rating of 50 percent/34 percent.

Shockingly, voters are more inclined to say Donald Trump is "honest and trustworthy" than they are to say the same about Hillary Clinton. That's really embarrassing. 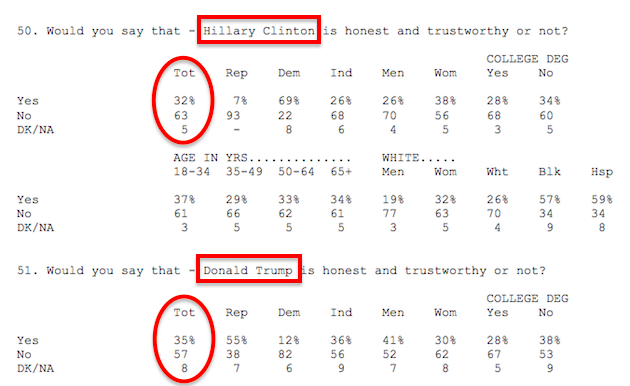 Joe Biden is crushing them both.

Trump is also beating Hillary on the question of leadership. 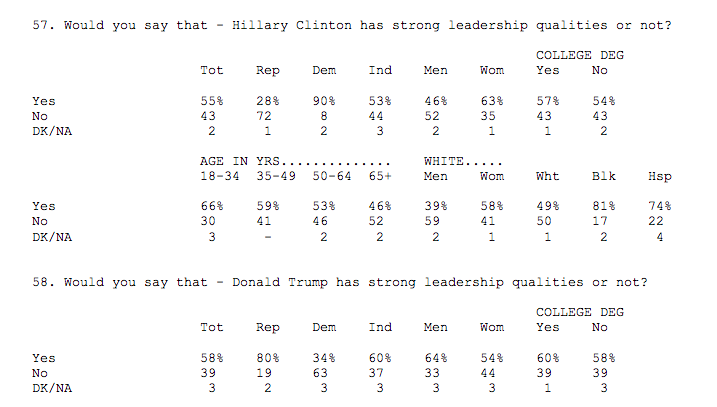 That is utterly humiliating. And yet most pundits still consider her the prohibitive frontrunner to win the Democratic nomination and the presidency. Maybe it's time to correct the record. 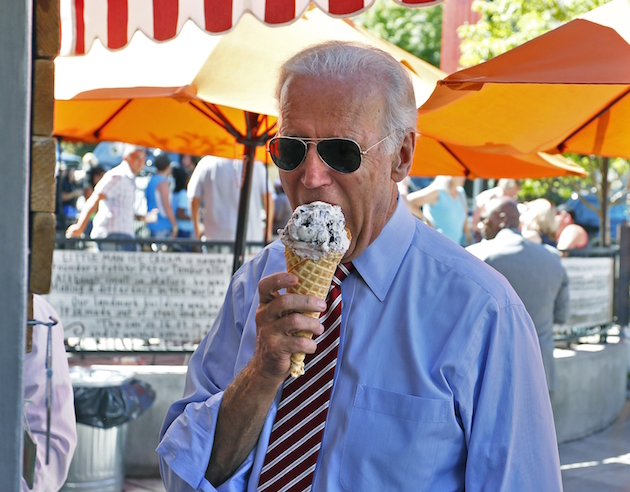