Political journalists are going to love the Hillary Clinton presidency. Judging by the way Team Clinton has responded to a series of books that are critical of the elderly homeowner and her philandering husband, it will be a real treat to cover them in the White House (again).

According to Politico, for example, public relations representatives for the Clinton family have issued a joint statement condemning the recent publication of "trashy" books by Ed Klein, Daniel Halper, and Ronald Kessler, all of which reflect less than favorably on the Clintons. The spokesmen condemned the "despicable" authors, arguing that "their behavior should neither be allowed nor enabled," and called on "legitimate media outlets" to promptly censor them.

The anti-Clinton authors are big fat liars, they argue, and should all be forced to take a polygraph test in order to prove it. That’s an interesting thing to say, given that Hillary once claimed her faith in polygraphs was "forever destroyed" when the child rapist she was defending (and apparently believed to be guilty) took one and passed after professing his innocence.

Emails show that McCurry, who was interviewed for Halper’s book, was angry that Halper "did not write the book he advised [Halper] to write, but instead wrote an attack on Clinton," behavior that clearly should not be allowed. McCurry also suggested that Halper’s book was "not a book that deserves to be re-reported by other news orgs."

If Clinton is elected in 2016, and this behavior continues, which it definitely will, reporters won't be able to say they weren't warned. 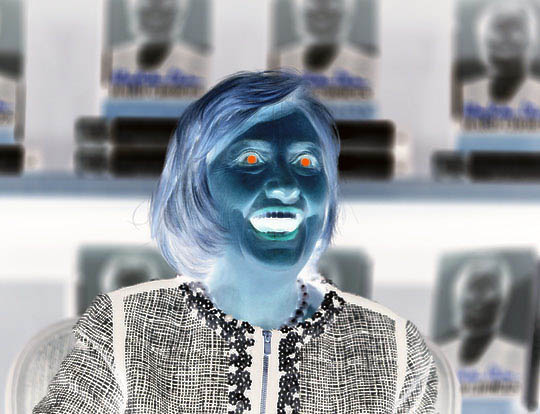