As world-renowned data scientist Nate Silver explains: "Democrats Are Way More Obsessed With Impeachment Than Republicans." For example, nearly every time the word "impeachment" has been entered into the Congressional record this month, a Democrat said it.

Surely the wingnuts at Fox News have been using the I-word more often than the intellectual pundits at MSNBC, right? 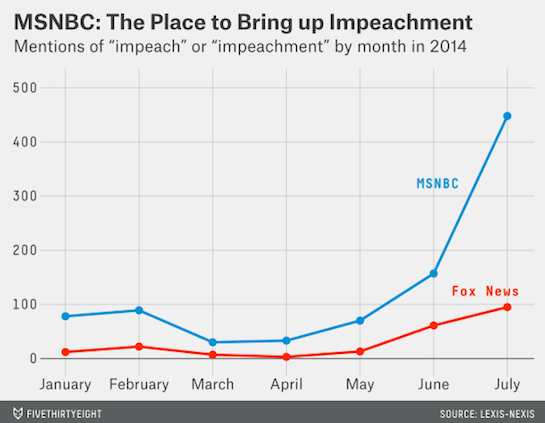