The Democratic Congressional Campaign Committee has an unusual way of showing respect for our veterans. Check out their latest attack on Lee Zeldin, an Iraq War veteran who served in the 82nd Airborne Division, and who is running for Congress in New York:

Sent @leezeldin the same badge of courage today that the Wizard of Oz gave the Cowardly Lion http://t.co/rjNHDnidPc pic.twitter.com/C54UWGZaAn

Get it? The DCCC is sending an Army major and war veteran a fake badge of courage. Cool photoshop, bro!

The real hero, of course, is this guy: 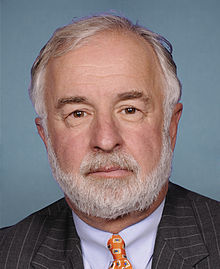 That's Congressman Tim Bishop (D., N.Y.), the man Zeldin is running against. Before getting elected to Congress, Bishop was the honorable provost of Southampton College. Bishop has bravely defended the country against Paul Ryan's secret plan to murder the poor and elderly, and take us back to the 19th century, or something like that.