A brief followup on Tuesday's post: D.C.'s city council voted to pass an increase to the minimum wage that will, literally, only apply to one employer.* That employer, understandably, is annoyed and has announced that it plans to cancel the openings of three stores in the city. This means that hundreds of jobs will not be coming to the city. But Vincent Orange—who may be the single stupidest politician in America, and has been plagued by scandals, to boot—ain't care: "We’re at a point where we don’t need retailers. Retailers need us," Orange said. He then suggested that the city will just build an amusement park or a soundstage in the empty lot.

Like I said: Vincent Orange is the stupidest politician in America.

Let's look at the facts: 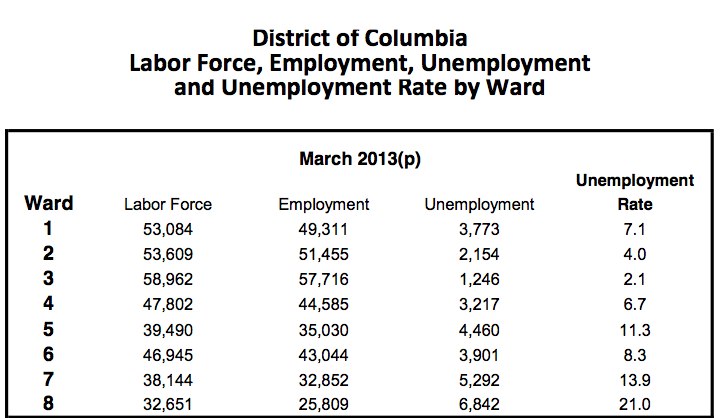 Wards 5 and 7 are where the proposed Walmarts would have been located. And Ward 8 residents would have found plenty of opportunities at Walmart.

But hey. Who cares about them? I'm sure they're happy with their double digit unemployment rate while the rest of the city prospers. Vincent Orange, the Stupidest Politician in America, has no plan to help them.

*Technically it applies to any retailer with more than a billion dollars in revenue and stores with more than 75,000 square feet. But there are carveouts for union shops (no surprise, since they backed the passage of this bill in order to stifle competition because union shops can't compete on the merits) and existing retailers.