Are coloring books communist propaganda? Is it a sin to misspell one of the Ten Commandments? Does my ex-girlfriend ever gaze out into the starry yonder and ask, "What if?"

I don’t know. But I do know that the purpose of Ted Cruz to the Future: Comic Coloring Activity Book is not to entertain. It is to indoctrinate—into liberalism.

Why Cruz is getting his own coloring book is a mystery. Last I checked we’re still funding Obamacare. Is Cruz (R., Texas), who may I remind you went to Ivy League schools, really the "positive role model and real life superhero" described in the book’s introduction? I’d use those words to describe Jonas Savimbi. Not Cruz.

Perhaps it shouldn’t surprise me that a work dedicated to a RINO would impart leftist hokum on young minds. The ugly truth became apparent when I saw the nature-themed cover, which was printed on—it pains me to say to say this—"Soybean Ink Recycled Paper." The book resembles a flier for the Sierra Club. I was embarrassed to be seen coloring in it during brunch at Tryst. 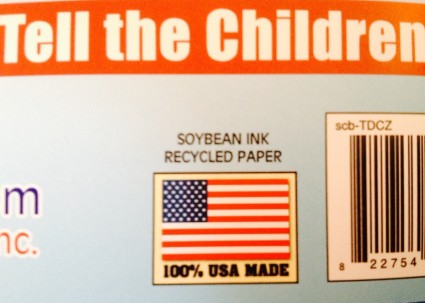 The moment I opened Cruz to the Future I fell face-first into a poisonous cloud of liberalism. There was socialist icon Franklin Delano Roosevelt in a collage of "Historic American Leaders." One of the characters in the book holds, yes, a frisbee. I rest my case. 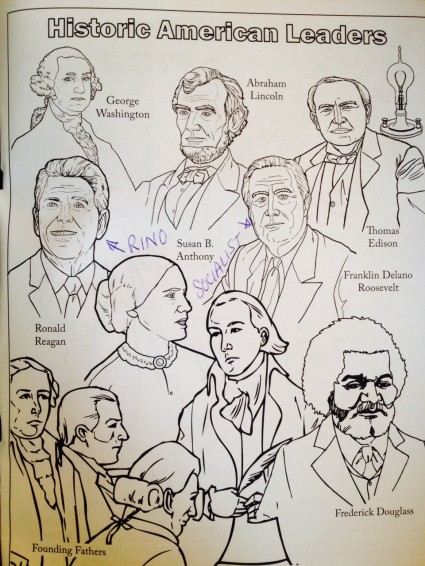 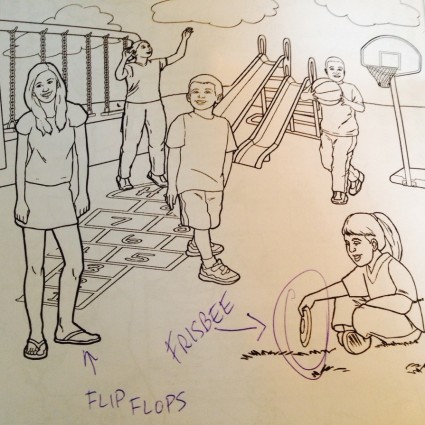 The lyrics to the "Star-Spangled Banner" make an appearance, but the authors only bothered to include the first verse. Maybe the publishers couldn’t afford another page of soybean ink recycled paper. Or maybe they just don’t give a damn.

I found the Ten Commandments on page 14, and colored the tablets a greyish brown, like granite. Then I spotted the typo: "Thou shalt not commit adultry [sic]." Blasphemous? Probably. 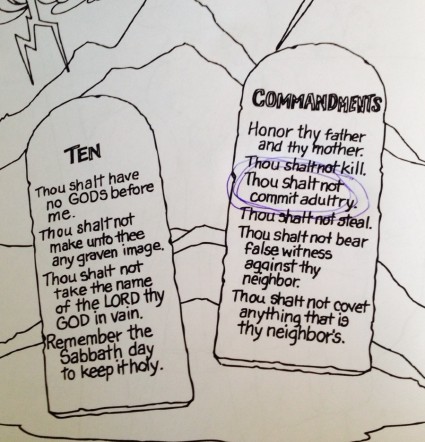 The Pledge of Allegiance deserves more respect than it receives here. On page 15, children are encouraged to have their parents sign a form giving them permission to recite the pledge in class. That’s like asking permission to breathe!

On page 16, there’s a "Certificate of Participation" everyone receives for saying the pledge and becoming a "Gold Star Member" of a non-existent club—a sad, soon-to-be artifact of a generation coddling itself into extinction.

Also, the word search and maze were ridiculously easy. 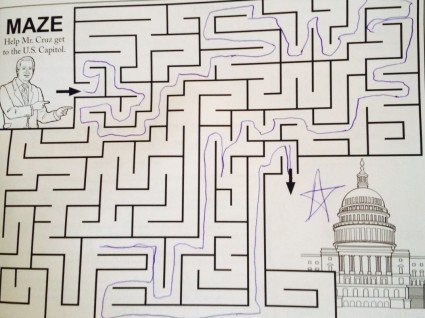 Still, there are some praiseworthy aspects of this 24-page effort. It hadn’t occurred to me that American school busses could be emblazed with "U.S.A. #1" on their sides until reading Ted Cruz to the Future before my Bar Method class. It’s a wonderful idea. 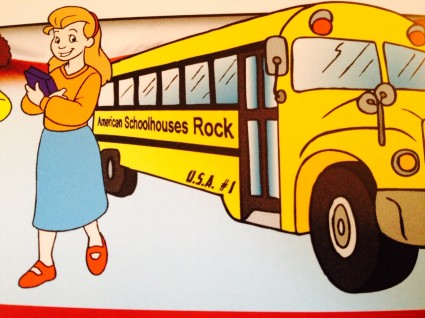 The authors also did a good job explaining the significance of Cruz’s failed anti-Obamacare filibuster in language most children can understand. "This speech was so important because millions of citizens believe Obama Care is worse than any war," they write. "Many, including Obama’s own supporters, feel the president has betrayed millions of Americans." I couldn’t have said it any better. Biff out.