I couldn't stop laughing. A day after Buzzfeed ran Kate Aurthur's breathtaking scoop about how—brace yourself—not all American Christians are Unitarians, I saw this hilarious letter written by some flunky on the business side of things at the former cat blog's London bureau in response to employees' attempts to unionize. Forgive me for quoting it in full:

I’m writing because we recently received a letter from the National Union of Journalists saying that some of you favor union recognition. Before any decision is made, it is incredibly important to me that I have a direct line of communication with all of you, that I know about any concerns, complaints, or suggestions for improvement you have, and that we can speak openly and directly with each other.

Lenke Taylor, our Chief People Officer, feels the same way and has worked with the US editorial team to improve clarity of job titles, career paths, compensation benchmarking, benefits, diversity initiatives, and securing additional budget to fund these programs. We were in the process of extending this to the UK when we received the union letter and we’d like an opportunity to talk directly with you before you make any irreversible decisions.

In the past, I’ve said I don’t think a union is in the best interests of BuzzFeed or our employees. Unions represent employees around a rigid skillset that doesn’t reflect the fluid and flexible way we work, they introduce an extra layer of bureaucracy and process, and they unnecessarily divide our teams, limiting the many benefits of everyone being part of a venture backed tech company. Some outside activists have criticized my motives or my character but I want all of you to know that my top two priorities are serving 1) the public, and 2) the people who work at BuzzFeed. We are focused on building a strong business because it allows us to serve the public and employees, not the other way around. I can only prove that to you with my actions and I hope you give me the chance. The first step is talking directly, we want to hear your concerns and have a chance to address them.

Lenke is flying to London today to get the conversation started with the Edit team this week, but will be available this week and next to meet with anyone interested in connecting. She will explain some of the changes we made in the US, but more importantly she’ll solicit feedback and suggestions for things you want improved at BuzzFeed. Then I’ll be in London the following week, mostly likely Friday 12/9, so we can talk more. I’ll also be there through the weekend and without my family so I’d love to host a (totally optional!) brunch and/or afternoon at the pub to talk in a less formal setting.

"Buzzfeeders"; "incredibly important to me"; "direct line of communication"; "Chief People Officer"; "securing additional budget [sic]"; "ventured backed tech company"; "get the conversation started"; "Edit team [sic]"; "solicit feedback"; "global company"—savor this bizarre lingo, a hodgepodge of cooing therapy-speak, ungrammatical bureaucratese, barely disguised condescension, and camp counselor cool-talk with hints of New Age and Silicon Valley. It reads like parody, but this is really how these people talk. It is the lingua franca of an entire generation who have confused their self-aggrandizement and juvenile obsession with the genital side of things with an interest in justice and the common good. Usually this asymmetric set of priorities sits awkwardly in the background, distinguishable only as absence—cold-calling random pizza-parlor owners to ask whether they cater gay nuptials when they could be interviewing women who work three different grueling temp jobs in order to buy their children fancy soccer shoes.

But Buzzfeed has a kind of special genius for bringing things into relief, which is what news organizations are tasked with, after all. It's cute, isn't it, how they think—or would think if they were self-aware enough—that sociopathy disguised as #woke reporting gives cover for things like being against unions? A month never goes by without my revisiting my favorite piece that has ever run on the website: "46 Beautiful Rainbow Brand Logos Celebrating Marriage Equality." Did you hear that, kids? Corporations are very good—in fact they are beautiful; even their damned logos are very-good-in-fact beautiful. 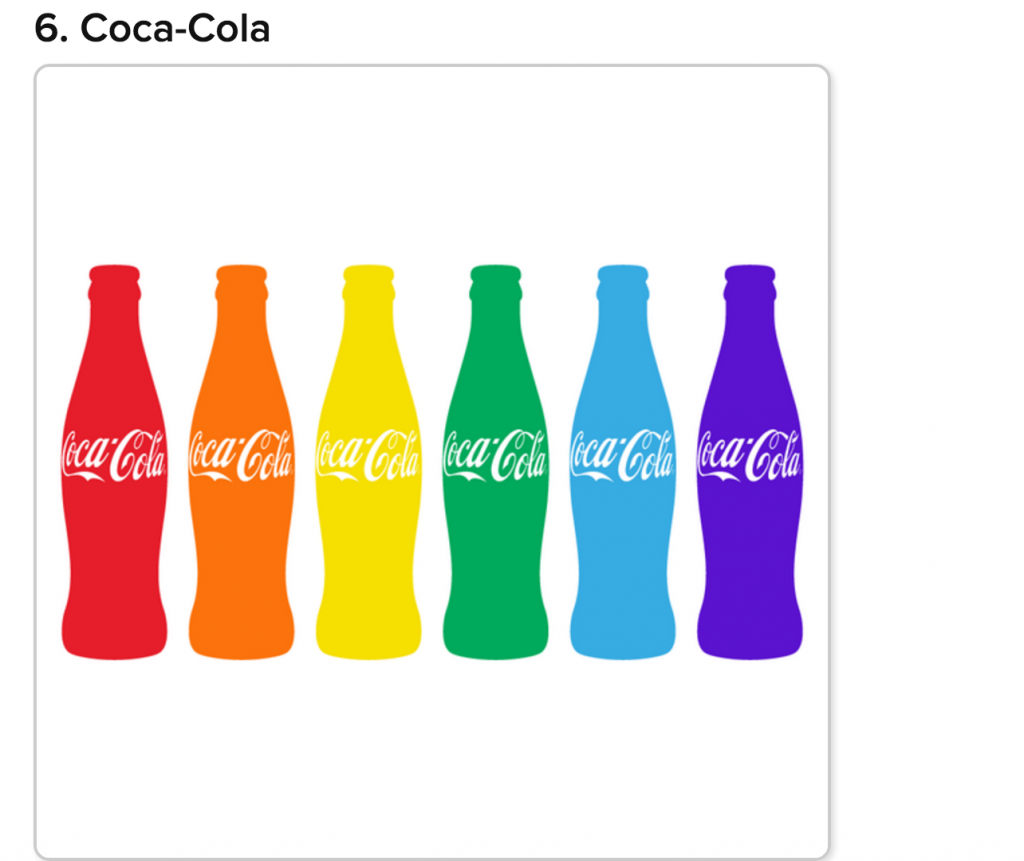 Does it never occur to them that maybe, just maybe Coke would rather have them write listicles about their hip marketing strategies than in-depth reports about their spotty labor record? That GAP would prefer more stories about rainbows and fewer about sweatshops in India? That tolerance and diversity blather is more congenial to Uber than talking about the legality of treating cab drivers as independent contractors? That, just as most corporations didn't give a toss whether Jeb Bush or Hillary Clinton was president, maybe most of them don't actually care one way or the other whether gay people are allowed to get married except insofar as it doesn't interfere with—or even gives them cover for—their ill-gotten gains. This, I think, is part of what the chairman of the Mahoning County Democratic Party was getting at when he said that "people in the heartland thought the Democratic Party cared more about where someone else went to the restroom than whether they had a good-paying job." My only quibble there is with "thought": many young self-styled progressives do care more about bathroom bills and gay marriage than about NAFTA.

There is so much more that could be said about all this—about how LQTBQ identity politics and the Bay Area "break shit" mentality are both the inevitable result of a disordered libertarian logic of self-invention that goes all the way back to the Prince of Darkness himself—but I have to go change a diaper. At least Huggies wasn't on that list.